On Veterans Day, We Remember 10 Racers Who Served

The heroic, the tragic and the extraordinary. 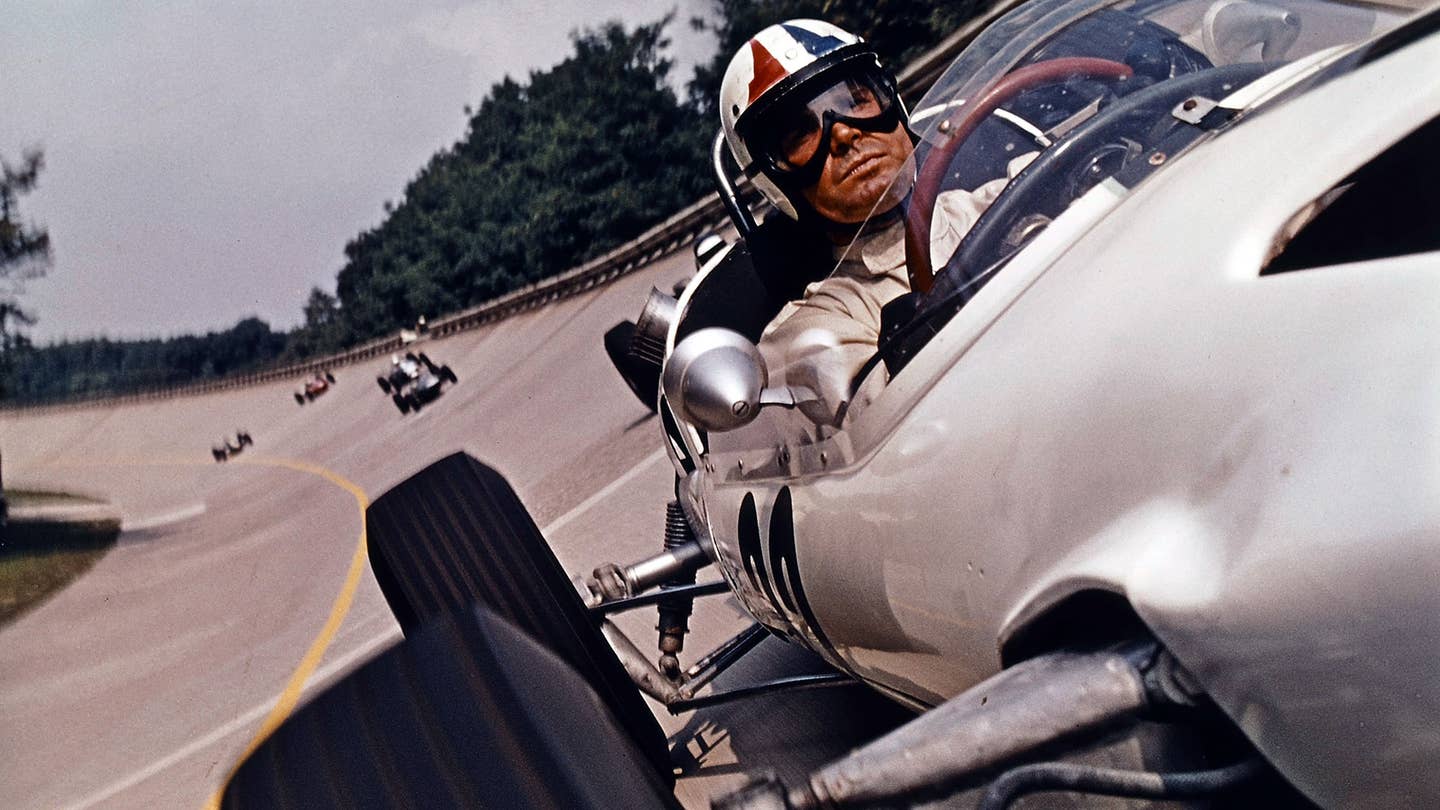 At home, we call it Veterans Day; abroad, Remembrance Day. It's a time to hold a thought for those who serve, and those who have served. As you might expect, there's a strong connection between the valor of the racetrack and the battlefield. Here, on Nov. 11, are ten of the fastest fighters.

They called him “Fast Eddie.” The man loved machines, a born speed demon, competing in the Indianapolis 500 four times before WWI broke out. He'd actually end up buying the track after the war, owning it from 1927 to 1945.

On the ground, a racer; in the sky, a warrior. During WWI, Fast Eddie was America's top-scoring air ace, destroying two-dozen observation balloons and enemy aircraft over his career.

Fitting, for a man whose service record is beyond legendary. Often seen striding into battle with a Scottish broadsword and bagpipes, he’s on record as the only known British combatant to have killed an enemy soldier with a bow and arrow. He survived machine gun fire, hand grenades and hand-to-hand combat; a motorcycling helmet probably wasn't even a consideration.

If you've seen Saving Private Ryan, you'll know that the U.S. Government didn't want multiple brothers serving in a single war, lest an entire family be wiped out. Still, all five Bailey boys enlisted in the armed forces, in one branch or another, during WWII. They all survived. Because badasses.

Dick Bailey was in the Army Air Corps from December 1942 to January 1946, fighting in the Pacific continuously without a break in duty. After coming home, he became one of the first pro NASCAR drivers.

A Lieutenant in a WWII reconnaissance rifle brigade, Rolt received several commendations for bravery. When the British Army was surrounded at Dunkirk, he was captured and made a prisoner. He then escaped… from seven different German P.O.W. camps.

Upon returning to England, Rolt returned to one of his prewar passions: Racing at Le Mans. In 1953, he won the 24 Hours outright behind the wheel of a Jaguar C-type.

Chuck Daigh could have spent the WWII working on civilian defense; he’d already helped build a breakwater to protect Long Beach from Japanese submarine attacks. Instead, he enlisted as a paratrooper and dropped into action on the Western front, winning a bronze star and a purple heart in the process.

Home again he began adding to his racing scoresheet, racking up a total of six Formula 1 entries. Daigh even claimed an overall victory at Sebring in 1959, sharing the cockpit of a Ferrari 250 Testa Rossa with the likes of Phil Hill and Dan Gurney.

Best known for his acting career, James Garner was also a dedicated track rat. Trouble was, most of the movie producers didn't want him risking his neck on the circuit. No problem: The man who played Maverick just went off-road, hammering through the desert in Baja racing.

Garner never touted his military career; he was even self-deprecating about it at times. But he was a hero: purple hearts, two of ’em.

All three of these men were well-respected Grand Prix drivers. But when Germany invaded France, they found a higher calling, joining the Special Operations Executive and going undercover with the French Resistance.

Grover-Williams was arrested during a raid and eventually executed. Benoist was captured, but escaped by leaping from a Gestapo car; he was smuggled out of the country, but later returned to France to continue the fight, only to be recaptured and executed in 1944. Just Wimille would service the war. He was killed during the run-up to the 1949 Buenos Aires Grand Prix.

A talented (if reckless) Aston-Martin works driver, Jock Horsfall was also legally blind. Near-sighted and afflicted with astigmatism, he nevertheless managed to pull off perhaps the single most important driving feat of the Second World War.

They called it Operation Mincemeat. The elaborate scheme revolved around dressing a vagrant’s corpse in officer’s clothing, planting misinformation in the jacket pocket, and dropping the body in Spain for the Nazis to find, luring SS forces away from Italy before the Allied Invasion of Sicily. Problem: How to get the corpse from London to a Spain-bound ship in Scotland before it began decomposing? Horsfall was up to the task, piloting a mad midnight dash across the U.K. in a hot rod Ford van. The corpse stayed fresh, the Nazis were fooled; Allied forces took Sicily, and toppled Mussolini, soon afterwards.

Few American aces ever saw one of the Luftwaffe's secret-weapon jet fighters. John Fitch did more than just see one: He shot it down.

Finishing his time as a P-51 Mustang pilot, Fitch took up in motorsport, climbing behind the wheel of everything from a Jaguar XK140 to a Mercedes-Benz 300SLR. Among many other victories, he'd take the win at the 12 Hours of Sebring in a Briggs Cunningham C4R, upsetting the Aston-Martin favorites.

None of us can imagine what it was like to land at Normandy on D-Day. The ground shaking, flanked by crump artillery, buzzing live rounds whistling past, that coldness in your stomach. But Bud Moore lived it. And he survived. By the War’s end, he’d tallied up five purple hearts, plus two bronze stars for his bravery.

As a car owner, Moore has employed NASCAR drivers from Darryl Waltrip to Dale Earnhardt. We remember him best for the orange Mustang Boss 302, driven by the legendary Parnelli Jones during the 1970 Trans-Am season.