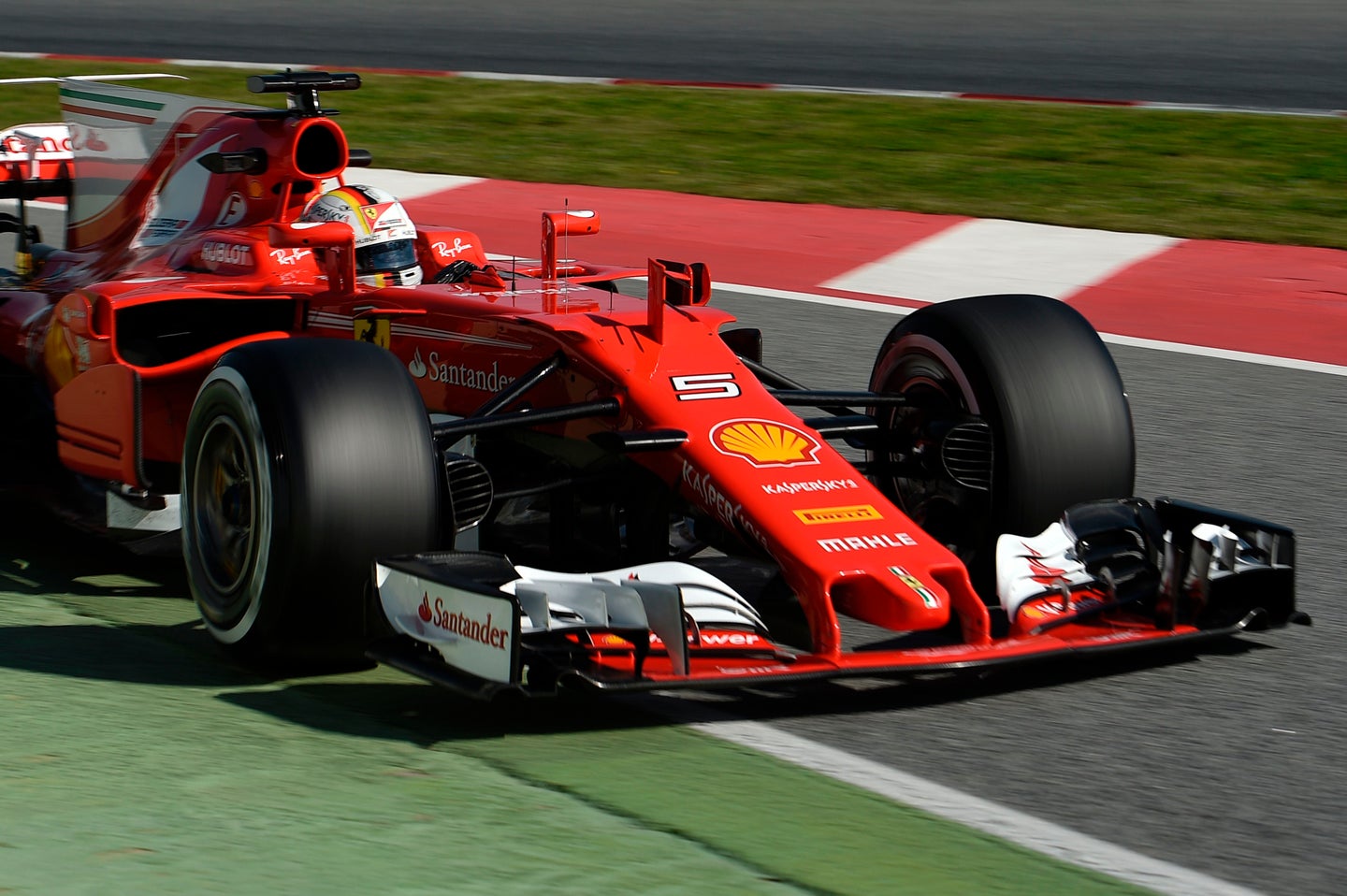 Saying that Ferrari driver and four-time Formula 1 world champion Sebastian Vettel "provocatively lifted on his fastest lap on the start and finish straight," Red Bull's head of motorsport Helmut Marko told Red Bull's Servus TV channel that "if you do something like this, then your self-confidence and the knowledge about having a lot more in the car is huge."

But despite Vettel's gamesmanship in Ferrari's new SF70H, Marko thinks that the engine mapping and fuel loads used in testing has kept the true potential of every car in the dark, according to Motorsport.com, noting that an extra 10 kg of fuel can mean the difference of 0.35 seconds, and revised engine mapping could potentially shave a full second off a driver's time.

"Nobody has shown their cards properly," Marko said.