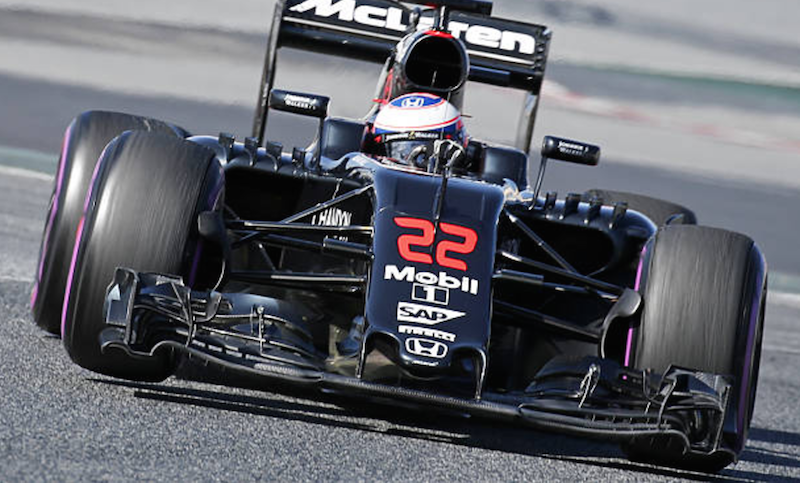 McLaren's Honda power unit experienced an electrical problem this morning during testing at the Circuit de Catalunya in Spain, and forced engineers to swap out Stoffel Vandoorne's engine. Fernando Alonso, McLaren's now long-suffering ace, failed to crack the top 10 in times despite having an engine that ran.

This is just days after an oil tank fault caused Alonso's engine to fail during the first two test sessions. It has not been an auspicious beginning to the 2017 season for the McLaren Honda F1 team. And this is the year they were expected to finally move out of the middle of the pack to take on the three teams that dominate the F1 podium: Ferrari, Red Bull Racing and Mercedes-AMG Petronas.

The gremlins in the engine are all electrical, says Honda engine boss Yusuke Hasegawa, who insists that all of the problems are solvable and the car will be a contender.

Meanwhile, the clock is ticking on Fernando Alonso's time in Formula 1. Widely acknowledged to be one of the best drivers in the sport, his career following back-to-back-championships in 2006 and 2006 has been afflicted by a decade of bad luck and poor timing. Alonso insists that he'll be returning after the 2017 season, and yet McLaren team manager Eric Boullier has expressed doubts over the Spaniard's future both at McLaren and in the sport.

“I hope he will [race in 2018] but I’m not sure,” Boullier said to Gazzetta dello Sport. “For sure Fernando is still at the top. The way he has prepared for this season is incredible, I was impressed. After so many years you could expect this guy to say ‘OK, I’ll take life more lightly’. But no, he is always focused. He is an example and an inspiration for many drivers, not only those who are in F1.”