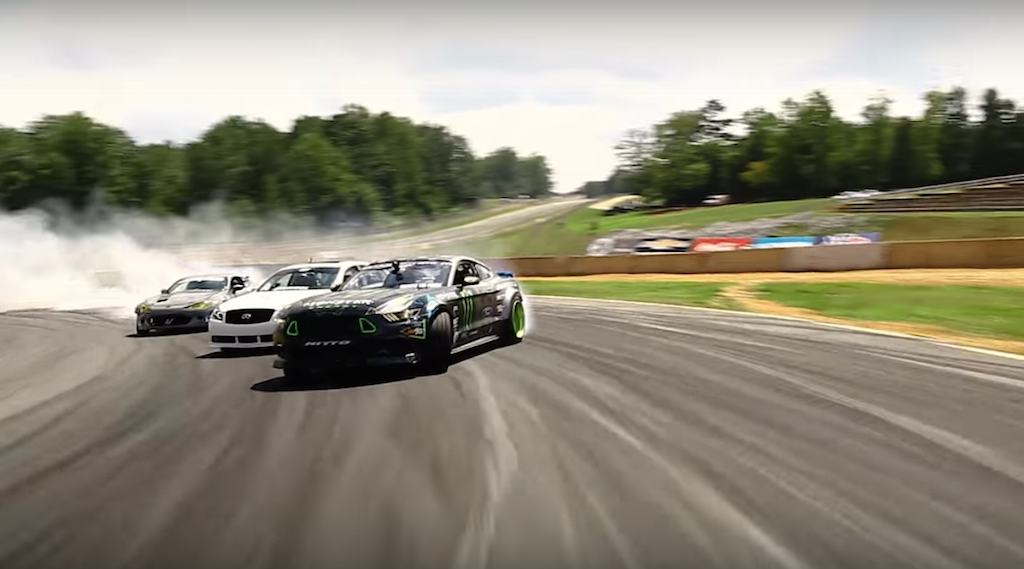 Drifting is difficult to master, so pro drifters Vaughn Gittin Jr., Ryan Tuerck and Chris Forsberg polish their craft every chance they get. Drifting YouTube channel Donut Media just shared some rad footage of the trio horsing around at Gridlife South in Atlanta, Georgia.

Check out the tight high-speed tandems and manjis here:

Donut Media thinks its video could be the best drifting footage ever. No, but it's certainly among the greats. Our favorite part? When Gittin Jr., surprise guest Geoff Stoneback﻿ in the Nissan S14, Tuerck and Forsberg dived into the downhill chicane, using the rolling camera car as a clipping point as they blast past sideways. Even the cameraman couldn't help but let out a giggle at the 2:37 mark.

Forsberg shared the moment on his Instagram so that you can all watch the moment—again and again: