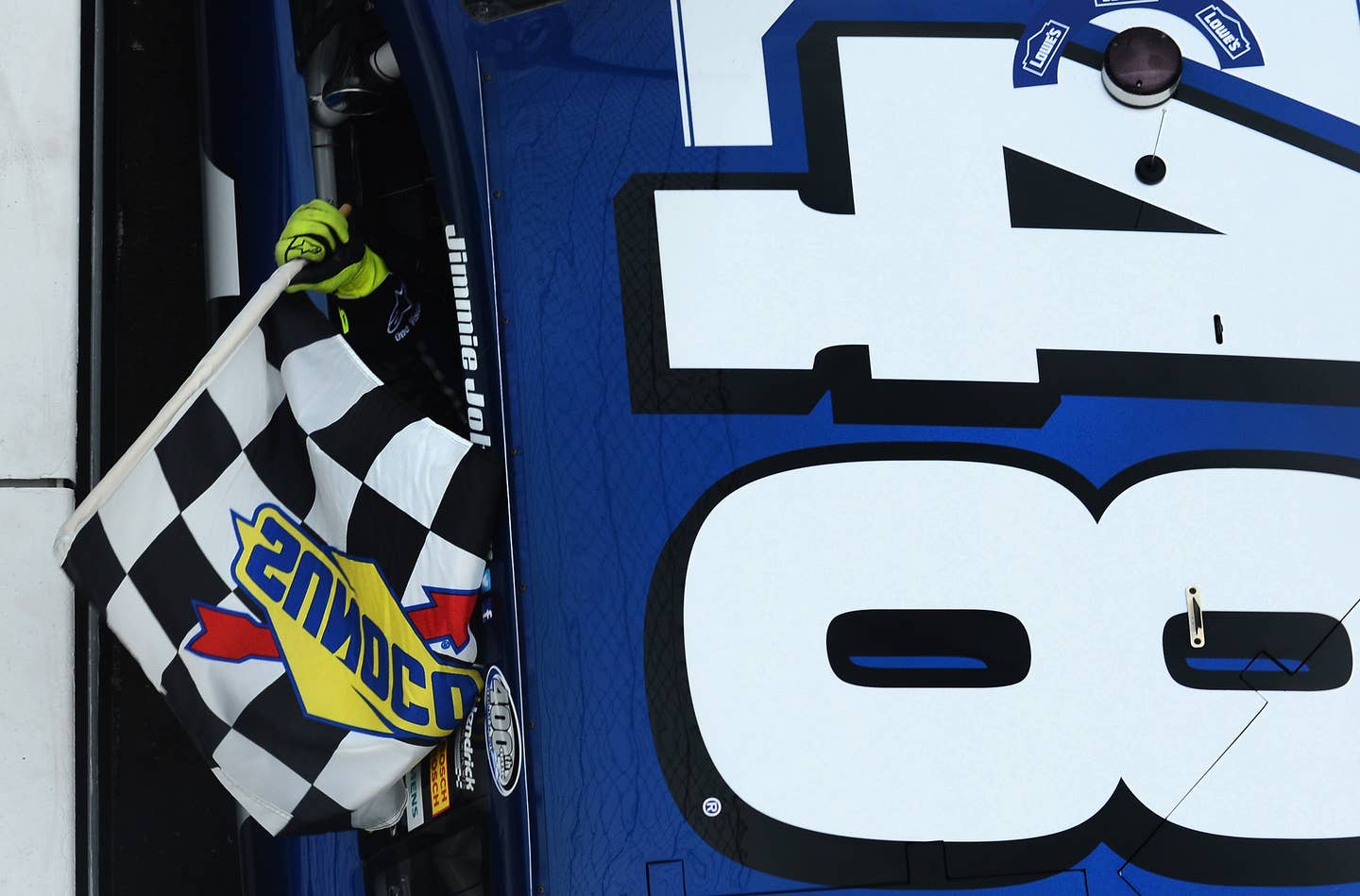 It’s official: We can start debating Jimmie Johnson’s standing as the greatest NASCAR driver of all time. The 41-year old took the checkered flag at the Ford EcoBoost 400 at Miami-Homestead on Sunday, clinching his seventh career championship, tying Richard Petty and Dale Earnhardt, Sr.

He may not be a fan favorite, or have the other’s larger-than-life gunslinger personality, it’d be tough to argue against Johnson for the top spot in the modern era. His five consecutive titles between 2006 and 2010 are unprecedented. NASCAR’s revised elimination-style schedule was supposed to be “Jimmie-proof,” ruthlessly paring down the field to prevent single-driver dominance. But here we are, again, with Johnson holding stock car racing’s most coveted trophy.

During a career spanning sixteen years, the Californian has won races in the pre- and post-Chase Era; with carbed and fuel injected engines; driving Gen 4, 5, and 6 cars; under Winston, Nextel, and Sprint title sponsors; at 20 of 24 venues on the NASCAR circuit. He’s just about perfected the celebratory post-race burnout.

All-Star Challenge at Lowe's Motor Speedway, in Concord. His second win at the event, en route to his maiden NASCAR championship, and the beginning of the Jimmie Johnson Era.

Subway 500 at Martinsville Speedway. The highlight of a season so dominant, Johnson became the first racing driver ever to be named AP Athlete of the Year.

Checker Auto Parts 500 at Phoenix Speedway. Winner in Arizona for the third consecutive year, Johnson then his took fourth title in a row, something no other NASCAR driver has accomplished.

Coke Zero 400 at Daytona. The victory came just months after Johnson took the Daytona 500, thus sweeping both season races at NASCAR’s most storied venue, the first driver to do so since 1982.