Power Closes in on Pagenaud with Pocono IndyCar Win

Aleshin was a day late and a dollar short in his shot at a first win. 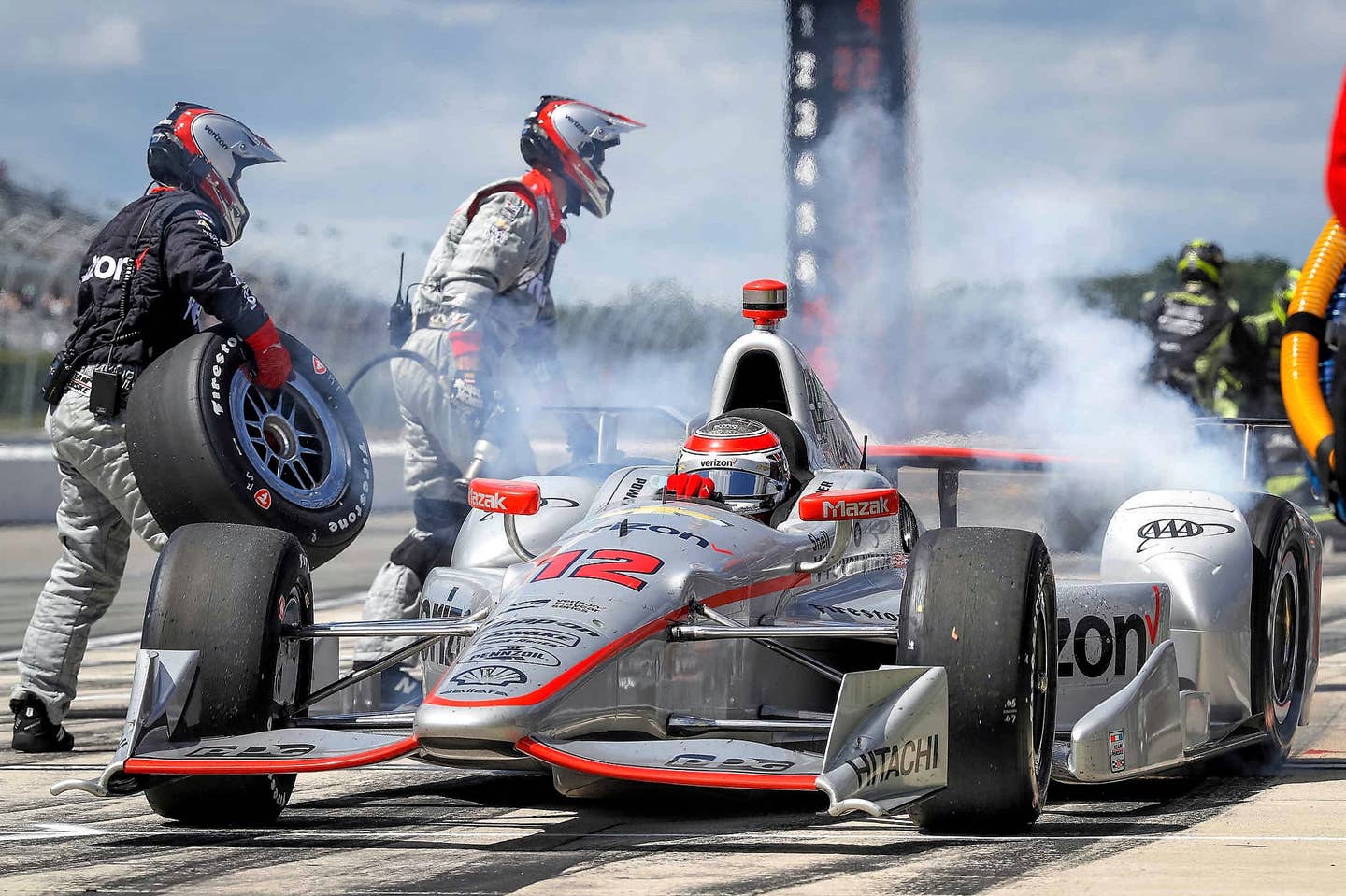 If you stayed home from work to watch the ABC Supply Pocono 500 – or, as it was referred to on TV, just the Pocono 500, as apparently ABC Supply didn’t ante up enough to the TV network to get a shout-out from the commentators – you saw a pretty good race with an almost-surprise ending.

That surprise would have been the first victory for Mikhail Aleshin, the Russian who qualified on the pole and dominated the first half of the race. Then, a slight mis-adjustment on setup during a pit stop dropped him back in the field, but in the end, he charged to within striking distance of leader, and winner, Will Power, but just didn’t have the mustard to get by. Or whatever they use in Russia to replace mustard.

Power’s day was the opposite of Aleshin’s. “The car started off really, really difficult to drive. We adjusted on it all day and for the second half of the race, the car was just awesome, awesome. Awesome in traffic, really fast.”

The other exciting drive was by Ryan Hunter-Reay, who started in the rear in an unfamiliar backup car after crashing his primary in practice. He blitzed the entire field and got to the front, when his engine quit. He coasted around flipping switches until a reboot apparently solved whatever electrical gremlin bit him, putting him a lap down. Again, he got his lap back and made it up to third place at the end, clearly schooling the field in a day that should have been his.

There were a couple of scary crashes, and one terrifying one – Takuma Sato pounded the wall on lap three but walked away, and later in the race points leader Simon Pagenaud, on a full tank of fuel, bottomed out on a bump, which shot him up into the wall. He was OK, too, but deeded over some of his lead to Penske teammate Power, who is now just 20 points back with three races left.

The terrifying crash came on pit road when Indy 500 winner Alexander Rossi, having his best run since Memorial Day, made contact with Charlie Kimball and Helio Castroneves, with the rear of Rossi’s car sailing over Castroneves’ cockpit where, for a moment, many of us were concerned we were seeing a repeat of last year’s incident where driver Justin Wilson was killed when a piece of Sage Karam’s crashed car entered his cockpit. Thankfully, and amazingly, Castroneves was OK.

Castroneves, master of understatement, said that "All of a sudden there was a car on top of me. It was a little strange." Inside the car, he said. "I was actually more protected than it looked like."

Speaking of Justin Wilson, teams flew the Union Jack half-mast on their tall pit radio antennas, wore copies of Wilson’s trademark socks, and ran decals on their cars and helmets to remember one of the best-liked drivers in years. There were also tributes to Bryan Clauson, three-time Indy 500 starter who was killed in a midget car crash several weeks ago.

From Pocono, IndyCar is off to Texas Motor Speedway, to do a makeup race on a rained-out event there.