Racing icon will fill in for Dale Earnhardt, Jr. for at least two weeks. 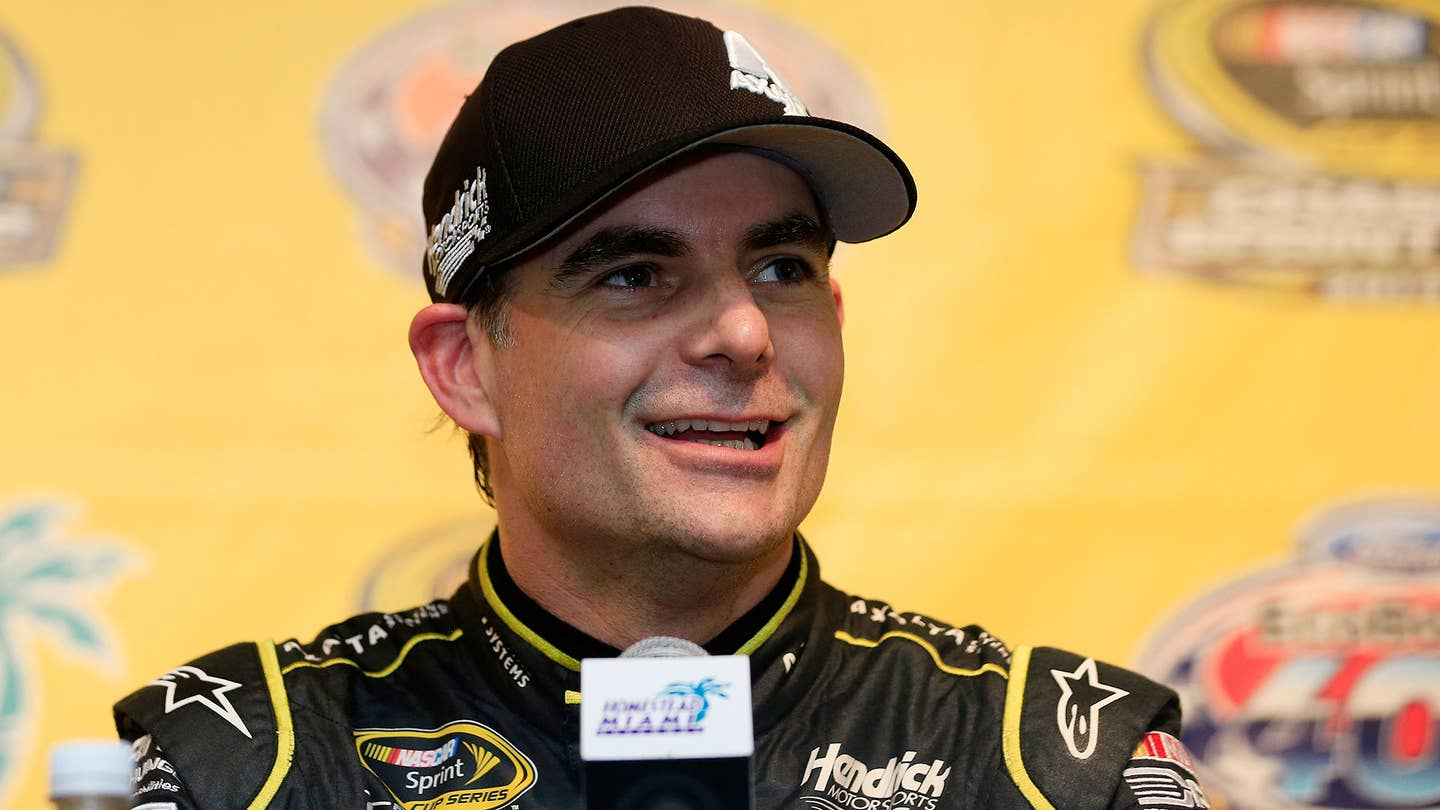 The rumors were true. Following the news that Dale Earnhardt Jr. has been experiencing concussion-like symptoms, Hendrick Motorsports has announced that Earnhardt's place will be taken by retired NASCAR driver Jeff Gordon for the next two races.

After Earnhardt was looked over by physicians called in by Hendrick last week, his team declared he would be unable to race at last week's New Hampshire 301. On Monday, news broke that if Earnhardt was indeed still unfit to race on Wednesday (i.e. today), Gordon would be the one to step in. Now, official word has come from the team saying the semi-retired driver will be the one behind the wheel at both the Crown Royal Presents the Combat Wounded Coalition 400 At the Brickyard race this Sunday in Indianapolis, and the Pennsylvania 400 at Pocono Raceway the following week.

Gordon is nothing short of a NASCAR legend. He is the third top driver of all time in the series with 93 career wins, and is a four-time NASCAR Cup Series champion. Gordon's last full season before retiring was last year in the 2015 Sprint Cup—though he never did really leave. The semi-retired driver remains a partner with Hendrick Motorsports and has been an active part of the team all year. Additionally, Gordon has remained active in the sport as a racing commenter with Fox Sports.

Currently, there is no estimate for when Earnhardt might be seen back out on the track, but from the sounds of things, neither he nor the team are rushing his recuperation.

“Our focus is giving Dale all the time he needs to recover,” Rick Hendrick, owner of Hendrick Motorsports, said in a statement. “There’s nothing we want more than to see him back in the race car, but we’ll continue to listen to the doctors and follow their lead. What’s best for Dale is what’s best for Hendrick Motorsports and everyone involved with the team. We’re all proud of him and looking forward to having him racing soon.”

Will Chevy Make a Colorado ZR2 or Jeff Gordon Race in the Brickyard 400? The Evening Rush

Yes, this is really happening.