It’s not easy extending a race by one lap, but that’s essentially what Porsche did. 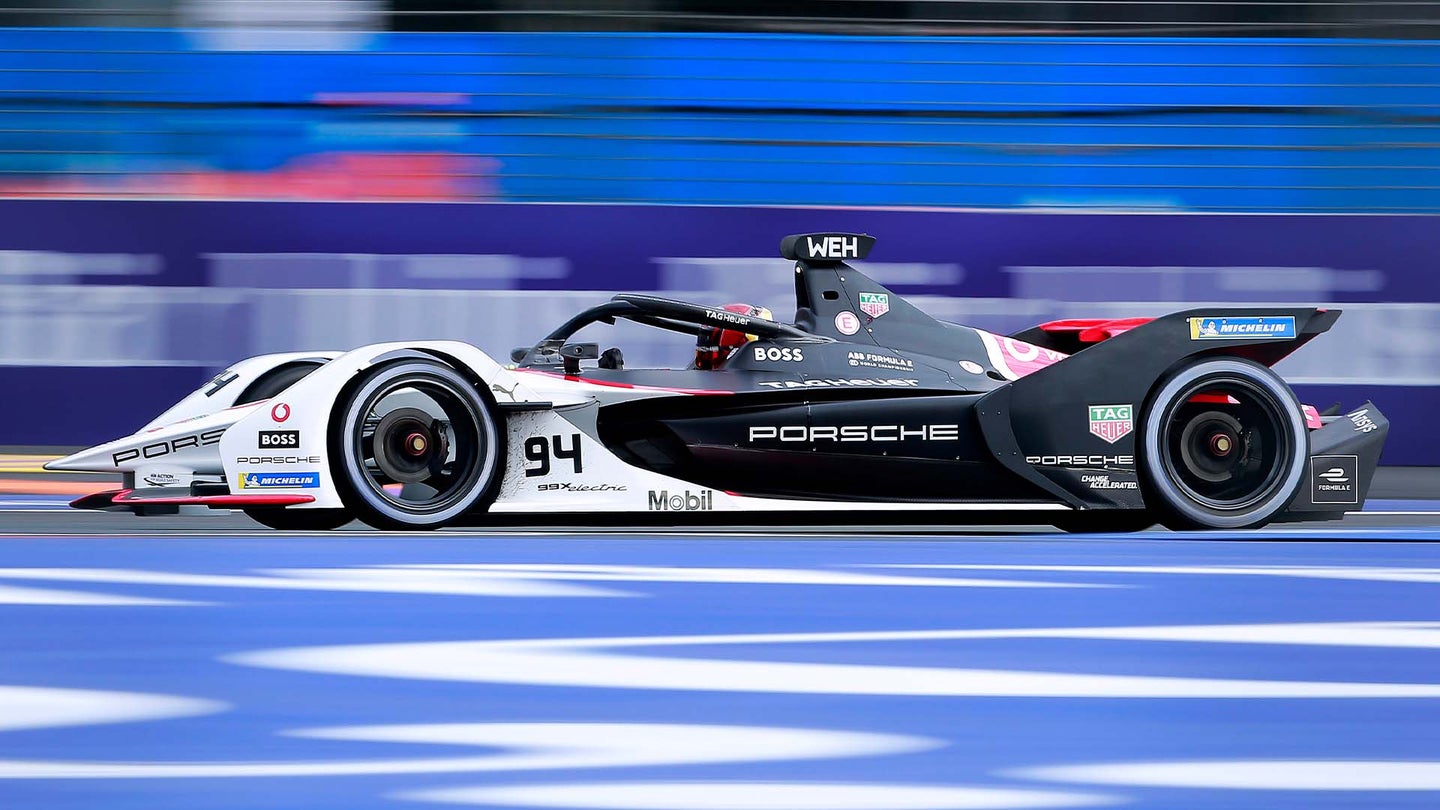 Porsche has taken its first Formula E victory after three seasons on the struggle bus. And it didn’t just win, it got a 1-2 finish with a massive lead over every other car. It did so by pulling an incredible bait-and-switch to trick teams’ strategists into thinking the race would be one lap shorter than it really was.

Motorsport’s a weird world where you can be ridiculously successful in the unbelievable challenge of Le Mans and then get made to look borderline silly when you join Formula E. Obviously, the two things are not the same but it’s kinda hard to gauge just how completely different they are from the outside. It’s a motor race, Michael, how hard can it be?

FE’s a tricky series as it looks almost deceptively simple from the outside (45-minute race, no pit stops) but from qualifying format to race strategy, it demands a specific set of targets to be met. If you’re the new guys—Porsche joined in Season 6, one year into Gen2—then the risk of getting your asses handed to you is pretty high and something that Porsche acknowledged when it came in.

Not that that totally happened, because Porsche got a podium pretty much straight out the gate in Diriyah. But it has been kind of anonymous a lot of the time since, especially considering who we're talking about here. One of the issues seemed to be the qualifying format really not agreeing with, particularly, André Lotterer, who's also the most experienced driver in the series and Porsche itself.

The team's other driver last season, Pascal Wehrlein, had sort of the opposite problem in that he seemed to be able to get pole positions but then would hit problems in the race. This included operational errors like the team forgetting to declare the tire sets being used, something that might seem esoteric but which is a staple in every single motorsport series, so it was a weird error to see from Porsche.

Still, it has persisted. The last VW brand standing since Audi bailed at the end of last season, there’s been pressure on Porsche to deliver on the weight of its reputation, and oh boy, did it manage that this weekend.

FE races run to 45 minutes plus one lap—so after 45 minutes, when the leader crosses the line, that’s the final lap. Sometimes drivers have been caught out by another lap getting added but honestly, things like the whole mess in Valencia were more to do with dramatic energy reductions than anyone being smarter than anyone else. Not this time, however.

Wehrlein had taken pole but it looked like the script was repeating itself, halfway through the race, as he and Lotterer slipped backward. Edoardo Mortara and Jean-Eric Vergne had the lead of the race while it seemed almost like Wehrlein and Lotterer were helpless.

When that happens in FE it's usually because cars are having to save energy. Wehrlein and Lotterer were doing that, but not for the reasons you might think, which would have been that they were struggling with over-consumption. Instead, both were sitting in Mortara and Vergne's slipstreams and biding their time for a late-race surge up the order, with one to two percent more energy remaining than the cars around them.

Once they retook the lead, they could have left it there and comfortably crossed the line. But on the 38th lap, Wehrlein made a perfectly timed move to cross the line with half a second spare before the 45-minute mark, pushing the race to 40 laps rather than the 39 other cars had been working to. It was disastrous for the cars behind them, while the Porsche pair ran away down the track with their excess energy, finishing with a nine-second lead.

"We always targeted 40 laps, on the safer side," Wehrlein said about the strategy, which was more or less decided before the race started. "We were not in danger but still wanted to show that we could make it to 40 laps."

"We are still not new but still quite new in the championship," Wehrlein added, emphasizing Porsche's progress up until this point. "I think slowly we understand everything and it feels amazing. So hopefully this gives the team a bit of momentum, a bit of self-confidence and hopefully from now onwards it gets easier."

A late-race safety car procedure quickly became anything but safe.