Oh No, No Pocono! 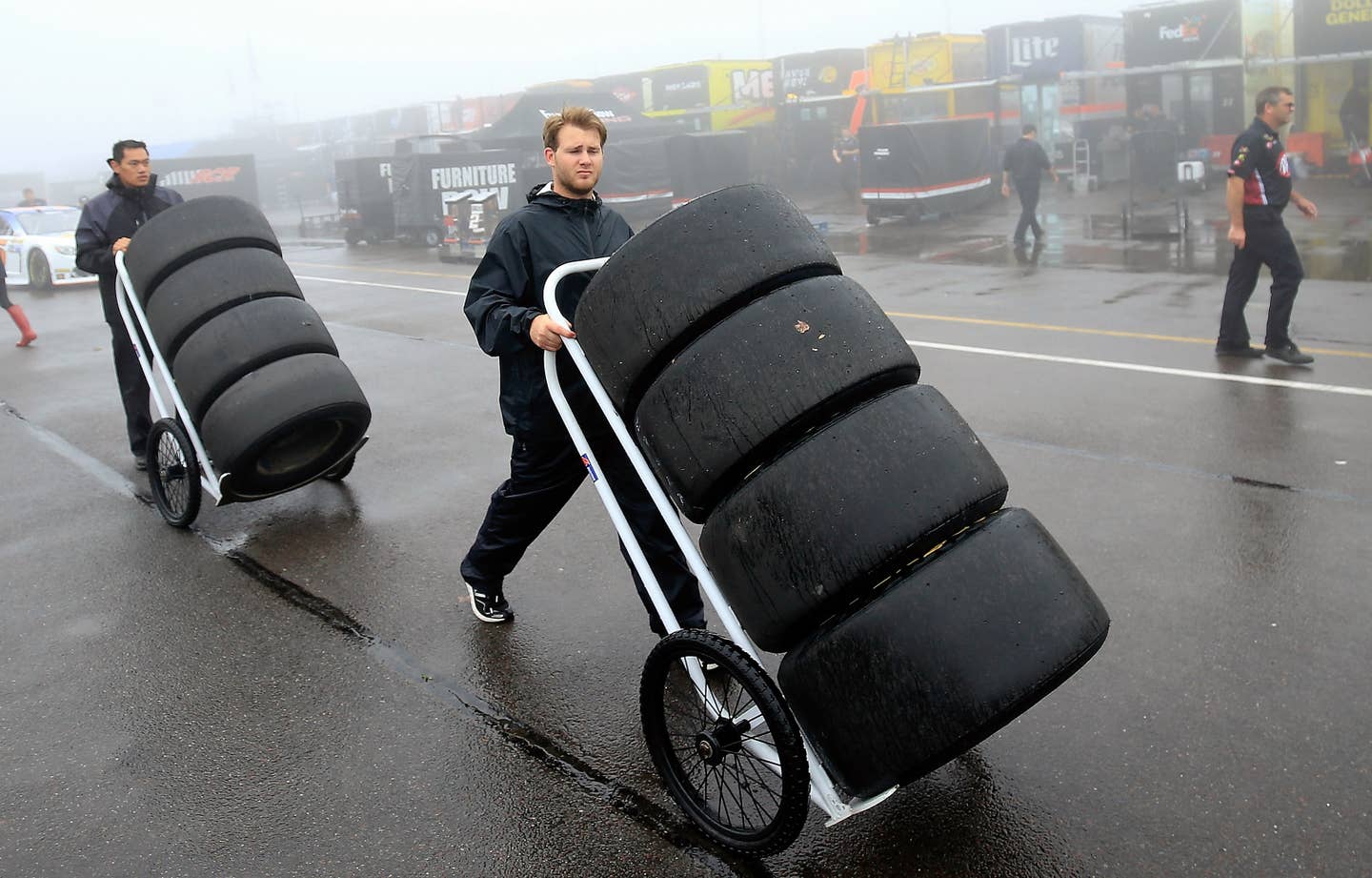 Twenty Air Titans and 10 regular jet dryers, and they gave up at Pocono? Yep.

Says NASCAR.com: "The race, originally scheduled for a 1 p.m. ET start time on Sunday, was delayed for weather initially. Equipped with 20 Air Titan dryers and 10 conventional jet dryers, NASCAR officials were prepared to dry the track, but were unable to find a dry window through persistent rain, fog and mist.

"Officials eventually made the decision to call the race and the series will run the 400-miler on Monday, June 6 at noon ET on FS1, MRN, SiriusXM NASCAR Radio.

"Weather has created hurdles for the teams throughout the weekend, as rain and fog ended Friday Cup practice prematurely and canceled a pair of XFINITY Series practices the same day. The XFINITY Series Pocono Green 250 was called just past the halfway point at Lap 53 of the 250-mile event, as rain continued to fall during a red flag. Kyle Larson, who was leading at the time of the red flag, was declared the winner.

"This race, the 14th of 36 races on the Sprint Cup circuit, marks the first Cup event of the season that been postponed to the following day."

The NHRA New England Nationals from New Hampshire is also postponed to Monday at 11 a.m.