Dear NASCAR: What the Hell Was That?

Sprint All-Star race’s format was so bizzarre and complicated that it almost runied the show, unless you were Joey Logano, and had just won a million bucks. 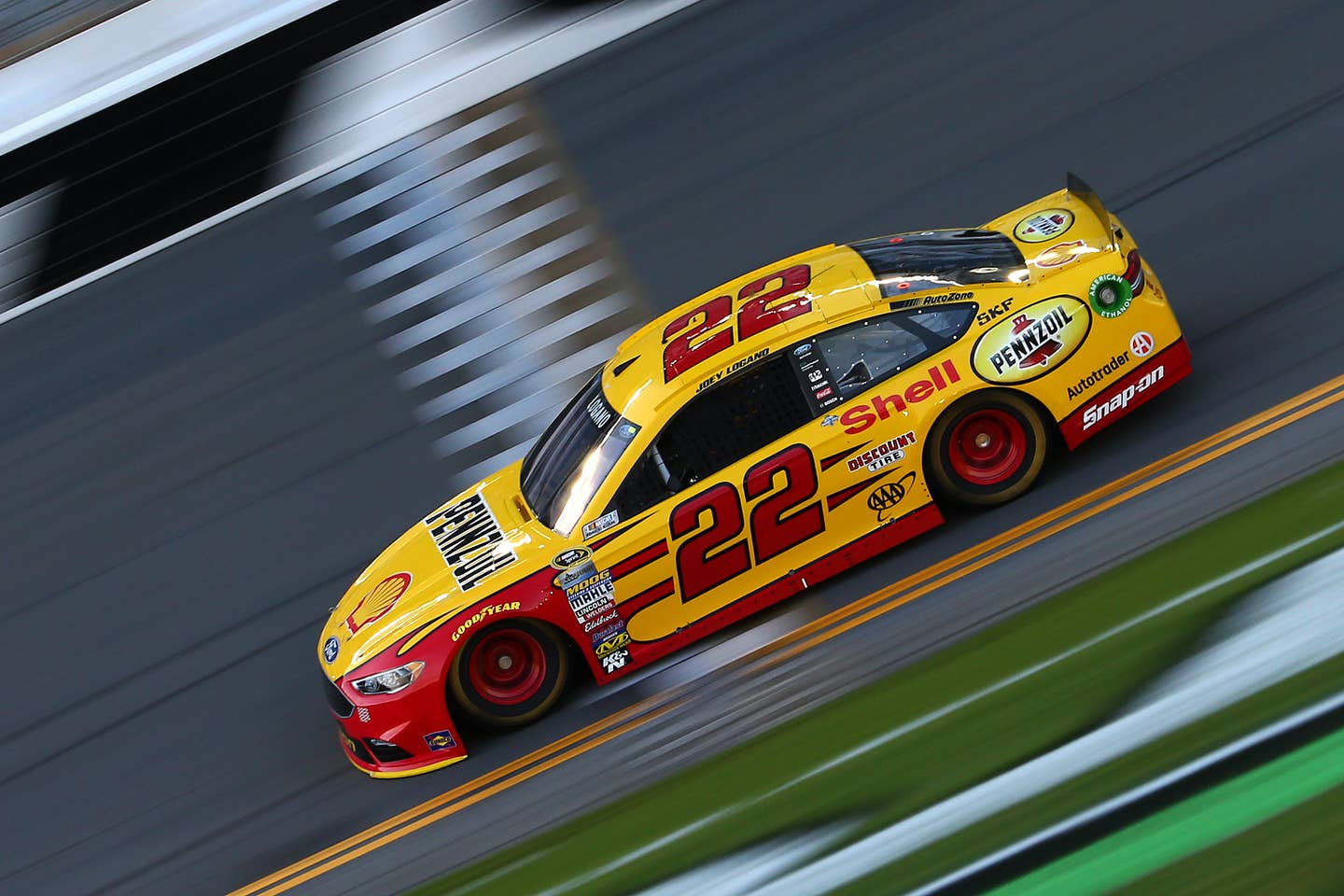 NASCAR, Sprint and the Charlotte Motor Speedway have long tried to reinvent the wheel when it comes to the Sprint All-Star race for the NASCAR Sprint Cup cars, but this year – well, the wheel was a concrete block. The format and the rules were so complex and artsy-craftsy clever that no one, including the drivers and the announcers in the booth, could figure out what was going on.

It was bad enough that the show started painfully late as NASCAR tried the get the track and pit road dry enough to race after it rained earlier in the day, and it was an hour into the broadcast before the gentlemen and Danica Patrick started their engines. As good and straightforward-simple as the Sprint Showdown was this morning for the non-qualifiers, that’s how painfully lame the All-Star race was.

How so? The format was 50 laps of racing, then a break; 50 laps of racing, then a break; then 13 laps of racing. There were mandatory green-flag pit stops. But that didn’t work out due to yellow flags, putting some cars a lap down, but NASCAR couldn’t allow them to tag the back with the typical wave-around because they couldn’t pit under yellow, and when it came time to run the last 13 laps a Carolina Panther football player picked one of three envelopes, and it said “11” inside, meaning the first 10 cars had to pit to get four tires, then restart behind the cars that were 11th or lower, but so many cars were semi-explicably a lap down that there were only a couple of cars in front of the cars that pit for four tires, so Joey Logano won $1 million.

Actually, I’m making it sound a lot simpler than it was. Let’s let the retiring Tony Stewart, who was taken out in a wreck caused by rookie Chase Elliott, sum up his last Sprint All-Star race: “They got everybody together, a lap down, the lead lap, a lap down. It’s the most screwed up All-Star race I’ve ever been a part of. I’m glad this is my last one. I’m just madder than hell. I don’t understand how the hell they officiated this whole thing from start to finish.”

So, we can put Tony Stewart down as “undecided.”

Even Dale Earnhardt, Jr. had a revealing comment over his radio: “This reminds me of the first time I tried to fly a remote-control helicopter.”

Another good line from Matt Kenseth, as NASCAR officials stopped the cars on pit road under yellow to check that the lug nuts on the wheels were torqued to at least 40 pounds, and to further delay a show that was already being delayed to death: “This is like stopping a football game so they can check the players’ shoelaces.”

Long before the green flag fell, ex-racer and current Fox commentator Jeff Gordon admitted that the format “was hard to follow,” a comment that is likely to get him a stern talking-to from NASCAR officials. Even Official NASCAR Apologist Michael Waltrip seemed flummoxed.

Anyway, when the checkered flag finally fell just short of midnight E.T., it was Logano in his number 22 Penske Ford, who chased down Kyle Larson, who transferred in from the Shootout earlier today. Larson’s car was just too loose, but he tried hard as he could to save the show and get his first major victory. Afterwards, dejected, he said, “I don’t know what we have to do to win a race.” The way Larson is running, it’ll happen sooner than later. Second was Brad Keselowski, Logano’s Penske Racing teammate. Third through the rest of the field was It Doesn’t Matter, because there are no points, and the purse declines sharply from Logano’s $1 million payday.

The Sprint All-Star race is a good idea, badly executed. Next year, let’s try for a format that you can explain in two sentences. Any more than that, go back to the drawing board.