Weather Cancels Drag Race, But Not How You Think 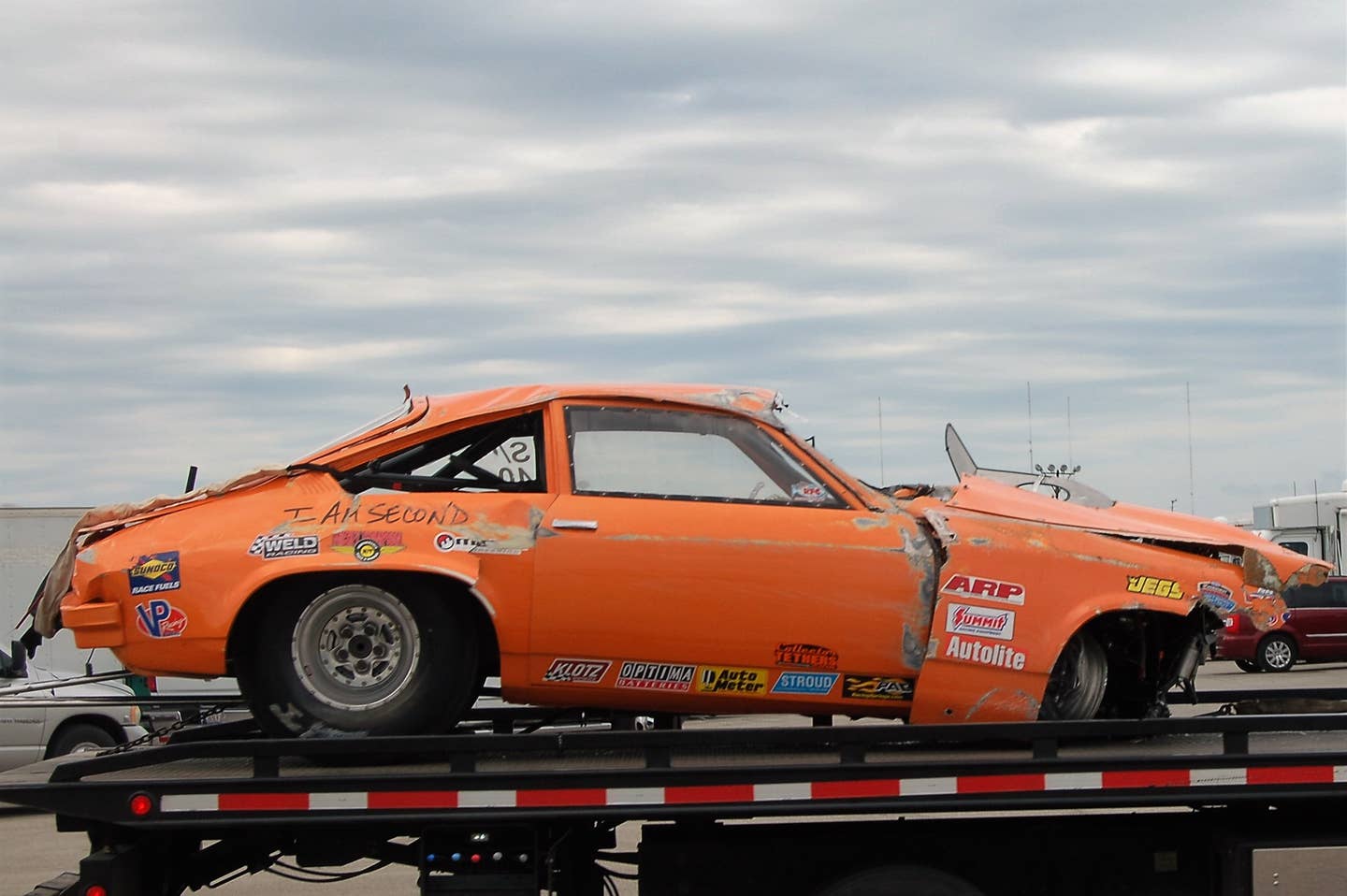 Weather brought the IHRA Good Vibrations Motorsports Texas Nationas drag race to a halt Friday, but it wasn't because of rain -- it was due to steady crosswinds of 24 mph, gusting to over 30 mph, that made officials at San Antonio Raceway to declare it was too windy to race. The decision was made after a Sportsman class 1977 Chevrolet Vega blew over at the end of the strip, flipped and caught on fire.

Driver Jeff Ivy was awake and alert, and was taken to a local hospital for observation.

The Texas Nationals were completed Saturday with a compressed program that began at 8 a.m., and continued until late in the evening.