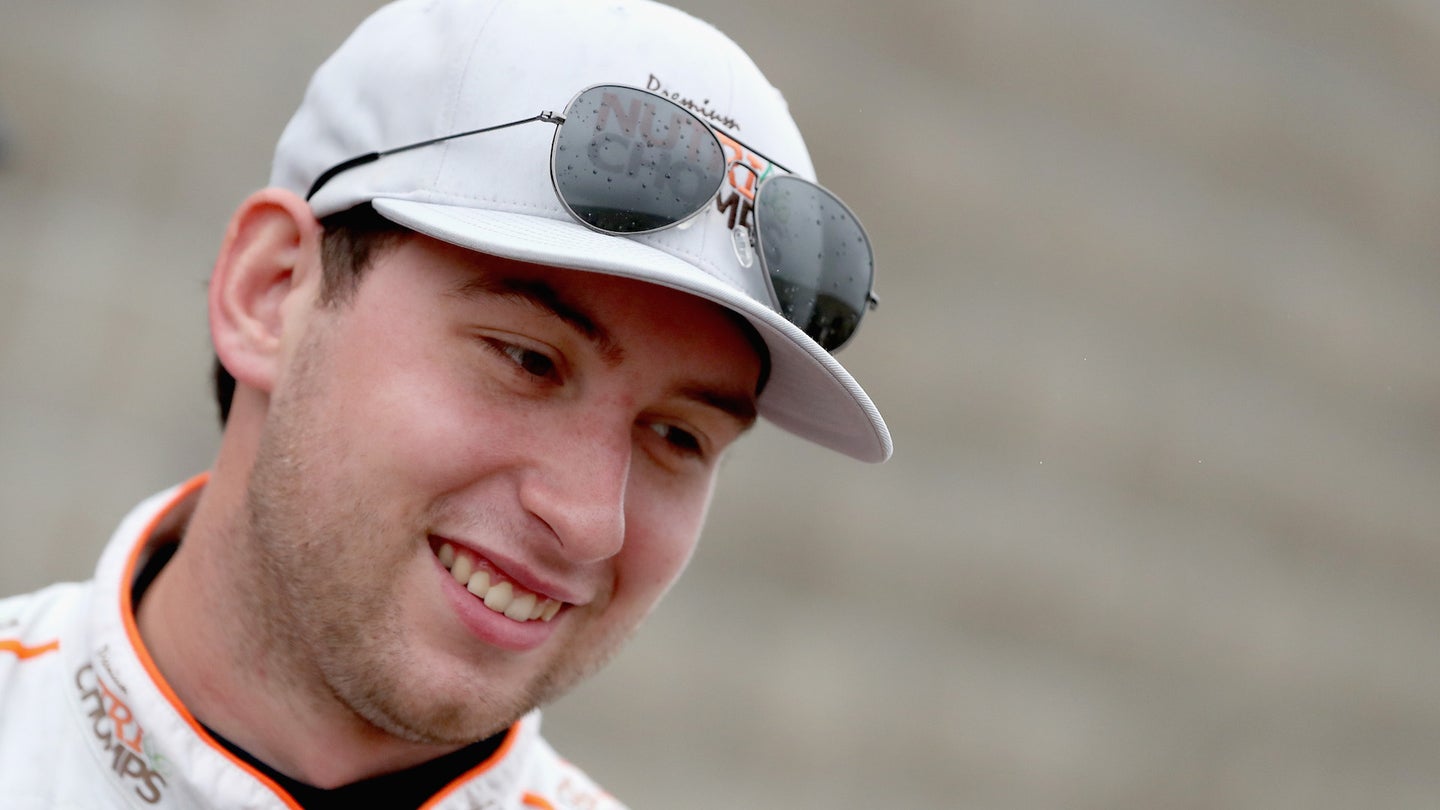 Chase Briscoe plans to run the complete 2019 NASCAR Xfinity Series schedule as driver of the No. 98 Stewart-Haas Racing Ford, the race team announced Tuesday. It will be the first complete season for Briscoe in the Xfinity Series.

“I got a taste of what Stewart-Haas Racing is capable of in the five races I ran with the team this year,” Briscoe said. “Winning at Charlotte was one of the greatest moments of my career, and I have to thank Nutri Chomps, Ford, Tony Stewart, Gene Haas and Fred Biagi for believing in me and providing this opportunity to race fulltime. I’ve been working so hard for this moment and 2019 can’t come soon enough. If I could fast forward to February and climb inside the No. 98 Nutri Chomps Ford Mustang there at Daytona, I would.”

Briscoe competed in 17 of the 33 Xfinity Series races this past season, splitting time between SHR’s No. 98 and the No. 60 Roush Fenway Racing Ford team. In addition to a win at the Charlotte Motor Speedway Roval from behind the wheel of the No. 98, Briscoe scored three other top-10 finishes, all in RFR’s No. 60, a car he shared with Ty Majeski and Austin Cindric.

“I’ve been paying attention to Chase since he raced sprint cars, and I saw how well he transitioned to stock cars,” Stewart-Haas Racing co-owner Tony Stewart said. “It was obviously great to see him in our Ford Mustangs a few times this year, and Chase didn’t disappoint. His win at Charlotte showed us a lot. He was patiently aggressive, and he did a really good job of managing his tires. He’s learned a lot in a very short period of time, and we’re really looking forward to seeing what he can do when he’s in the same car, working with the same crew, week in and week out. It was our desire to have him in our race cars, but thanks to Nutri Chomps and Ford, they made it happen.”

SHR put multiple drivers in its No. 98 over the course of 2018, including NASCAR Cup Series regulars. With Briscoe in the car for all 33 races next season, Stewart-Haas will have two Xfinity Series championship candidates, as Cole Custer will continue as the sole driver of the No. 00 team car.

Briscoe has one year of full-time NASCAR national-level experience, racing the complete Truck Series schedule in 2017. He won once, finished in the top five 10 times, and in the top-10 14 times during the 23 races that season as a driver for the now-defunct Brad Keselowski Racing. Briscoe also won the only Truck Series race in which he competed in 2018 at Eldora Speedway.