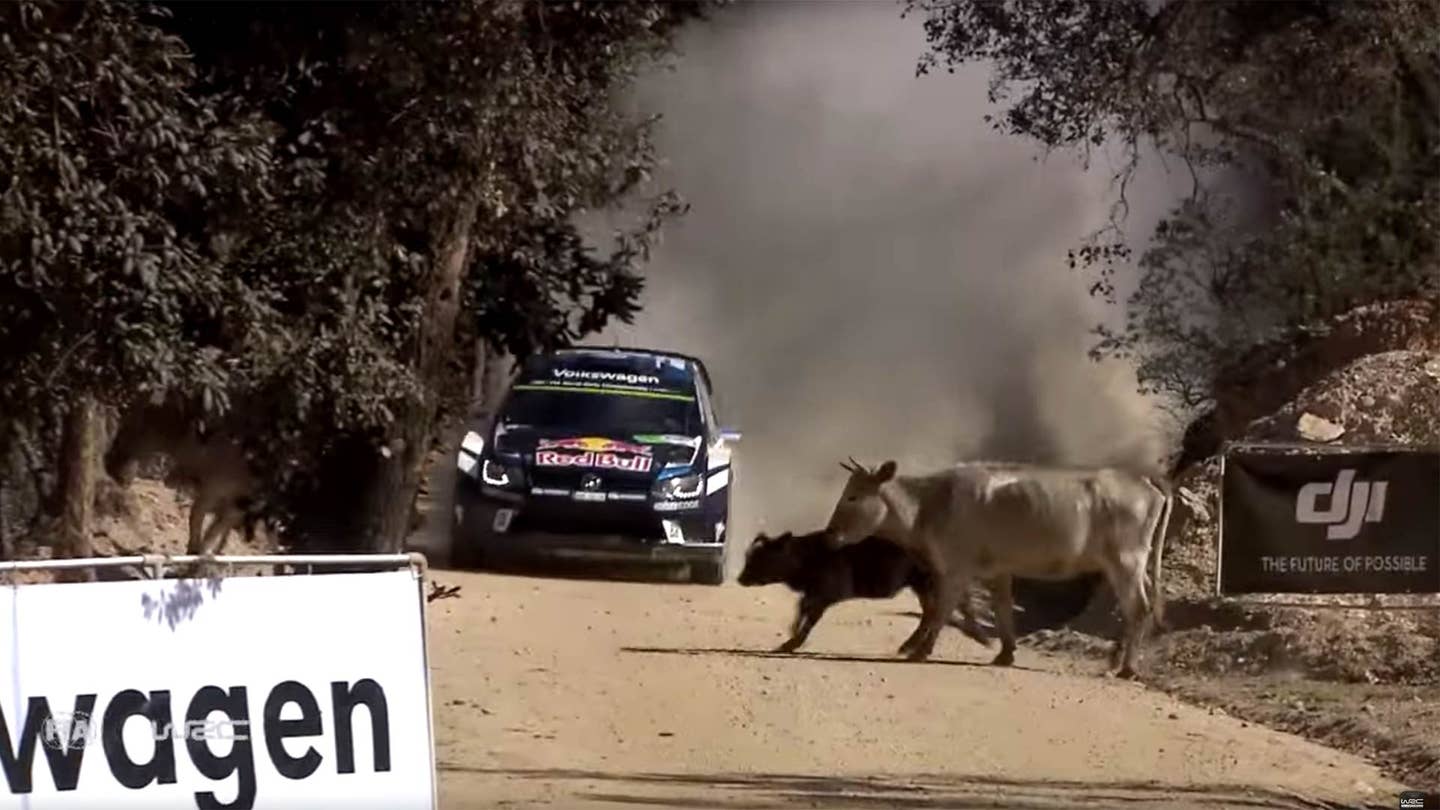 Rally Guanajuato, held some 250 miles northwest of Mexico city, might be the most challenging leg of the World Rally Championship. It's hot as hell, and the hard-packed gravel picks up ruts soon as the first car runs; in the thin air of 9000-foot mountain passes, any mistake is punished with a devastating loss of momentum. Also, there are cows.

Cows are bred for deliciousness, not for an instinct for self-preservation. Thus, when reigning champion and current WRC points leader Sébastien Ogier rounded a corner at high speed and came upon a small herd of cattle crossing the road, the result seemed to be a foregone conclusion: One battle-damaged Volkswagen Polo racecar, one large steak tartar.

However, rally drivers aren't like us. They've all got the reaction times of a Halo veteran and the car control of Michael Schumacher in his prime. Ogier skirts the calfs dashing towards his car, skimming past close enough to pick up a bumper-full of cow snot, but not actually contacting a panicked animal. In his wake, Ogier left a huge cloud of Mexican dust, a few appreciative fans, and a couple of bewildered cows. Mind you, bewildered is pretty much the base state of being a cow.

While disaster was averted, the swerve might've been enough to knock Ogier down from first place: He finished second at Guanajuato, but still has a comfortable 33-point lead over Ford's Matt Østberg.