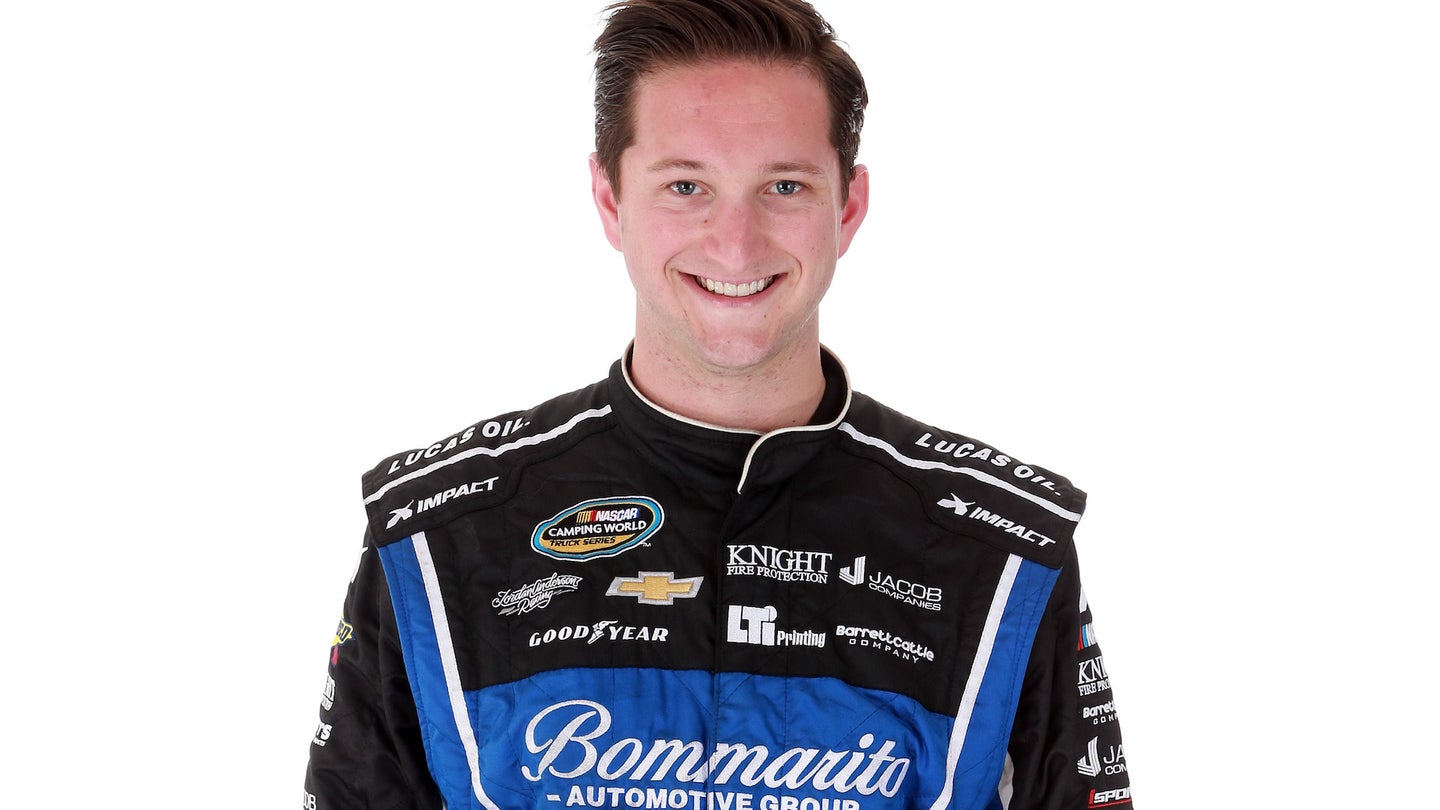 The Rowan County, North Carolina, Sheriff’s Office has an outstanding warrant for NASCAR Camping World Truck Series driver Jordan Anderson for possession of a stolen vehicle. Anderson was supposed to turn himself in Sept. 20, but has yet to do so, according to the sheriff’s office.

“We are aware of a law enforcement matter involving a NASCAR member, and continue to gather facts,” a statement from NASCAR on Thursday read. "We will remain in contact with the authorities as their process continues.”

The Rowan County Sherrif’s Office began an investigation Sept. 7 into the sale of a race truck by Robert Newling to Anderson. The truck was at Newling’s shop at 804 Performance Rd. for repairs from a racing incident, but Newling did not own the truck, according to the police report. Instead, the truck is reportedly owned by Truck Series driver Mike Harmon.

The report also states that the investigation showed that Anderson had reason to believe the truck was stolen. Investigators attempted to recover the truck, but Anderson refused to surrender it. He was made aware of the warrant against him and hired an attorney. Neither Anderson nor his attorney have commented on the matter.

Newling has been arrested and charged with felony larceny of a motor vehicle. He is scheduled to appear in court Nov. 21.

Anderson competes full-time in the Truck Series in equipment he owns. He has one top-10 finish through the first 17 races of the 2018 season. The Truck Series last raced at Las Vegas Motor Speedway on Sept. 14. The series is off until an Oct. 13 race at Talladega Superspeedway in Alabama. Five races remain on the 2018 Camping World Truck Series schedule. Anderson has raced in the Truck Series on at least a part-time basis since 2014.