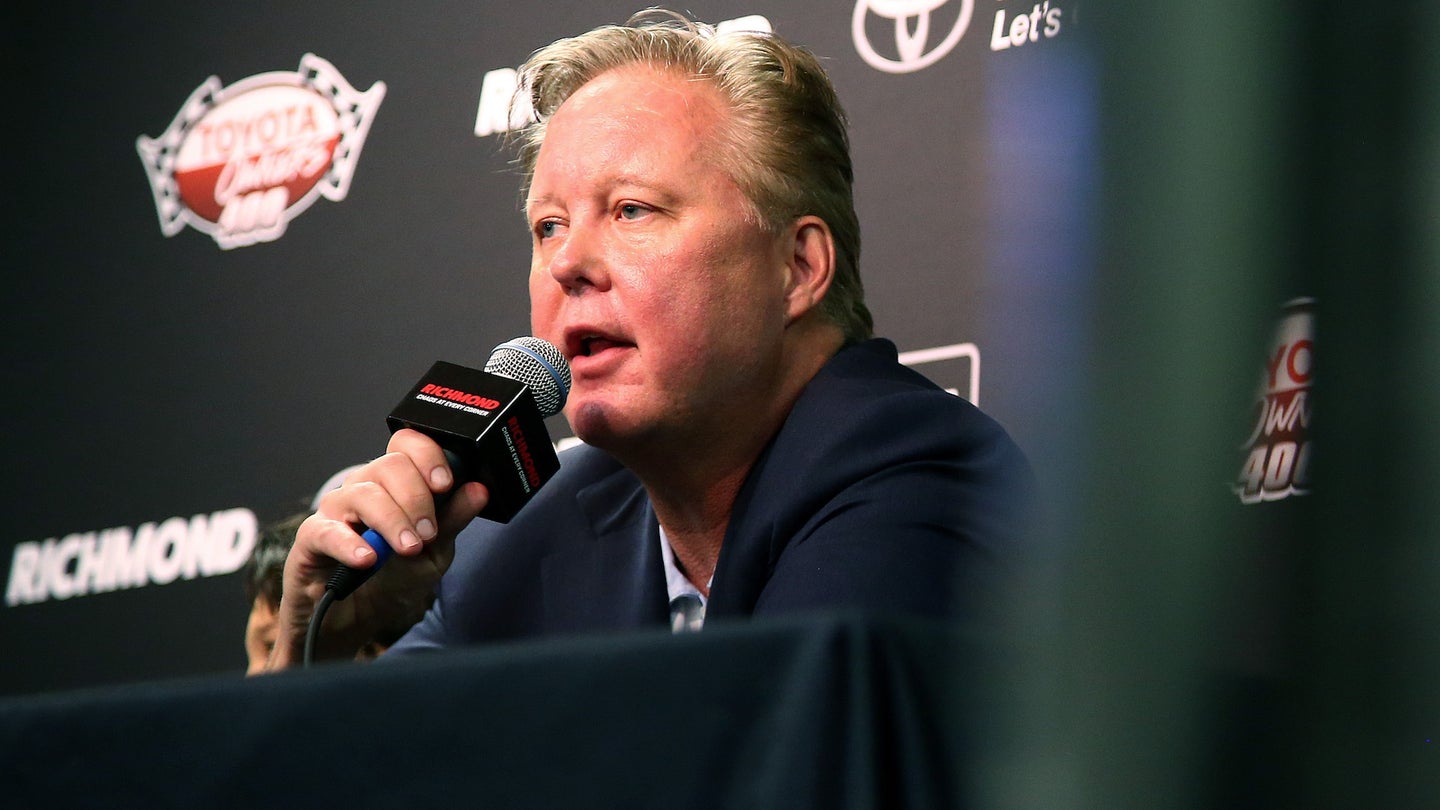 An initial report from celebrity gossip site TMZ on Monday reported that NASCAR Chairman and CEO Brian France name-dropped President Donald Trump when he was arrested for driving while intoxicated and possession of oxycodone in Sag Harbor, New York, on August 5. But, according to the Daytona Beach News-Journal, Sag Harbor Chief of Police Austin J. McGuire claims France never mentioned President Trump.

In an interview with News-Journal sports reporter Godwin Kelly, McGuire said France was cooperative and also didn’t allude to being a NASCAR executive other than mentioning that he worked for NASCAR when asked about his employment.

France publicly endorsed Trump during the 2016 presidential campaign, but NASCAR distanced itself from the endorsement, claiming that France’s endorsement was personal and did not reflect NASCAR.

France was released from custody at approximately 9:30 a.m. ET Monday. He has since indefinitely withdrawn from his position as NASCAR Chairman and CEO, a position he had held since 2003. His uncle, Jim France, the NASCAR Vice Chairman and Executive Vice President, has been named as an interim replacement. NASCAR is owned by Jim France and Lesa France Kennedy, Brian France’s sister. Brian formerly owned a stake in NASCAR, but a separation agreement between him and ex-wife Megan in 2007 showed that he no longer had an ownership stake in the stock-car racing sanctioning body.

NASCAR has been owned and operated by the France family since its founding in the late-1940s by Bill France Sr., Brian France’s grandfather.

France’s court date has been set for September 14.