The Alabama track will have a more fan-friendly infield by the October 2019 NASCAR race weekend. 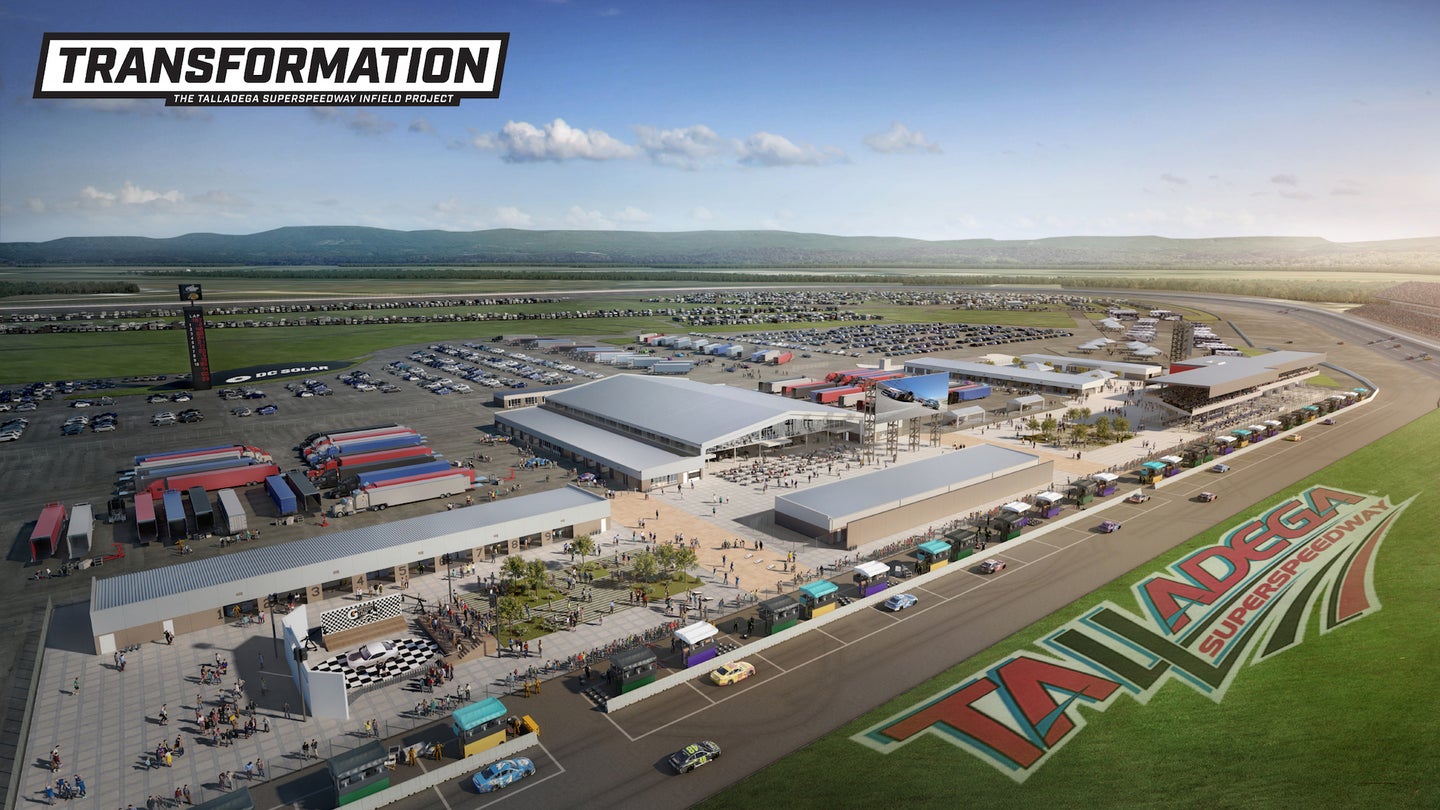 International Speedway Corporation, the parent company of Talladega Superspeedway in Alabama as well as several other NASCAR-sanctioned tracks, announced a $50 million Talladega infield redevelopment plan Thursday that it’s calling “Transformation.” Construction on the project is slated to begin after the second of two 2018 NASCAR weekends, culminating in the running of a Monster Energy NASCAR Cup Series race there Oct. 14, and is expected to be completed by the October 2019 race weekend hosted by the track.

“Since 1969, no other track in NASCAR has lived its brand better than Talladega Superspeedway,” ISC CEO Lesa France Kennedy said in a press release. "Big, bold and one-of-a-kind best describe this legendary facility and the larger-than-life visionary who created it, my grandfather Bill France Sr. Today’s announcement is a world-class extension of his vision, offering many new amenities and conveniences. It’s a great day for the track, ISC and the state of Alabama. This is a special place to our family and so many race fans all over the world, and its future is incredibly bright.”

Planned additions include a fan walkway in a new Cup Series garage; an open-air club that will include seating, a bar and video screen; a two-level paddock club with seating for approximately 600 near the end of pit road; approximately 300 additional infield recreational vehicle parking spaces with power and water hookups; a two-lane, oversized vehicle tunnel into the infield; expanded drivers’ meeting area; renovated media center; a race operations building; and a new victory lane.

“Almost 50 years ago, Alabama became home to Talladega Superspeedway, a staple for the sport and a driver of tourism in our state,” Alabama Gov. Kay Ivey said during the plan unveiling Thursday. “Today, I was thrilled to help kick off the development of the ‘Talladega Transformation Infield Project.’ This project will take this track into its next 50 years and give its loyal fans an even better experience.”

Birmingham, Alabama-based Hoar Construction has been named pre-construction contractor. DLR Group, which designed recent projects at fellow-ISC tracks such as ISM Raceway in Avondale, Arizona, and Richmond Raceway in Virginia, is the architect on the Talladega project.