The U.S.-based MotoAmerica Superbike Class will run two races at Circuit of the Americas during the MotoGP Race Weekend, April 20 through April 22. 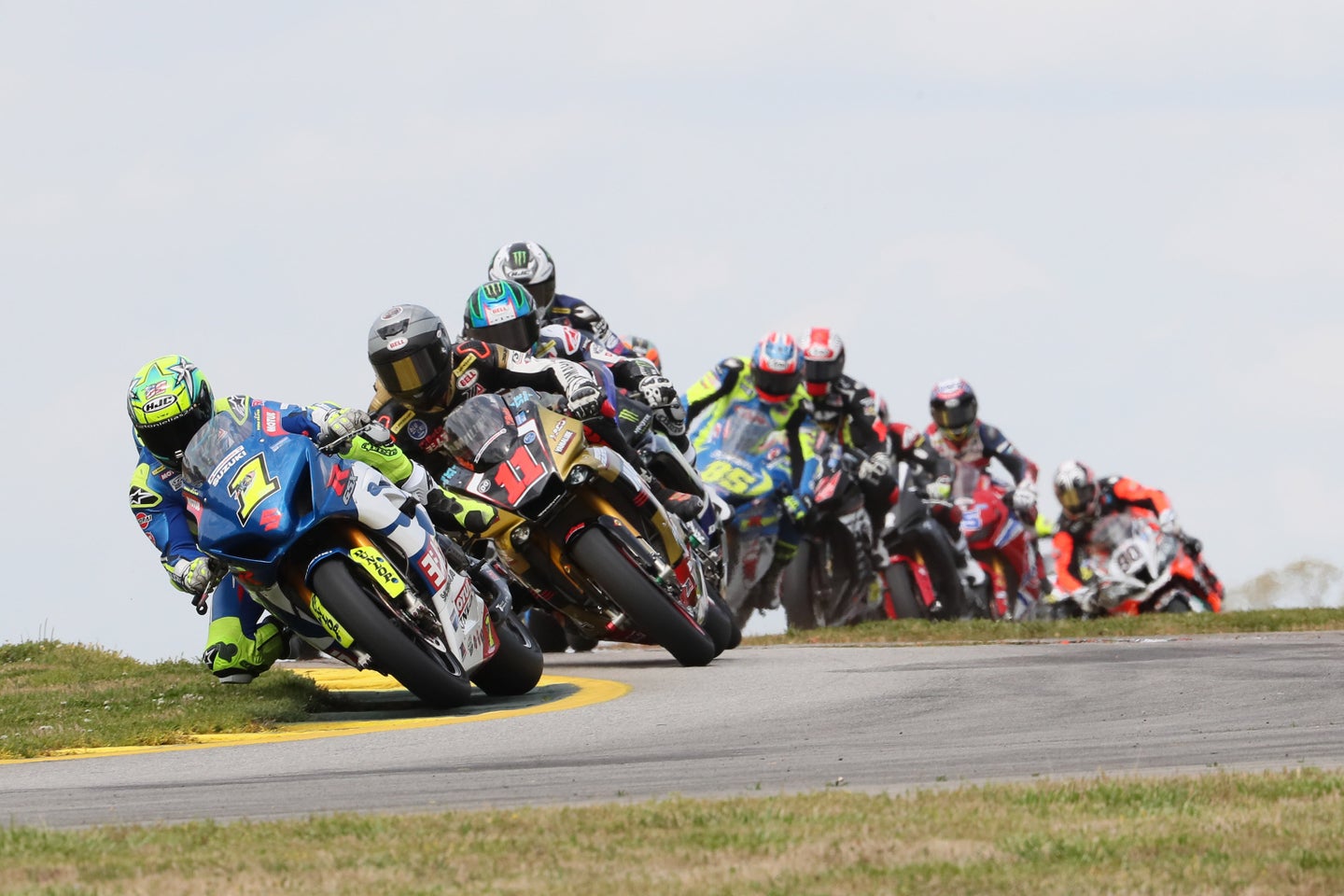 MotoAmerica, the U.S. professional motorcycle road racing series, will have its Superbike class featured at the Circuit of the Americas, during this weekend’s MotoGP event, in Austin, Texas. MotoAmerica Superbike will race on both Saturday and Sunday, while MotoGP will run all three of its class on Sunday: Moto3, Moto2, and MotoGP . Superbike is the only MotoAmerica class racing at this MotoGP event.

While Toni Elias won both of the races for Yoshimura Suzuki Factory Racing at the opening round of the MotoAmerica Superbike season at Road Atlanta, Yamalube Westby Racing’s Matthew Scholtz was the only other rider to finish on the podium in both races, earning him second place in the Superbike class heading to CotA. Scholtz is the 2017 MotoAmerica Superstock 1000 champion, and this is his first year in the Superbike class.

At Road Atlanta, Scholtz took second place in the dry in the first race on Saturday, and third in the wet in the second race on Sunday, on a seriously wet track.

After the final race Scholtz said about his first-lap incident that put him momentarily in last place: “I think Jake high-sided (crashed) coming out of turn one. I had to run wide and went off circuit to avoid hitting him or his bike. Fortunately, I kept it upright. I came back on; it took me a couple corners to make sure I had all the mud off my tires, and I pushed from there. I caught a some guys, a couple guys crashed helping me, so, yeah, I’m very happy to be sitting on the podium after such a terrible start.”

The weather forecast for Austin this weekend is: cloudy Friday,  scattered thunderstorms Saturday, and sunny skies Sunday. Once again one of the races might be run in the rain, making for an adventurous weekend.