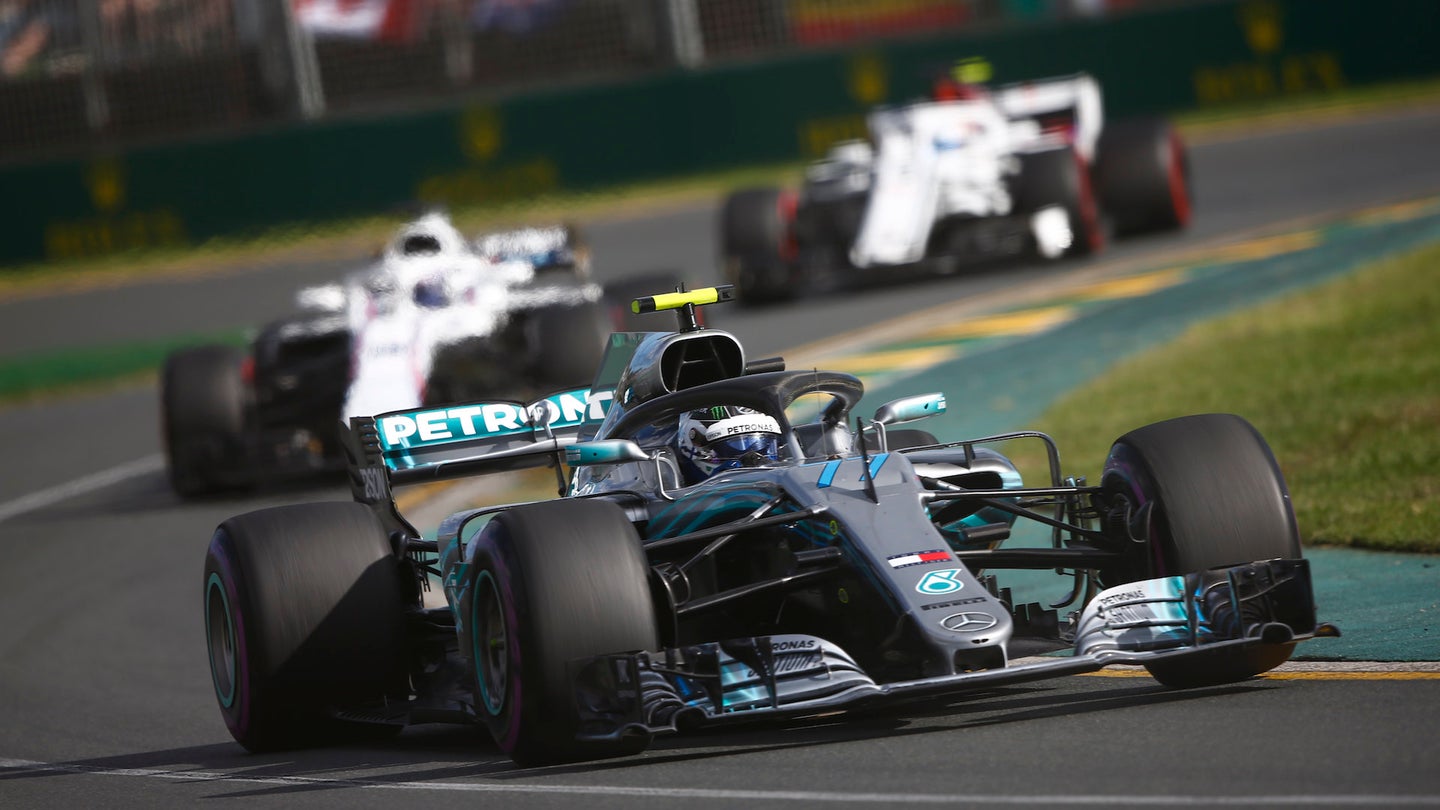 The video, which was posted to Formula 1's official YouTube channel but has since been blocked, showed Bottas manhandling the F1 W09 around the tight corners of the famous circuit, but it doesn't disclose the specific track outing in which the scorching lap took place. Judging by the track conditions, we must assume that it happened during Q1 or Q2, as the Finnish driver suffered a major shunt at the exit of Turn 2 during Q3.

The Albert Park Racing Circuit in the City of Melbourne may be compromised of public and park roads when it's not being lapped by the fastest race cars on earth, but that doesn't mean it's a stroll around the park for the cars or the drivers come Grand Prix time. In fact, after watching Bottas' lap in its entirety, it's clear that the circuit is extremely demanding on the drivers' necks and shoulder muscles.

These are the top five highest G-Force turns of the 16-corner circuit:

During the split-second that Botas experiences 4.7 Gs as he drives through Turn 12, his body is being subjected to horizontal and lateral forces that put extreme strain on his muscles, brain, and therefore his vision. At 4.7 Gs, Bottas' cardiovascular system has to compensate for an additional 569 pounds on top of his 156-pound body. This means that for a brief moment of every single lap, Bottas actually weighs 725.8 pounds.

How's that for a workout?