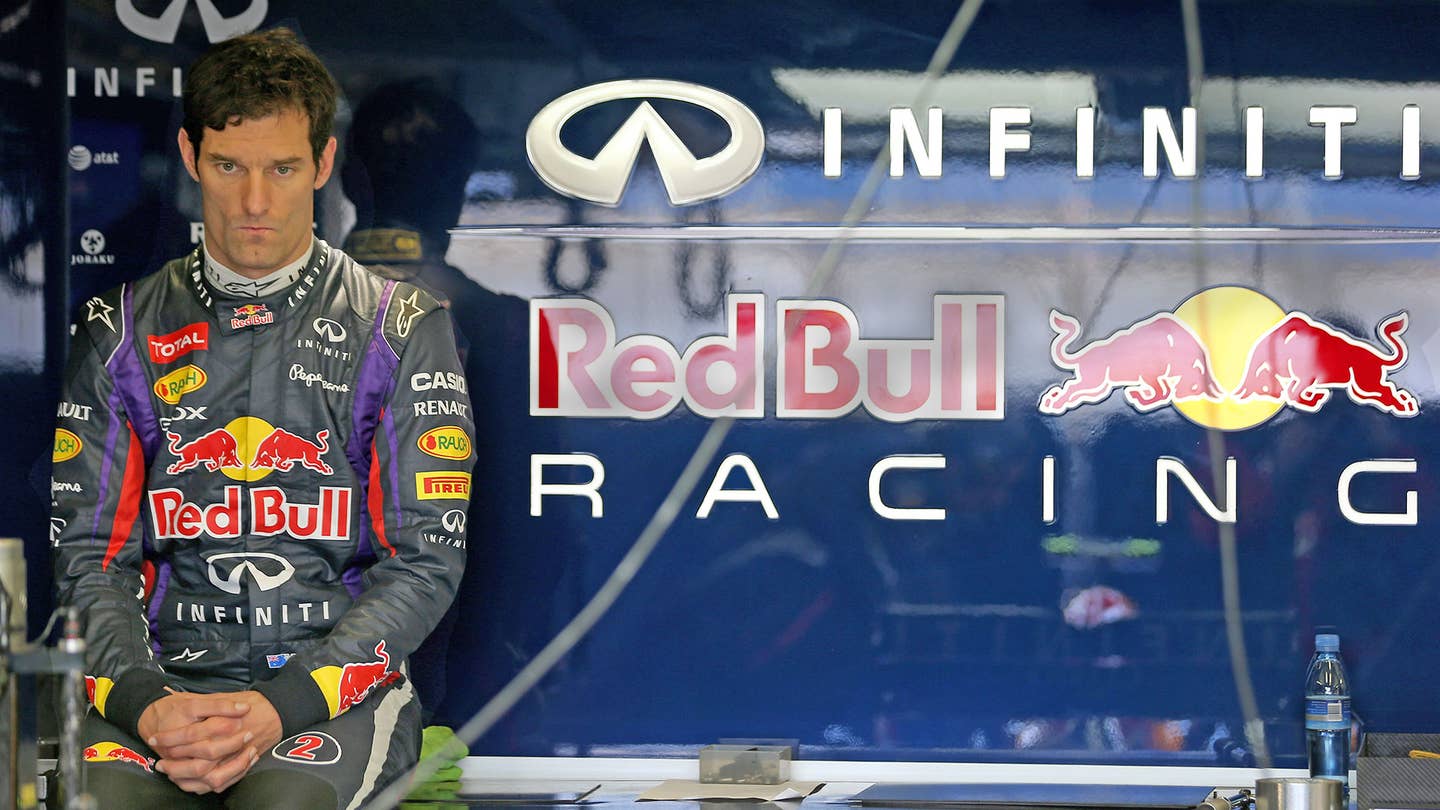 It was a good run. A historic one, actually, which resulted in consecutive Formula 1 World Championships in 2012 and 2013. Now it’s over. Red Bull Racing and Infiniti have parted ways, effective at the end of this year. Fin.

Infiniti and Red Bull met in 2011, just after the latter won its second F1 title. Their courtship was quick, decals and logos, consolidating garages, all in a matter of months. A special-edition SUV followed in short order. Things got serious two seasons later, when Red Bull took Infiniti’s name. Honeymoon in Australia, the first race of the season, with ace driver Seb Vettel carving the team’s name on pole. Infiniti-Red Bull Racing: Forever.

But there were problems. For one, the relationship was certainly unorthodox. Infiniti was never really involved in the team on an oil-and-blood level, like most F1 title sponsors are. Why couldn’t it just care more? Complicating things further, Infiniti’s Nissan-owned sibling, Renault, was supplying engines to Red Bull. Awkward.

The strains and stresses of the past two F1 seasons, both disastrous for the team, proved too much. In the end, it was a “mutual” split. (Are they ever, really?) Red Bull will continue using Renault’s power unit and, in short order, has announced it’ll run under TAG Heuer sponsorship. Infiniti will just be focusing on itself for a while.