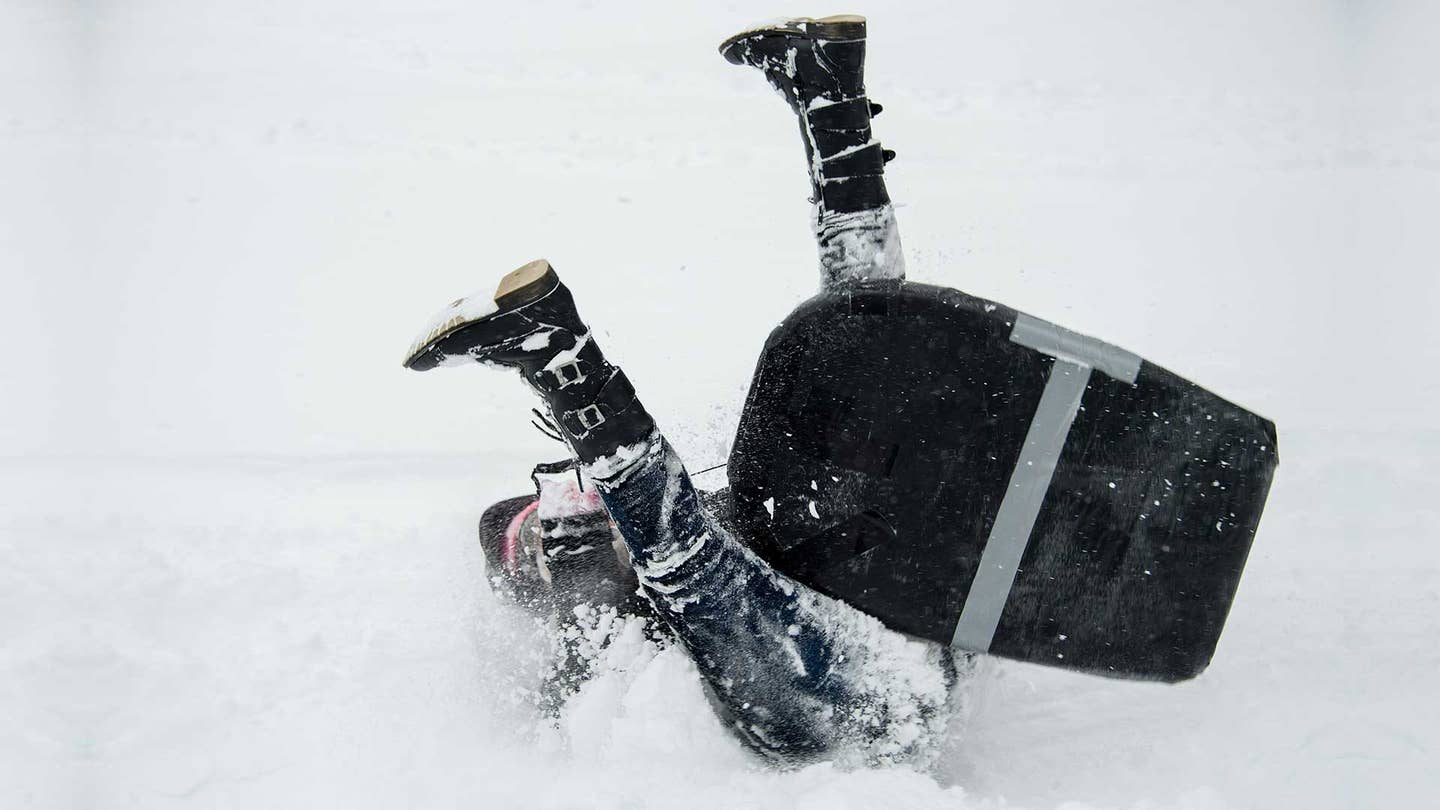 Three days after the East Coast suffered the mighty bluster and powder of Winter Storm Jonas, communities up and down the Eastern Seaboard are returning to normal operations. (Well, except for Queens.) Roads are passable, trains are running and sidewalks are traversable—provided you snagged a pair of L.L. Bean duck boots before the shortages hit. Stores are open, and it’s once again ethical to order delivery. (Keep those tips up, though.) It’s been one Snowy Hell of a weekend, and everyone’s about ready to resume a life outside of the Arctic.

We had some fun though, right? However you may feel about vlogging and Casey Neistat, the man did an excellent job of showcasing the pure awesome that results from empty, snow-packed New York City streets, a junky snowboard, a Jeep Wrangler wearing chains and a surprisingly shred-friendly NYPD. When the “New York, New York” remix slows to half-tempo and the American flag begins to wave in Times Square, try not to believe that now and then, man can triumph over snow and city.

The was the marquis video, but remember: You don’t need drones or production value for snowy vehicular magic. (Ask this enterprising Toyota 4Runner owner so readily proves.) So, here’s our roundup of the secondary videos: none of the catchy music, all of the cool.

The best thing about the Audi R8 besides the side blade? It’s the only sports car in the world with Quattro all-wheel drive.

It’s the little acts of kindness that humanize a government. Like, you know, steering clear of a snowman built by happy, drunk New Yorkers.

We can’t imagine the demand for seltzer was particularly high during the storm—Jonas and Soda?—but Island Beverages delivered nonetheless.

Every SUV has its tribe; now, the 4Runner folks have more ammunition for their fanatical fires.

An ambulance in need deserves pushing priority. Good thing these citizens had their Wheaties on the morning of Jan. 23.

The Honda CR-V is famous for its goofy underbite; this lady gave hers a smile, instead.

This circa-2012 Mazda Roof—née, Mazda 3—is a pretty accurate representation of what happened to those who live in New York or Washington and street-parked their rides.

One of Arlington, Virginia’s snowplows got deeply, deeply mired in snow. Luckily, the municipal police force has a… tank? For towing? It’s… an amphibious eight-wheel-drive truck? Points to anyone who can I.D. the thing.