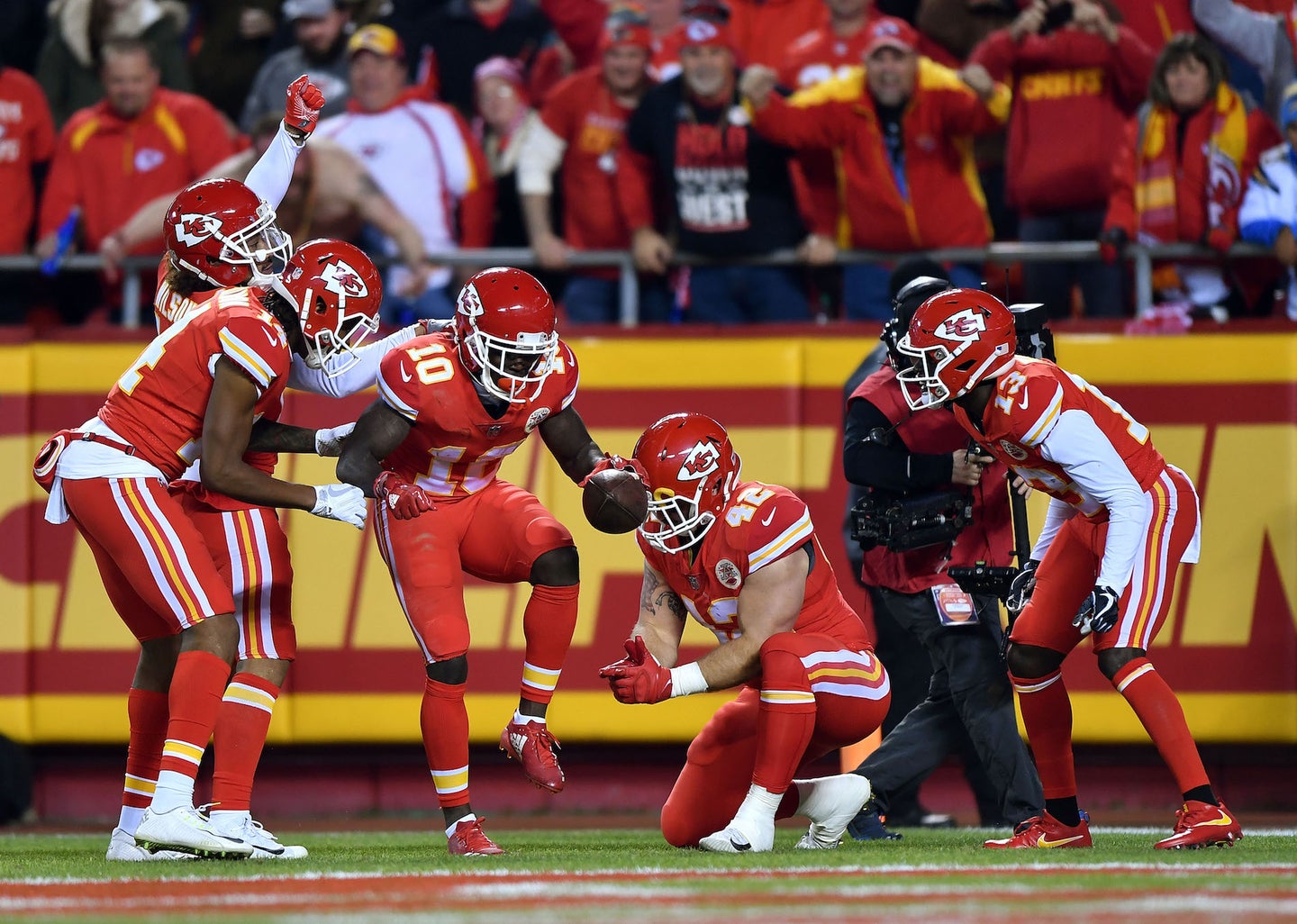 We are truly living in the peak era of NFL team touchdown celebrations. This past weekend, it was the Kansas City Chiefs who choreographed a slick racing-themed end zone performance for their hometown fans.

It all began as the Chiefs scored on a long 64-yard pass from quarterback Alex Smith to wideout Tyreke Hill midway through the second quarter during their 30-13 drubbing of the Los Angeles Chargers.

Hill (#10) immediately worked his way across the field in some sort of hybrid driving/dancing motion. As he decelerated into a simulated "pit-stop," he was surrounded by a group of teammates who went to work to get Hill's ride moving again.

Hill's teammate, Anthony Sherman (#42) appears to successfully change Hill's tires (or cleats perhaps) as fellow receiver Albert Wilson (#12) handles the refueling. The rest of the crew just looks happy to be along for the ride. In a little less than ten seconds, Hill was out of the mock pits and headed into a sprint across the back of the end zone.

The racing performance would seem to be a very appropriate celebration for Hill, who is known to be one of the NFL's fastest players.

Let's hope they didn't forget to secure the lug nuts.