Watch this Angry Man Hang on to a Moving School Bus

One thing you should probably not do is try to board a moving bus. 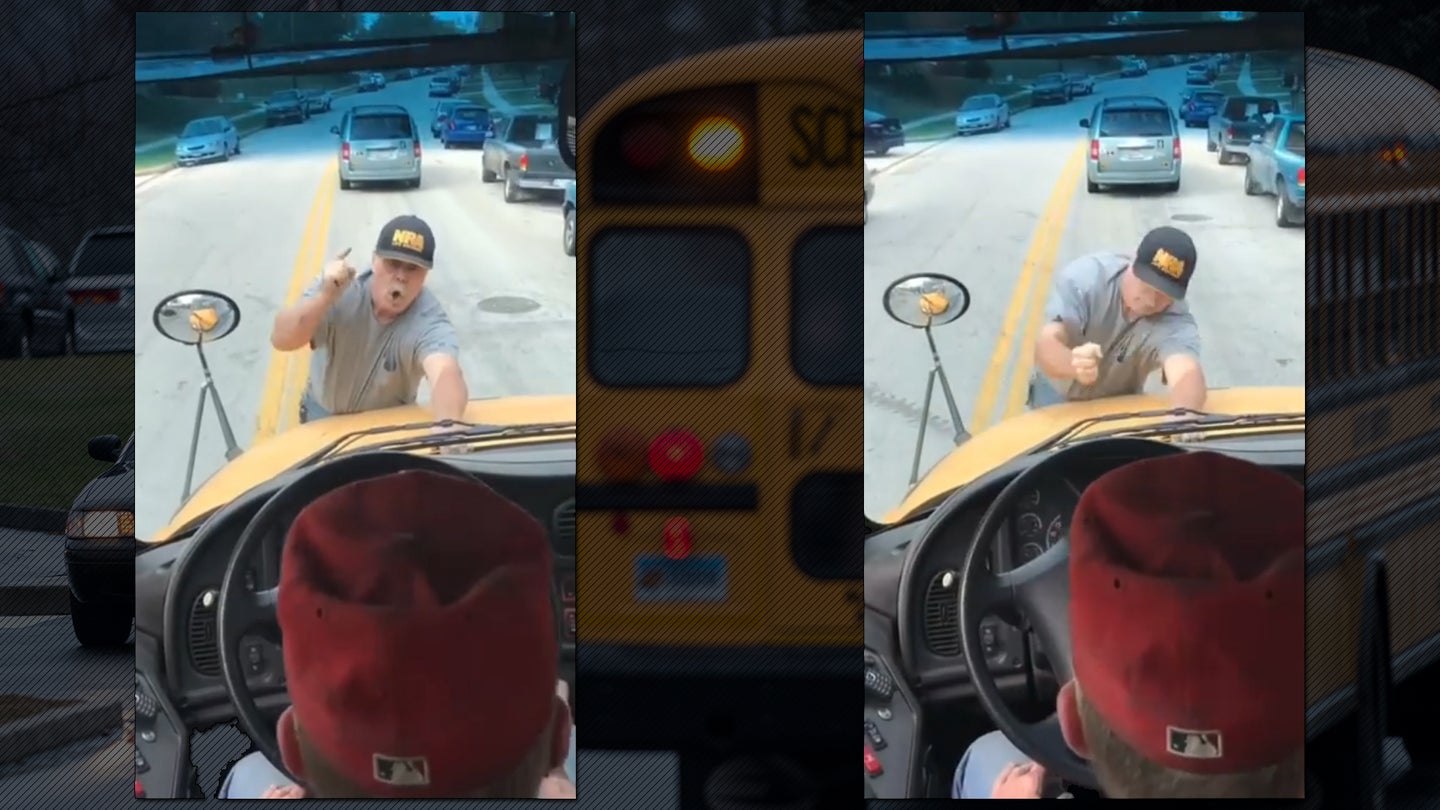 It might not be the great Florida man, but guy from Maryland is in hot water after video footage surfaced online of him clinging to the hood of a school bus in Baltimore County, reports Fox5DC.

Police responded to a call regarding a man who had jumped onto the front of a school bus and began to cause a ruckus last Thursday. According to officers, the man alleged that one of the students riding the bus had thrown a bottle out of their window and struck his car. This act had provoked the man to confront the bus driver by banging on the doors of the stopped bus. When the driver refused to allow the man onto the bus, citing the welfare of the children, he became irate and jumped onto the front of the bus.

Instead of stopping, the driver decided driving towards the closest police station was his best option. "Open the door!" demanded the would-be intruder, pounding his fist onto the hood of the moving bus. Children on the bus can be heard shouting in disbelief and excitement. After all, there was a man hanging on a moving vehicle engaged in a shouting match with their bus driver.

Eventually, the bus became stuck in traffic and it's unclear if the man on the hood jumped off of the vehicle and left, or caused further incident. He was later reportedly arrested without putting up a fight and released from custody. No words on whether the man would be facing charges due to his actions.

This hasn't been the first school bus related incident we witness since kids began returning to class. Earlier this year, a Kentucky family found itself being pushed across a parking lot by a school bus in what school officials called a "blatant disregard for safety." This time, it seems that the driver was trying to act in the best interest of the kids aboard his bus, but we just can't fathom why he though jumping on the hood would help his case in any way. At least he wasn't trying to steal it.