Hey, maybe don’t be such a jerk on the highway. 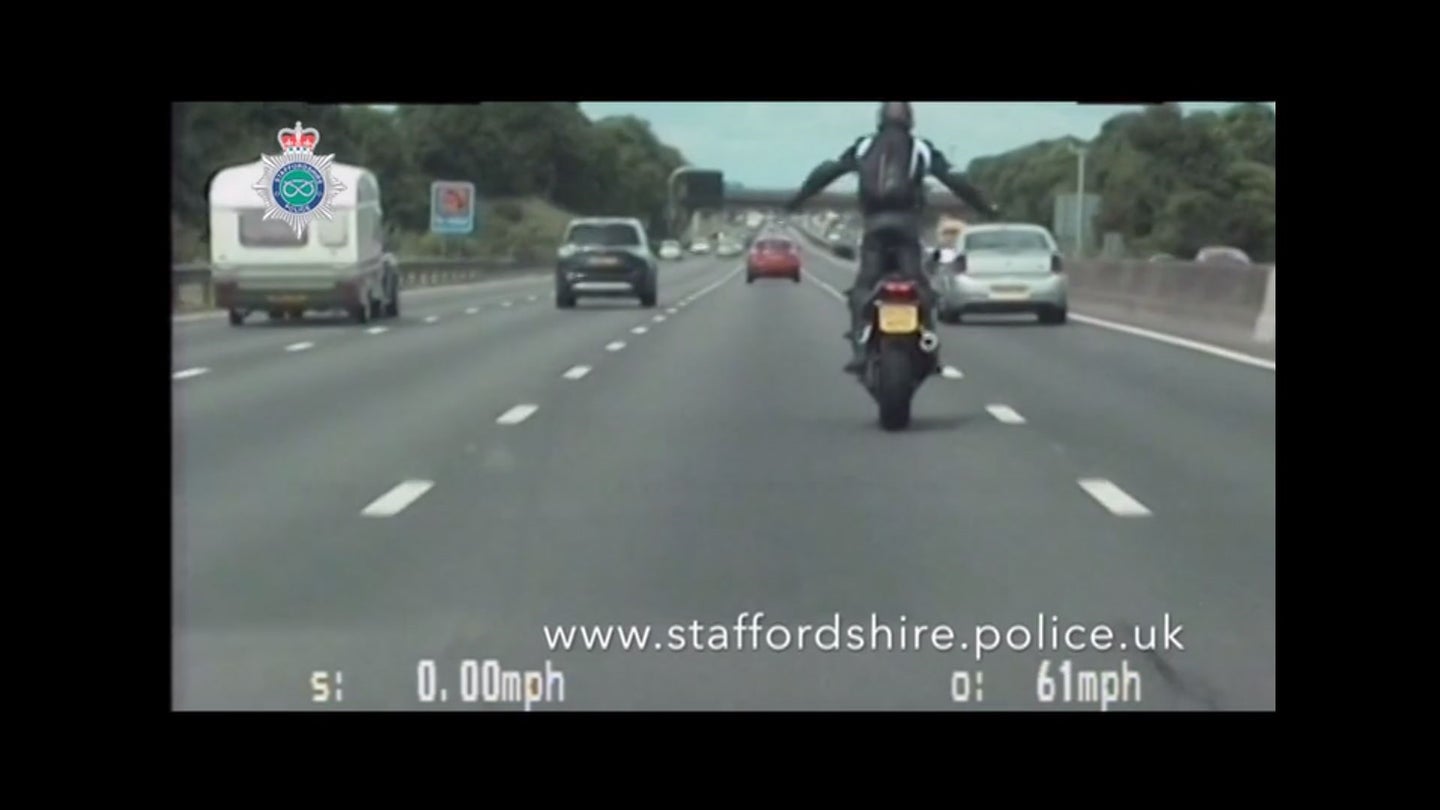 The M6 motorway, a major highway that runs through central England, was recently plagued by a gentleman named Pawel Zietowski. He rode a Yamaha R6 and made a series of terrible decisions, according to local police.

While riding in traffic at high speeds, sometimes exceeding 100 miles per hour, he thought it would be a good idea to pop some wheelies, stand on his bike with both hands off the handlebars, shuffle his backpack around, and snap a few selfies.

Hey, buddy, that’s not what your touchscreen-friendly motorcycle gloves are for.

Little did he know, a Staffordshire police camera was on his tail during his idiotic stunts. Apparently, British cops don’t mess around when it comes to two-wheeled antics, because the Staffordshire police sentenced this guy to eight months in prison after pleading guilty to riding his motorcycle in a dangerous manner on public roads, according to the police department.

Not only has he been sentenced to eight months behind bars, but Zietowski was also banned from driving for 28 months for speeding and using his cell phone while driving. Texting and driving is serious business in the U.K., and this is an extreme case.

We’re all for riding fast and popping wheelies within your abilities, but for crying out loud, save it for the track or some other private road. When you’re on public roads, you’re representing all motorcyclists. Don’t make the rest of us look bad.

Both guys are okay—but they definitely should have worn more gear.