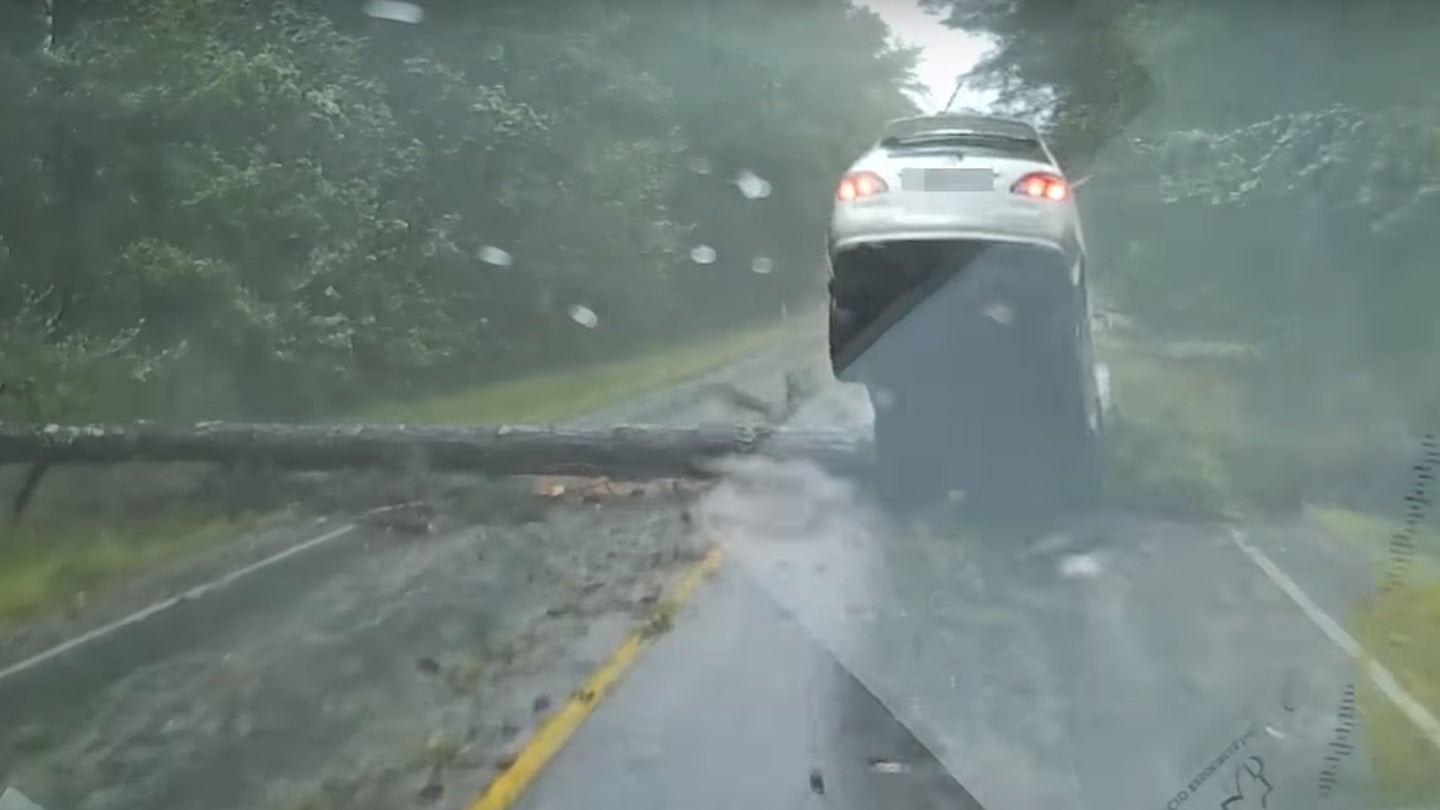 Over the course of its week-long rampage through the Caribbean and southeastern United States, Hurricane Irma inflicted billions of dollars of damage and killed at least 56 people, according to the latest tally. And a dramatic dash cam video shows the storm almost made it 57 by bringing down a giant tree in Georgia and nearly crushing a woman trying to drive her Lexus SUV to safety.

WSB-TV reports April Baxter was driving on Highway 92 outside Fayetteville, Georgia on Monday as Irma—at that point a tropical storm—lashed the region with 60-70 mph wind gusts. She told the station that she lives in a mobile home and was trying to reach her sister-in-law's more stable house.

A man driving behind her happened to have a dash cam, and the video shows her Lexus RX cruising along at a decent clip amid the rain and wind. Suddenly, a tree that appears to be at least 50 feet tall comes crashing down from the left. Baxter slams on the brakes, but she's unable to stop in time and strikes the trunk just as it hits the roadway, crushing the front of her car and sending the rear end spiking into the air.

Two other drivers come to her aid, and Baxter reportedly escaped with minor injuries including a seat belt burn, strained shoulder, and sore knee. Let's take a moment to marvel at how lucky she is; had she been just a little slower on the brakes and slid another five feet, the tree would have landed directly on her in the driver's seat.