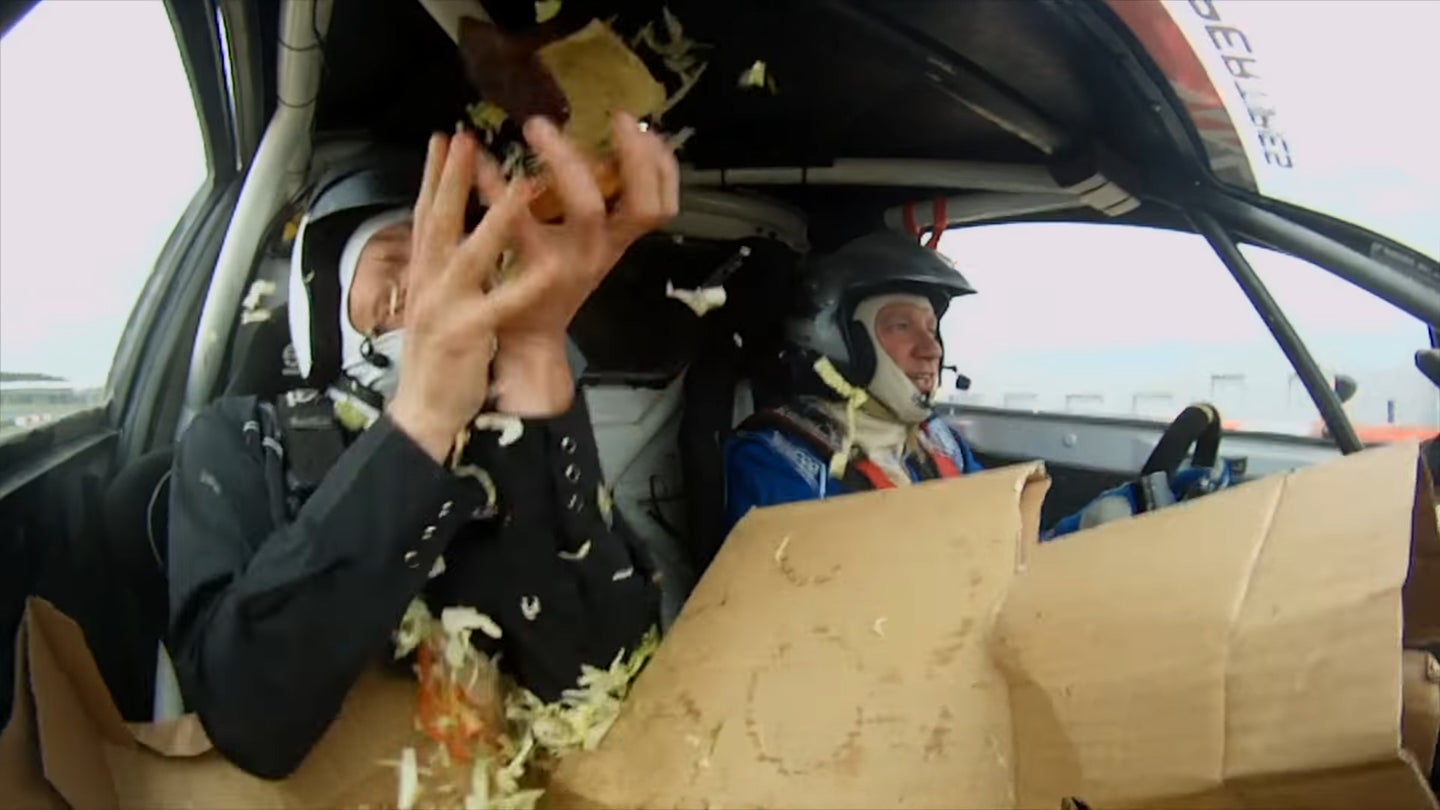 A rally driver can't stop along their route to pick up a burger from McDonald's, so to speed things along, why not just hire your own personal chef to be your navigator? Meet DJ BBQ - he can make some delicious looking food, and also double as our second seat today. If you're into watching rallycross, you might recognize our driver - none other than World Rallycross Championship commentator Andrew Coley. Together, they're going to make lunch.

Coley and DJ BBQ set off in an RX2 car. For those unfamiliar with it, that's the little brother to World RX - so BBQ's new job as copilot could have been a bit more intense. But don't let that downplay how difficult it was for him to assemble a cheeseburger for Coley's lunch.

He gets the bun, slaps a cooked burger on it, followed by cheese, and then disaster. One of the great things about rallycross is that you're not just traveling fast in a straight line. You're turning, sliding, jumping, and pushing every one of the suspension components to the absolute limit. Making lunch in this car proves to be a messy nightmare. But never fear! Our chef extraordinaire assembles something, though it doesn't look like the most appealing lunch in the world.

Clearly, this isn't the most efficient way about feeding rallycross drivers. DJ BBQ might have to consider a new, less messy strategy in order to earn his copilot role in the RX2 series. Nevertheless, I can't help but to feel bad for the poor fellow on set who has to clean that car out.