It’s not The Jetsons—but it’s a step closer. 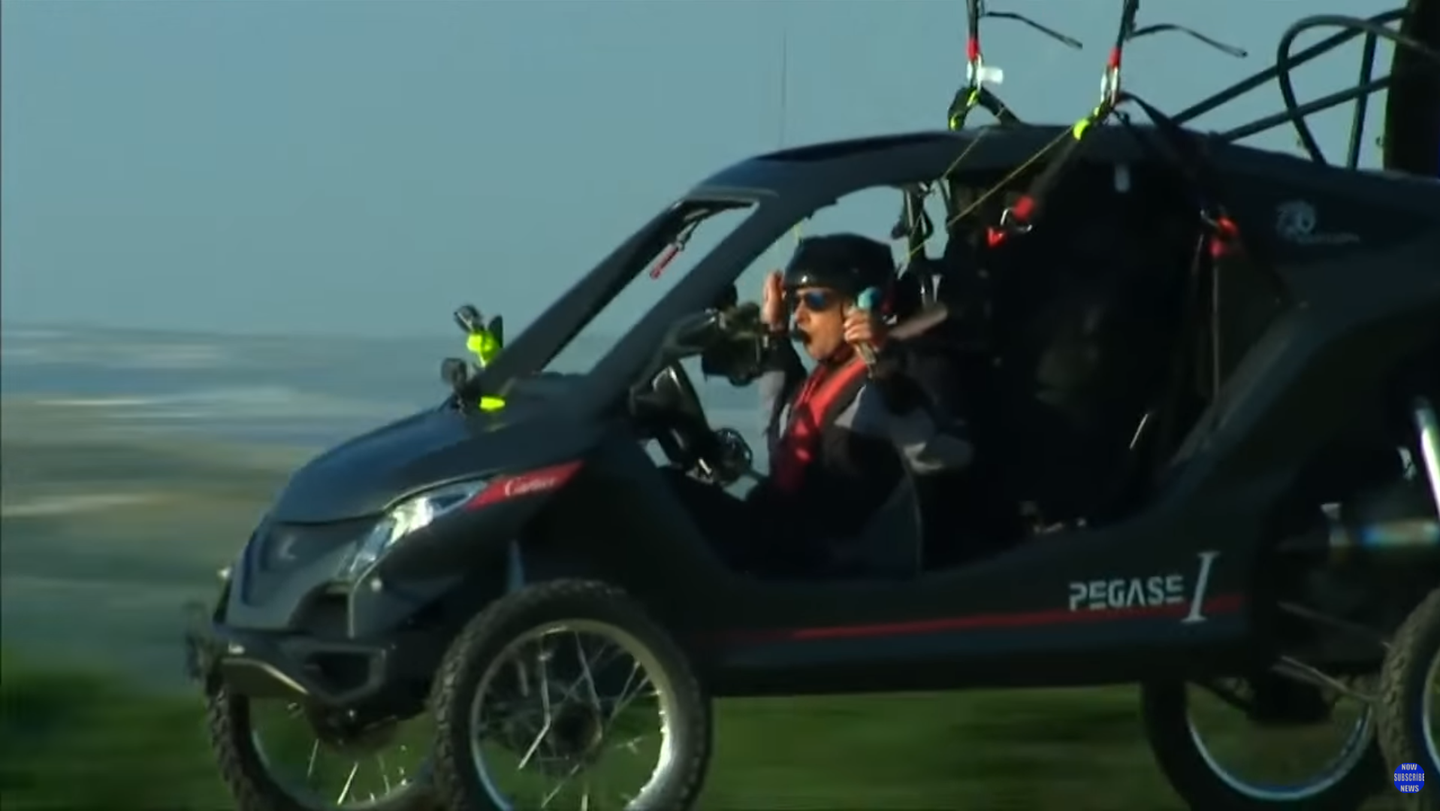 Taking off on an abandoned military runway, French aviator Bruno Vezzoli made a successful trip of about 36 miles flying across the English Channel starting in Ambleteuse, France and ending in Dover, England. His conveyance was a "flying car" of sorts, appropriately called Pegase (Pegasus).

The Pegase was created by entrepreneur Jerome Dauffy. He says he’s inspired by the writings of Jules Verne, and that his initial ambition was to create a flying machine that could go around the world in 80 days. Either he’s an old-fashioned dreamer, or nobody told him about the miracles of modern flying machines which can go around the globe in well under 80 days (the record is 2 days, 19 hours, and 1 minute).

The vehicle itself is a single-seat dune buggy equipped with a propeller for paragliding and a giant parachute. Basically, it’s a motorized paraglider that can also drive on land. This Pegase was also equipped with sea rescue gear, just in case.

“I would say that the biggest risk, just like with any engine-powered machine, would be a breakdown,” Vezzoli told Reuters during his preflight checks. "Usually you land on the ground, but in this case, we would have to do a sea-landing.”

This goofy thing has a bit of an awkward takeoff, but once it gets some altitude and levels out, she actually flies pretty well. See the noble flight for yourself in the video below. It’s cool, but also kind of a bummer considering this is about the farthest we’ve come on flying cars.