No sane person wants to be around when lightning strikes. 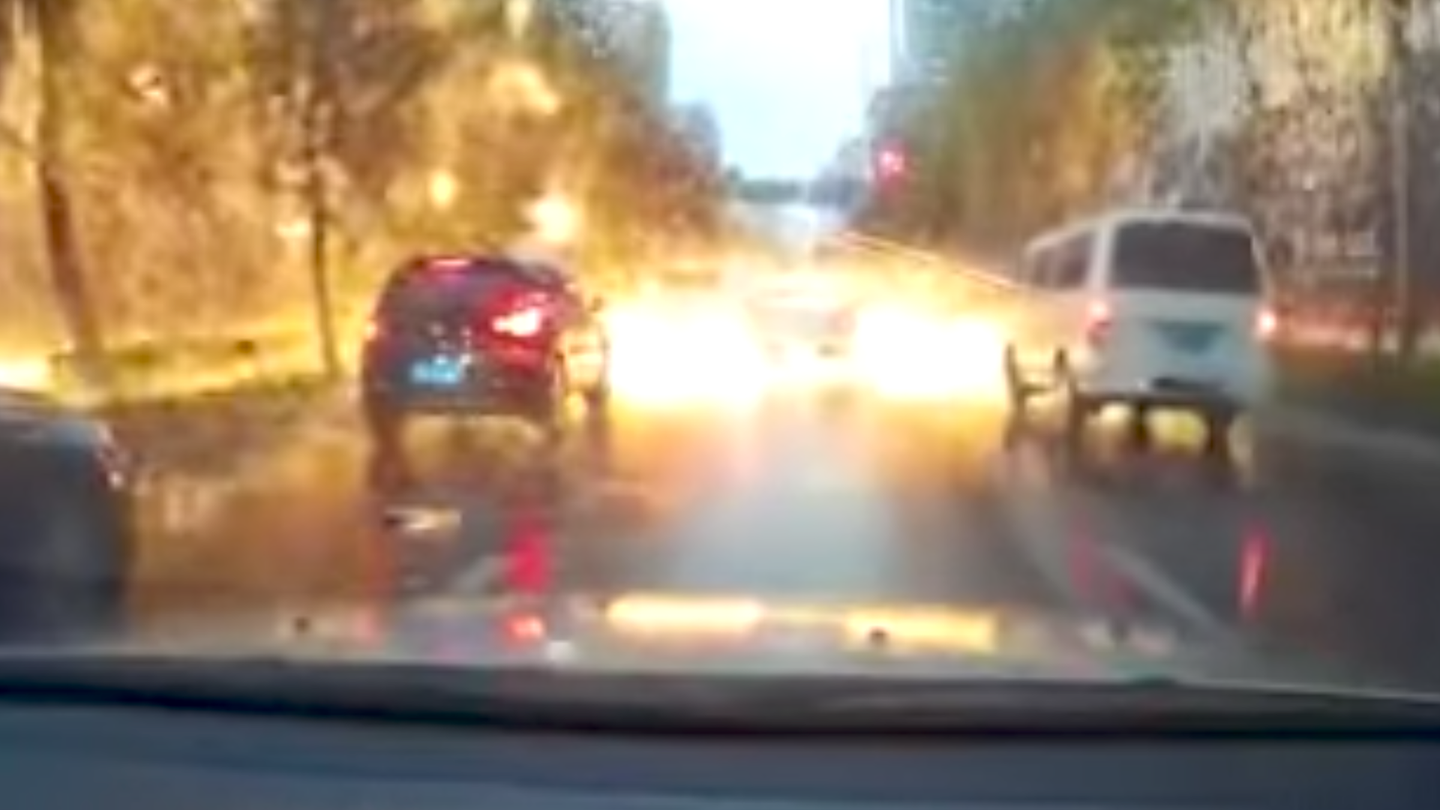 Video shared online last week shows lightning hitting a street in China in front of cars and leaving sparks everywhere, and it's just too close for comfort.

The video was captured on May 11, and shows a scene from China's Liaoning province, according to Daily Mail.  In the video, you can see everything go extremely bright as the bolt hits nearby, then dark, as the camera recovers from the massive burst of light. Then the sparks appear everywhere, showering down from some unknown point of contact off-screen and landing on and around the cars on the b. Thankfully, there's video of the incident below.

An extreme weather alert was in effect in the area for two to three hours, according to Daily Mail. Seems warranted to us.

None of us here at The Drive have been in a car that was struck by lightning (At least, not that we talk about with our coworkers), but we can't imagine it would be pleasant. But in our imaginations, it seems like our reaction would be something along the lines of, "Oh god, oh god, oh god. What just happened? Was that lightning? How did I survive that?" Along with a massive sigh of relief. And followed by a change of underwear.

A vending machine that ditches the Rolos for a Rolls-Royce.