Please, Look at the Most Haunted House in America

Plus, a Cadillac Eldorado from the early Fifties whose spookiness is unknown. 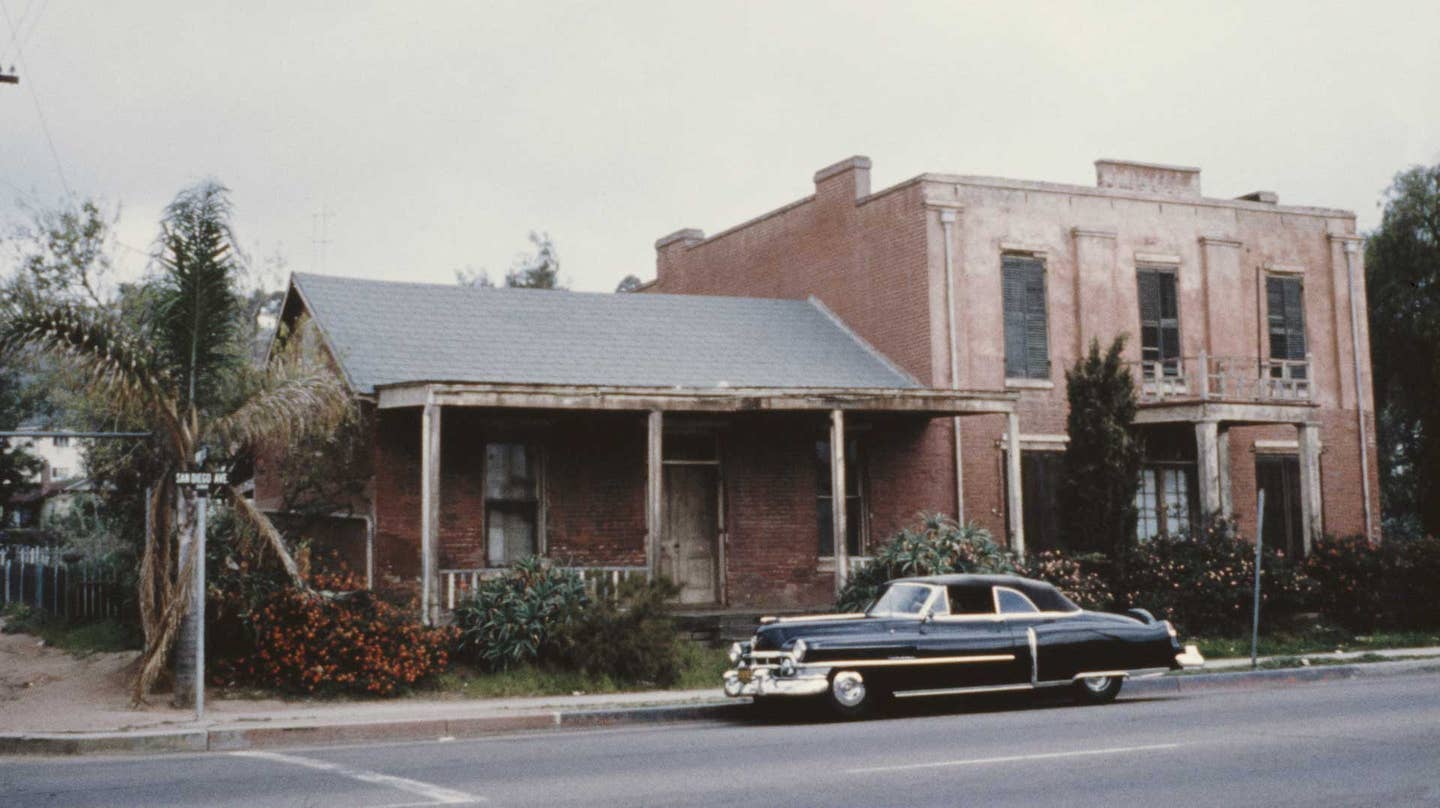 San Diego, 1852. James “Santiago” Robinson is convicted of grand larceny and hanged on a mobile gallows cart at the corner of San Diego Avenue and Harney Street. In the crowd at the execution is James Whaley, a businessman made wealthy following the California Gold Rush. Five years after the hanging, Whaley buys the plot of land on which Robinson met his fate and endeavors, with his new wife Anna, to build a house.

In 1857, the Whaleys move in. In 1858, their new baby, Thomas Jr., dies of Scarlet Fever. His older sister, Anna Amelia, later commits suicide in the house after being swindled by a her husband, a con artist. Her final note pulls lines from a poem by Thomas Hood:

Mad from life's history,
Swift to death's mystery;
Glad to be hurled,
Anywhere, anywhere, out of this world.

Eventually, five other members of the Whaley family die in the house. The remaining members would move out, and by 1965, the house is in disrepair, abandoned. After decades of reports of apparitions, broken plates and self-opening windows, the Travel Channel and LIFE magazine name the Whaley House the most haunted domicile in America.

Take a deep look at this photograph, and try to disagree.