A Field Guide to Rust 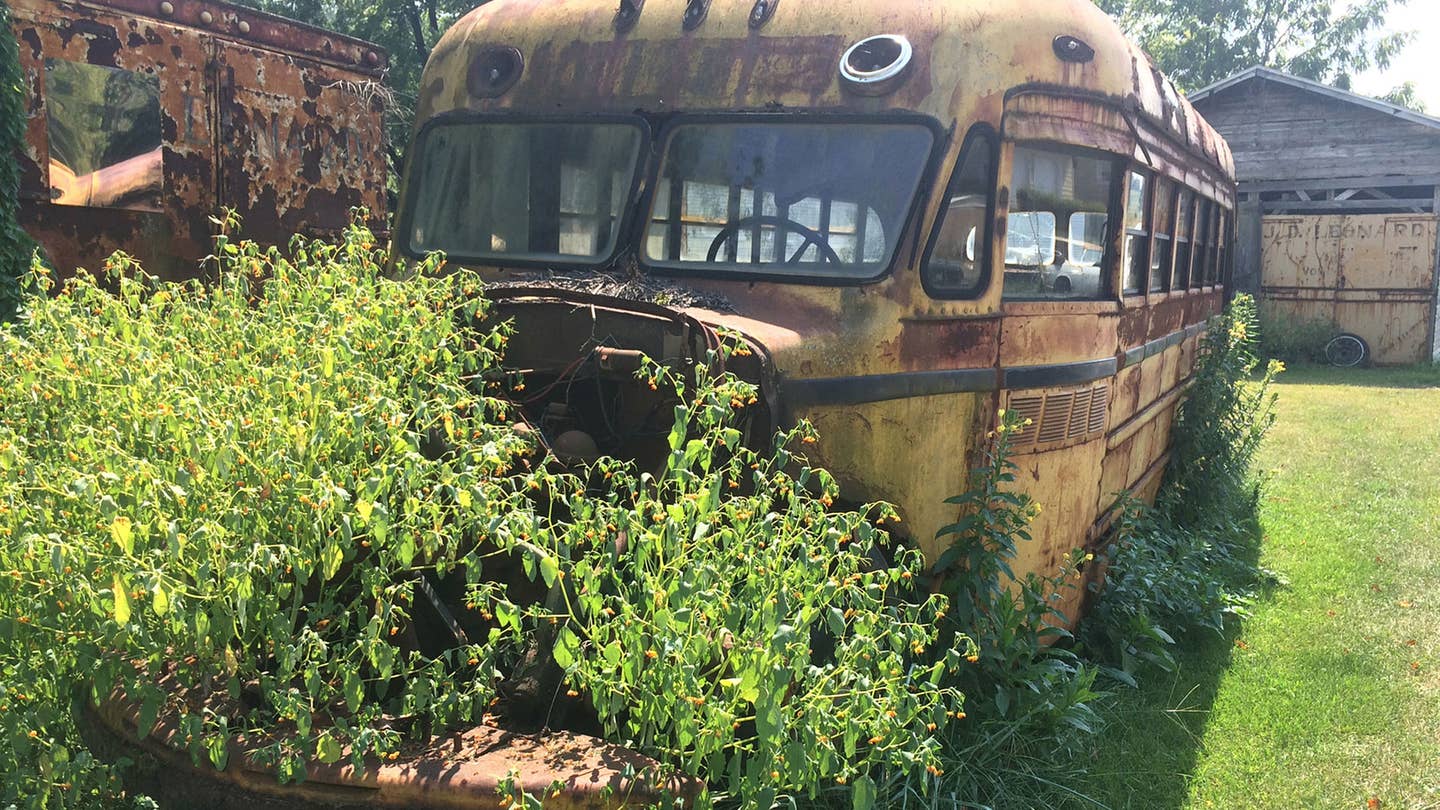 Gearheads regard rust as anathema, and rightfully so. It's a terrible, destructive phenomenon. We've had to deal with more than our share on The Build's Toyota Land Cruiser project. Rust is the worst.

But what is it? Simple: When oxygen combines with iron or steel—usually aided by moisture—it creates iron oxide. There are many different types of rust and corrosion. But for our purposes, we'll stick to good old-fashioned red rust.

Years ago, while working as a tire installer in Fredericksburg, Virginia, I accompanied a couple of coworkers to a junkyard in nearby Culpeper. It was one of those old-school scrapheaps, the sort with trees growing out of Sixties muscle car engine compartments, plenty of wet leaves, the oxidized fenders of swoopy postwar streamliners peeking from beneath thick layers of moss. And, from beneath one of these heaps, the brighter of my two companions found his prize.

It looked more like the setting of a forest fairytale than anything a vaunted classic car, but the man was undeterred. A weary-looking guy, clad in soiled camo jacket and matching hat, dragged a grease-blackened floorjack through the mud. He jammed it beneath the car's sagging, tattered front end. One pump. Two pumps. Three in rapid succession. Then, what sounded like the offspring of a groan and tearing bedsheets.

The car's frame broke in half.

Fifty-plus years of oxidation had taken its toll. And yet, my coworker's determination was unwavering. His mouth-breathing intensified, but the sheen that covered his droopy eyes remained as dull as ever.

"I reckon I kin weld that."

There's a reason people compare rust with cancer. It's indomitable, like a group of developers determined to turn fresh countryside into miles of tacky strip malls and paved-over suburbs. There's no way he was going to conquer the '49 Merc of his uninspired dreams. Once rust starts, it cannot be stopped.

Well, mostly. There are people who do incredible things with old rusted-out cars, the ones that are valuable enough to justify the great effort to overcome the forces of nature. But, in general, the best you can do is delay rust as long as possible, ideally before it even starts; it can be slowed down.

Here are the best ways to keep rust at bay:

Your most valuable weapon in the never-ending battle iron and steel wage against oxygen and moisture is fresh water. That's right, more moisture. This is particularly true in places where the highway department uses salt or salt-like compounds to clear the roads during snow and ice, and near the ocean, where the air tends to be humid and salty. Salt accelerates corrosion by making moisture more conductive, thereby speeding up the electrons that change iron and oxygen into iron oxide.

Salt, acidic leaves and road grit, mixed with water, can get into crevices and cracks in a vehicle's body; it doesn't take long before it finds unpainted metal and turns it into a rusty mess. Since those hidden spots usually live underneath a car and behind body panels, it's important to flush the undercarriage on a regular basis, especially during winter and after driving at the beach (or Boneville).

Spray the largest volume of water possible. Make sure to thoroughly douse the wheel wells, rocker panels, cowl vents, behind trim pieces, and in any other crevices where salt and contaminants might be hiding. Make sure the water runs clear out of drain holes in the bottoms of doors, fenders and tailgates. Oh, and speaking of...

Body panels have built-in drain holes, ensuring the water that inevitably gets inside of them can escape. Of course, when those little holes get stopped up with crap, they hold moisture. That's why you so often see rust spots and holes at the bottoms of doors and fenders.

You can use a pipe cleaner to clean these out. If they're really gunked up, it might be a good idea—if it's possible—to get inside and scoop out blockages so water can flow freely again.

Check the paint for chips and scratches

Paint makes for good looks, but its primary function is to protect from oxidation. Chips and scratches open up the underlying metal to attack by rust. Think of paint as the walls of a house: When there's a person-sized hole in one of them, folks will get in and rob you blind. Don't be a victim. Plug those holes while the sun's still shining.

Fix rust before it becomes a big problem

How do you fix rust? Depends on how bad it's gotten. To fix light surface rust, a little sandpaper, primer, and paint will do the trick—simply sand off the rust, clean it, let it dry, prime the bare metal and then spray. Use fine-grit on the edges to blend the new paint with the old. If the color's a little off, hey, it's better than rust!

If the rust has gotten flaky, or is making paint bubble up, you'll need to kill it off with a grinding wheel. Be careful, because it's really easy to burn through thin sheetmetal with a grinder. Once you've pulverized the flakes, use naval jelly, or some other type of phosphoric acid, to kill off the remaining rust molecules. (Note: Do not get this stuff on your skin or in your eyes, unless you like gnarly chemical burns.) Then prime and paint.

For rust holes, you'll need to cut out the rusty edges, then weld in new metal. Not fun. It's way easier to take care of rust at an earlier stage. You could also use fiberglass fillers, but don't. It'll eventually crack and the metal will rust again.

There are always pieces of a car you can't paint. Inside the doors and rocker panels, for instance. The vehicle's manufacturer may have sprayed or galvanized metal at the factory, but sometimes (especially on poorly-built econoboxes, Malaise Era cars, and, of course, anything old and Italian) those coatings don't hold up, if they're even present. It's a good idea to inject some sort of preventative coating.

I use Carwell CP90—which is basically the American version of Krown, a well-regarded Canadian rust inhibitor—but there are all kinds of products that do the same thing. Carwell is oily (and biodegradable), and when you spray it inside doors and rocker panels and under the car, it creeps into all the body crevices and helps keep water out. I talked to some school bus fleet operators in Upstate New York who have been using this stuff for more than a decade, and they swear by it.

Beware of thick rubberized undercoatings. They'll protect wheel wells from rock chips, but unless you use them in conjunction with a penetrating rust inhibitor, they allow moisture in through cracks and/or areas where applied too thinly. That moisture will become trapped. Then you'll find yourself peeling off chunks of rubber with what's left of metal attached to it.

Luckily, automakers have gotten a lot better at galvanizing metal and coating body panels and frame components. But metal is metal. Even aluminum corrodes. The best thing you can do is just keep it clean and be proactive about little rust spots when they do appear. It may seem like a pain in the ass (and it is), but you'll thank yourself later when your car doesn't look like the S.S. Edmund Fitzgerald.

The Build: Getting the Rust Out

Staff writer Ben Keeshin gets up close and personal with oxidation.