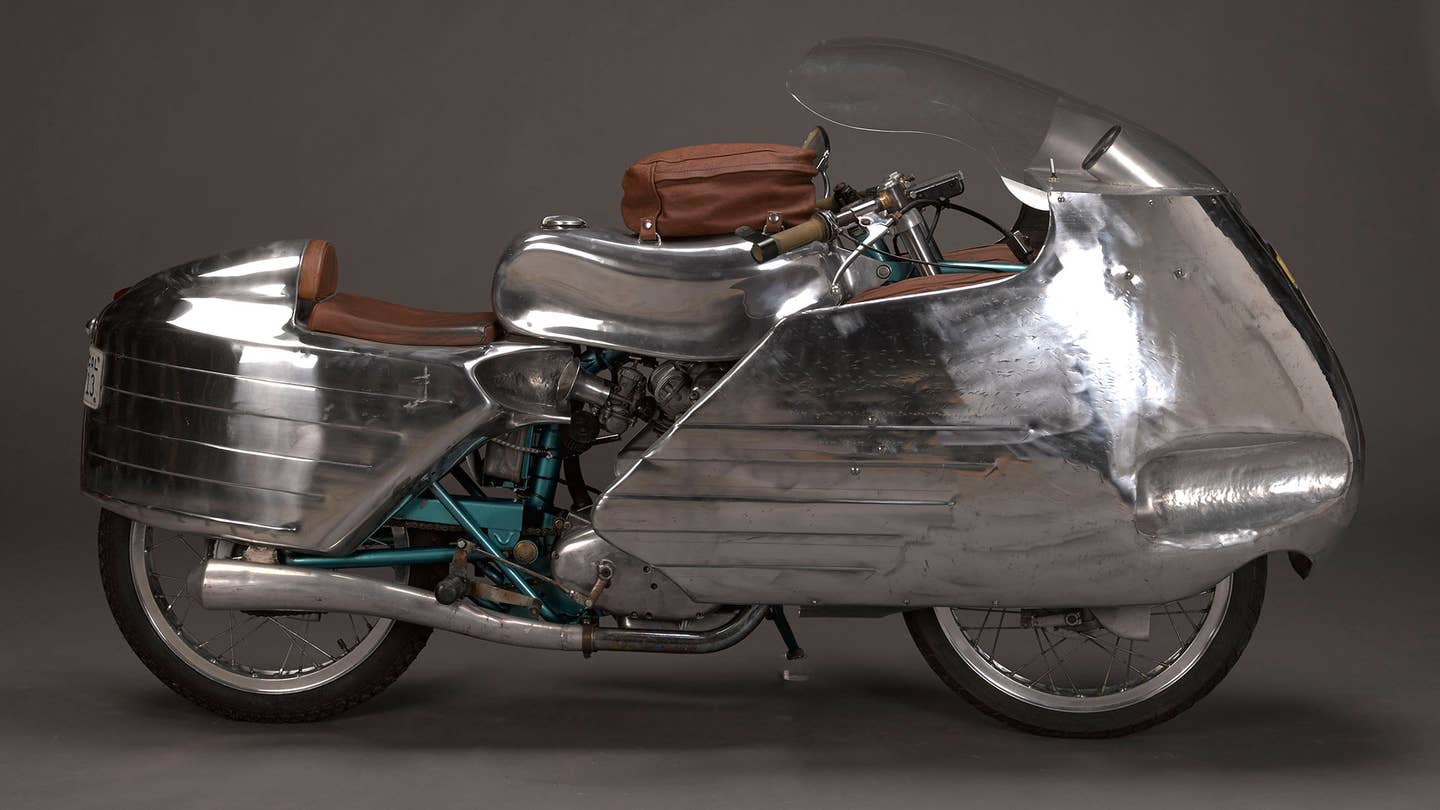 A lot of the special metal rolls across the Bonhams Auction block, but some pieces of rolling art are still more exceptional than others. Example: This hand-formed 1959 Ducati 175cc “Dustbin” Special.

The dazzling polished aluminum one-off motorcycle is the work of California's brilliant Evan Wilcox of Hand Formed Metal. As you can tell from the photos, Wilcox bleeds a whole new level of two-wheel obsession; Hand Formed Metal is a one-man outfit, and only builds motorcycles one project at a time. Wilcox's short list of customers must wait patiently for about a year before receiving their own unique gas tank and tail section, each taking about 40-50 hours to complete.

As the name suggests, the 1959 Ducati 175cc Dustbin Special features a 175cc bevel-driven single-cylinder engine. The engine was built to be a robust powerplant for the Ducati Dustbin and features a number of choice modifications, including a modern four-stroke MXer crankshaft fabricated to work the machined Ducati flywheels. Wilcox's Ducati also features custom airflow by the late Kenny Augustine and a Mikuni carburetor.

Despite the extensive amount of one-off components in Evan Wilcox's Ducati Dustbin Special, it was never meant to be a concours lawn ornament; it’s got pedigree, having participated in a number of rally events including the Moto Giro d'California.

The Evan Wilcox 1959 Ducati 175cc Dustbin Special will be on display for the public at Bonhams on Wednesday Jan 6, from 9 a.m. to 6 p.m. The Las Vegas Bonhams Motorcycle auction begins Thursday, January 7, at 11 am.

According to Silodrome, the estimated value of the motorcycle is between $10,000 and $14,000. We’d say that’s a surprisingly reasonable sum, considering the man hours that went into making this bike so unique and beautiful.