Take a look back at our top live videos from the past year. 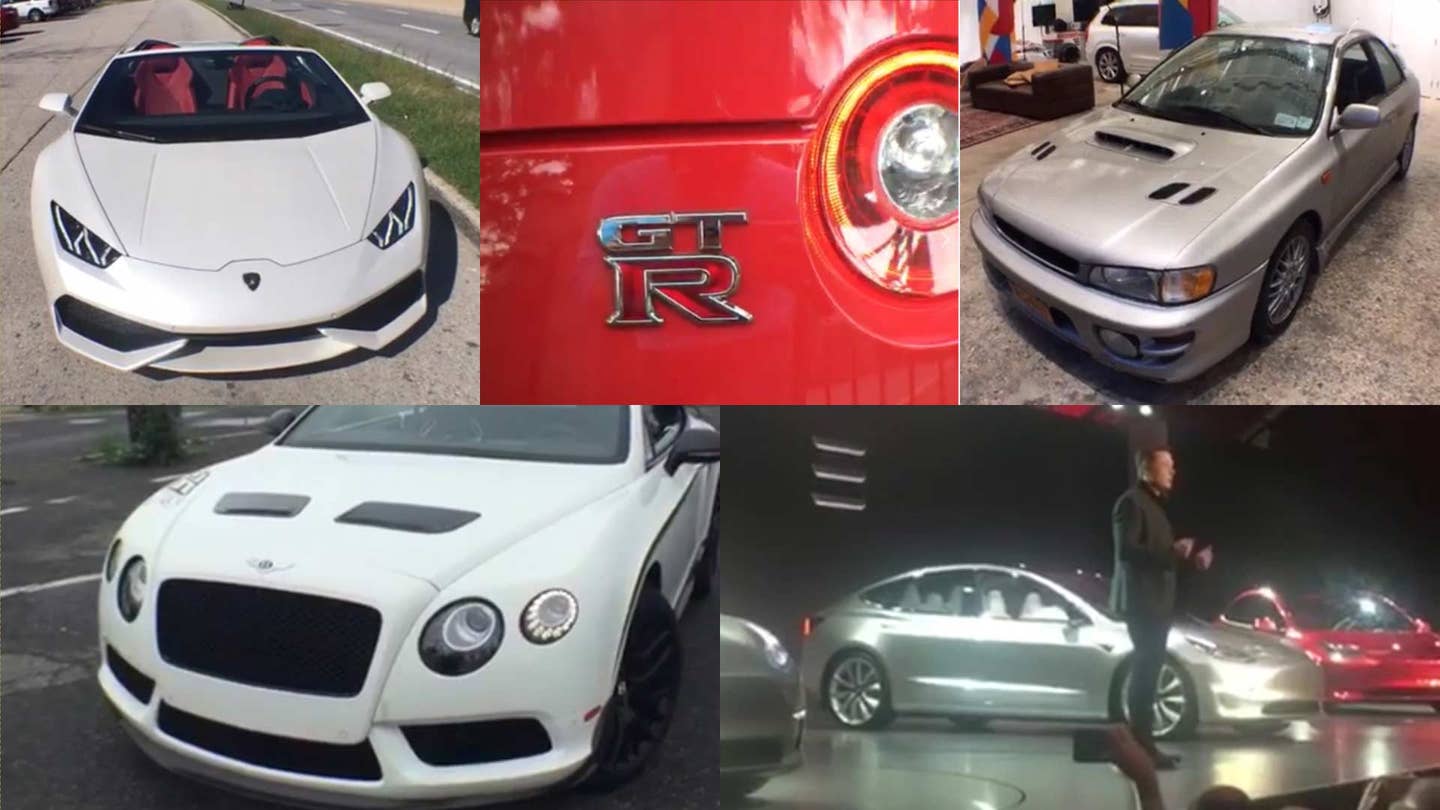 2016 afforded us the opportunity to experience, investigate, and most importantly drive some of the coolest things in the world. As the year comes to a close, we're looking back on our adventures and recapping our favorite video takeaways. Today, we present our top live videos from 2016, which includes a variety of staff favorites, your favorites, and pieces that are simply worth another look.

It's natural that your brow would furrow when you first see a Bentley Continental GT3-R, with its green and black linear decals perched atop the fender haunches. But all grousing subsides the minute your hand moves the knurled shifter into “Drive” and your foot sinks the drilled alloy accelerator to the floor. Who cares what it looks like when a crushing wave of fast is slamming you in the face?

When our youthful news writer and Subaru fanboy went over his lease mile-limit for his 2016 WRX, his solution was to purchase a $500 Subaru shit box, er, Impreza 2.5 RS on Facebook Marketplace. He was told the engine was replaced within the last 100,000 miles (the car has 220,000 miles), and when we asked whether there was proof of this at purchase, our fledgling contributor responded, "I've learned to not ask for anything. Service records are cool, but I just go with it." Ah, to be young and dumb. We couldn't help but shame him for it.

The long-awaited Tesla Model 3 was revealed at Tesla's Design HQ at the end of March, and we were right in the mix. The audience hung on Elon Musk's every word, waiting to see the car upon which the company's future hinges.

The sound this car makes was incredible (thank you, 5.2-liter naturally aspirated V-10) . We’d speed up just to hear the engine howl then downshift to hear it snarl. And that's why we submitted three extra gas receipts for this car.

The GT-R has been around for about a decade but still looks as badass as the day it came out. The designers at Nissan have played around with some of the exterior elements, but its distinctiveness remains. And they're never going to let you forget the name, thanks to an absurd number of GT-R badges found all over this car.