Every five years the range of electric batteries is doubling while cost and reliability are slowly surpassing the internal combustion engine. 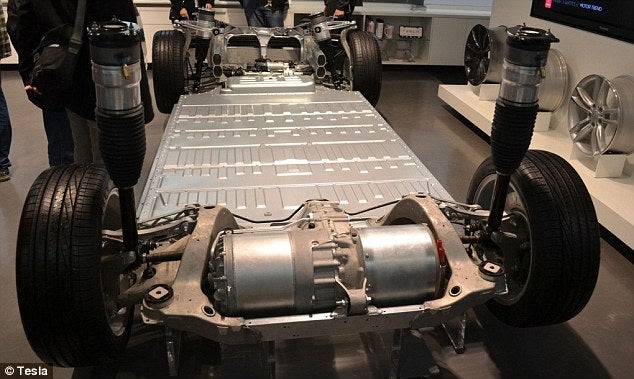 Five years ago Tesla was worth less than Sears, the Chevy Volt was practically being given away, and the price of oil was nearly double what it is now.

Today electric vehicles are having an even tougher mountain to climb in the marketplace. Oil prices have collapsed due to record inventories. EV subsidies have melted away. Demand is low, and to be brutally blunt, nobody seems to be making a plugged nickel with these battery powered cars without the American taxpayer making it possible.

Yet the electric vehicle is going to be a mainstay in your life.  Gas will be there too, but not as much.

Beyond the epic boom in investment by Ford, GM, Volkswagen, and the even greater investments by Tesla, Apple, Samsung, and hundreds of other small and large companies whose products depend on battery performance, there is an unspoken ingredient, an almost Star Wars like force, that is moving all of these forces into developing a better battery.

Just this past week, scientists at the University of Texas lead by John Goodenough, the inventor of the lithium-ion battery, developed the first all-solid-state battery cells.  This is just one of thousands of advances that have collectively helped give us a lithium-ion powered Chevy Bolt with a 200 mile range and a Tesla Model S with a 300 mile range. But this discovery in particular yields a lot of unique promise for our electric future.

Here are the highlights.

"Cost, safety, energy density, rates of charge and discharge and cycle life are critical for battery-driven cars to be more widely adopted. We believe our discovery solves many of the problems that are inherent in today’s batteries,”

These battery cells will allow a vehicle to go two to three times longer than a lithium ion battery. These new cells are able to hold up to three times the energy of today's lithium-ion batteries. That means, potentially, the next generation of electric vehicles could have anywhere from 500 to 900 miles of range.

"The UT Austin battery formulation also allows for a greater number of charging and discharging cycles, which equates to longer-lasting batteries, as well as a faster rate of recharge (minutes rather than hours)."

Right now it appears that all-solid-state batteries could last beyond 1200 cycles with 'low cell resistance'. In everyday terms, this means we're looking at a battery that can potentially last close to a million miles without a replacement. Unlike today's lithium-ion batteries, these all-solid-state cell batteries will also be able to use cheaper materials, such as sodium, instead of lithium.   A desalination plant could potentially not only offer clean water and electricity, but also the sodium needed to make these batteries.

This new technology offers tremendous promise. But it's merely one of thousands of research studies that have turned a technology once seen as dated and impractical, to a new reality that will change the economics of car ownership.

There is an even rosier side to the improved mom and pop financials. The average driver will no longer be spending over $1000 in gas every year. That money will no longer be going, in part, to the Arab dictatorships and the Russian mafia. Instead of investing in the ideological and religious morass of OPEC, we, as in all the world's citizens, can pursue oil independence, and minimize our financial and political involvement with these forces.

Nothing can free mankind quicker than a technology that makes us the keepers instead of the kept. With cars lasting longer, and batteries becoming cheaper and better, we may find that the information age that gave freedom to so many billions of people from the 1980s to today, is furthered by a mobility revolution that allows people to go wherever they want whenever they wish.