5 presses of your touchscreen and you’re all paid up, with an electronic receipt. 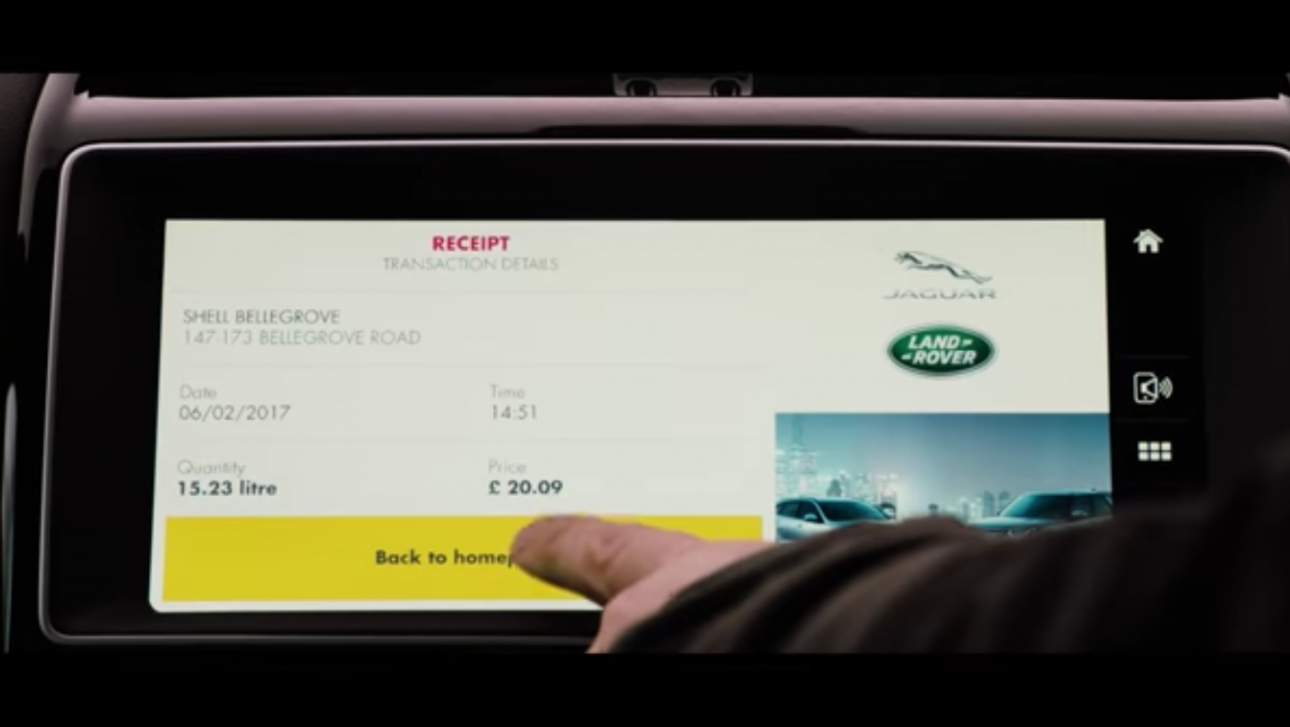 In what's being hailed as a first for cashless, in-car payment, Jaguar and Shell today announced a partnership whereby owners of 2018 Jaguar F-Pace, XE, and XF models can pay for Shell gasoline using just their vehicle's infotainment system.

Via the Shell app, you can locate the nearest Shell station via GPS; when fueling is complete, simply enter in the fuel pump number, confirm the amount, and just like that you've paid for gas without any human interaction—or even taking your wallet out of your pants. (Payment is processed via PayPal or Apple Pay, with Android Pay slated to be added later in 2017.)

A receipt will display on the infotainment screen, so you know you've paid, and will also be emailed to the address of your choice, for easy integration into personal or work expense software.

The initial roll-out is UK only, but the service is slated for global roll-out. And it's also the first of several cashless in-car payment options, according to Peter Virk, director of connected car and future technology for Jaguar Land Rover.

"Today we're obviously showing cashless motoring for paying for fuel, and we're on a journey of bringing further payments inside the car—parking, or even a restaurant on the go," Virk says.

UK drivers can download the Shell app for immediate use as of February 15, while US customers can expect availability later in 2017.