In Silicon Valley, Automakers Are Fighting a Brain Drain

For talented (and even not-so-talented) tech hires, BMW ≠ Alphabet. 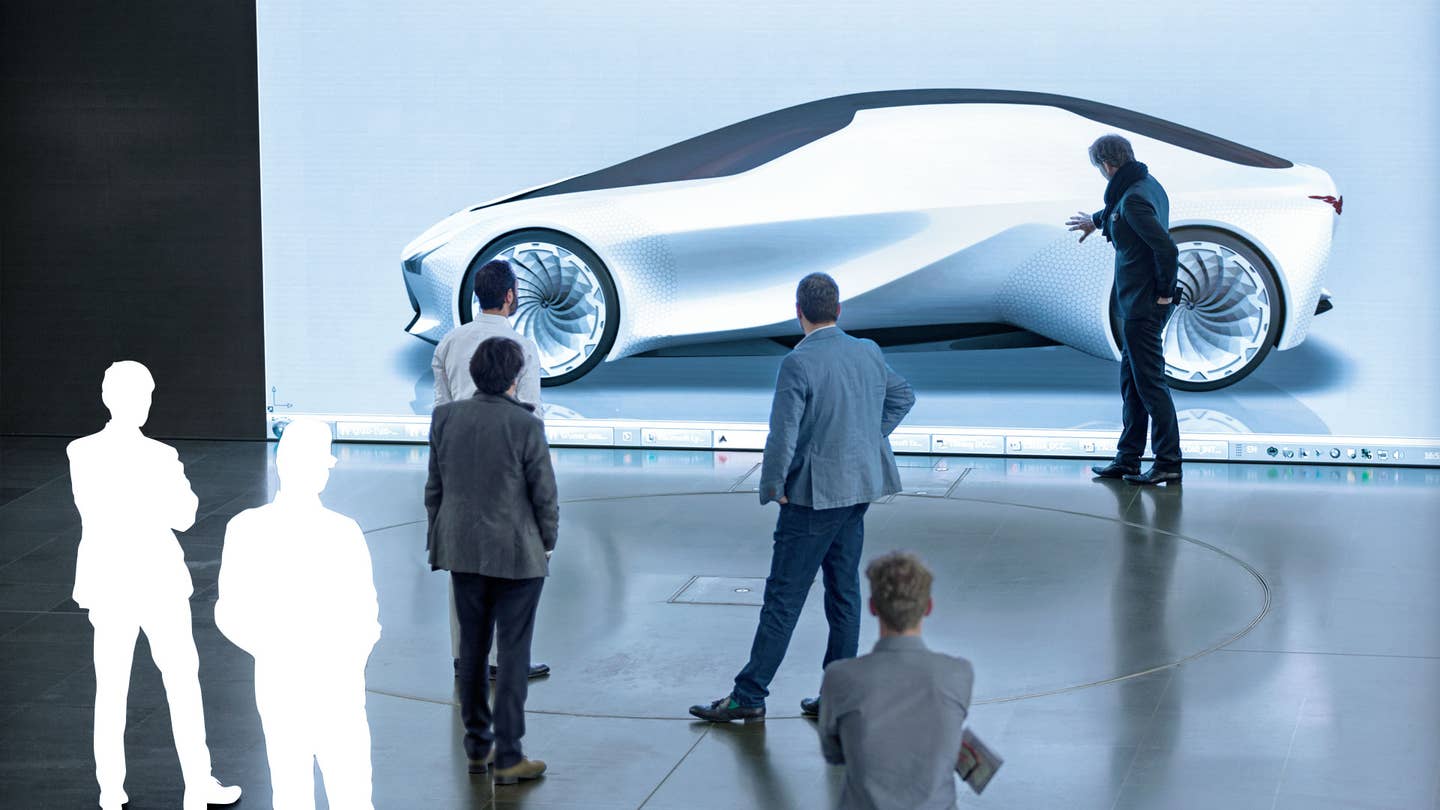 Finding and retaining talent is one of the biggest challenges for the tech industry, and with software now just as crucial to the future of transportation as brakes and suspensions (indeed modern cars already incorporate software into those very systems), the talent-poaching that has for years typified Silicon Valley is now hitting the auto industry—hard.

"The automotive space is so hot right now," John Krafcik, the CEO of Google's self-driving car project, said earlier this year. And that's made finding and retaining the best of the best more difficult than ever.

This challenge was personified during the publicized spat between Elon Musk and Apple over $250,000 signing bonuses and "Tesla graveyard" comments. Since then, the fight for the best and brightest has moved from the C-suite to the mid-level—specifically down to the Get Shit Done crowd that will make good on the myriad of promises that purport to revolutionize how we get around.

Engineers with experience in everything from security to machine learning are traded like baseball cards, with recruiters reporting that five- or even six-figure signing bonuses are so common they're pre-arranged, or barely negotiated. Trawling LinkedIn for AI researchers and mobile security experts shows a crisscross of Google to Tesla, Tesla to Apple, Apple to Ford, and now, maybe onto to some autonomous startup promising a big aqui-hire payday.

While poaching talent is nothing new, it's more damaging to the automotive manufacturers that recently planted a flag in the Valley. The rush by automakers to build out and staff up on the west coast over the past few years has had the unintended consequence of making it harder to compete with the New Establishment.

The latest war for talent comes after a slew of high-profile departures from major automakers and auto suppliers, including Apple snagging Johann Jungwirt away from his post as CEO of Mercedes-Benz R&D in the Bay Area, and supplier Delphi losing its Silicon Valley director John Absmeier to Samsung.

Automakers, desperate to get in on the mobility wave, have brought some of their most talented and ambitious people to Silicon Valley—and now it's watching some of them abscond to tech companies just as their own programs are hitting their stride.

But the larger problem seems to be an issue of perception. Offer a freshly-graduated CS major the option to work at Apple, Google, Facebook, Ford, or BMW, and the last two don't always register. That's unfortunate given the ambition of the former and the history of the latter.

While BMW has plenty of cred with gearheads, the work coming out of its Silicon Valley outpost helped change how we interact with our cars. When the iPod came out, the SV crew recognized the potential and had a working prototype integrating into the infotainment system, all before the brass in Munich had even seen one. They also gave us iDrive.

When Ford took a hard look at all the disparate pieces that now make up Mobility, it hit the ground running in Sunnyvale. While it's doing all the same work as the competition with autonomy and car sharing, it's also been cranking away on everything from integrating bikes into multi-modal commutes to helping medics in Africa get data on what routes to take.

These are big companies with big ideas and big resources. Some are doing it right, others planted a flag and threw money at it, while still others are attempting to buy their way out of their technical deficit. But few are drawing the volume of talent needed for everyone to survive—particularly now, with all the new players in the game.

"Some of us are just fighting for scraps," one recruiter said, of trying to staff out engineering positions at automakers. Another commented on the amount of money being thrown at people who, two years ago, were low-level players, at best.

"I've had clients call in a panic," when an important, if mid-level, employee leaves, the recruiter said. "They'll take what they can get, even if [it was] a résumé they wouldn't have considered six months ago."

Compounding matters is the raft of startups that have been brewing in stealth mode, and are now beginning to make the pivot to launch or acquisition. The promise of a big payout, particularly in autonomy, has lead to dozens of founders attempting to stake their claim. Some have done well (see: Cruise) while others are trying to divine what secret sauce will get them the funding they need to not only survive, but attract the people that will make substantial contributions.

"If you're some kid with a basic understanding of machine learning," one venture capitalist said recently, "are you going to take that entry-level position at GM, or try to make a billion dollars on your own? I know what I would choose."