It's possible in Japan thanks to Nissan’s V2H system. But why not everywhere? 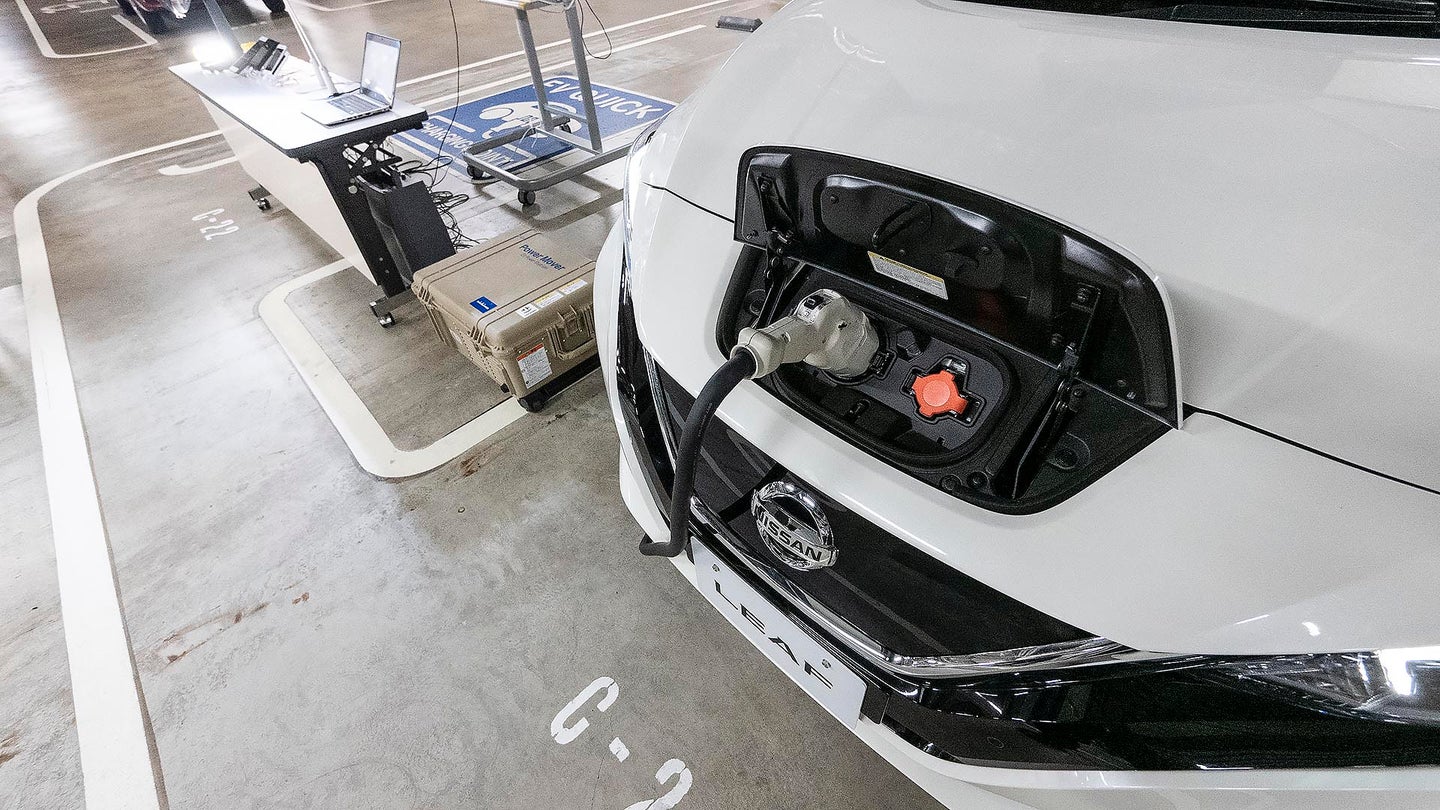 On Sunday, September 1, Japan will remember the massive Kanto earthquake of 1923 with the annual Disaster Prevention Day. Also on Sunday, or maybe a day later, hurricane Dorian is expected to slam into Florida. It’s the perfect occasion to remind ourselves that the shiny new EV in the garage could be used for something else than getting groceries, namely as a giant uninterruptible power supply – if the EV would come with the wiring to convert the 350V or thereabouts of the battery to something useful.

Ever since people started talking about EVs, the concept of turning the parked cars into a giant buffer battery was bandied around, but very little was done about it. Except for the USB connection for the smartphone, most EVs take electricity, but they cannot give it back. Most EVs, except the ones by EV pioneer Nissan. The company also pioneered V2H, or vehicle to home. The batteries of the LEAF, and those of Nissan’s electric van, the e-NV200, can do more than storing electricity for driving around, they also can give the electricity back to the house, or wherever it is needed. At least they can do that in Japan, where V2H can be specced as an added extra when the car is bought.

In observance of Disaster Prevention Day, I talked today with Kiho Ohga, General Manager in charge (get it?) of Nissan. She even laid on a V2H LEAF in the basement garage of the Nissan’s Yokohama HQ, to show you how it’s done. To send power back to the house, the electricity is run through a special charger that can go both ways, house to vehicle, and vehicle to house. Nissan also sells (for around $6,000) a portable unit, a Pelican case the size of a small suitcase that allows the LEAF to bring electricity to where it is needed the most. For that, Nissan cooperates with communities across the country to make V2H EVs available quickly when disaster strikes.  “In an average house, a LEAF can keep the lights, and the A/C on for two to four days,” Ohga told me. Parked next to a convenience store, the LEAF can keep the fridge and the cash register going  during a power outage. A LEAF in the basement garage of a tall building is good for 100 elevator trips.

Using a car as a backup-battery to prepare for the rare case of an emergency has big advantages over a fixed system, Ohga said. After all, the most expensive part, the battery, has already been bought. If I insist on spending money on a big system with solar panels, and a fixed battery bank, Nissan will happily sell me one, using reconditioned EV batteries to keep the price down as much as possible, but Ohga recommends I don’t. “We can’t speak for other OEMs,” Ohga said, “but the price for fixed batteries simply is too high.”

That most likely was a small dig at Tesla, which doesn’t offer V2H, but tries to sell battery banks and solar roofs to a clientele living predominantly in earthquake-prone California. However, American’s can’t buy a V2H Nissan Leaf either, the technology is limited to Japan only. “We don’t have concrete plans yet to go abroad,” said Ohga, “ but we already have a lot of inquiries, especially from Europe.”

Quite possibly, Nissan’s subsidiary Mitsubishi Motors might be first in foreign lands with a V2H system. Mitsu showed its DENDO Drive V2H system at this year’s Geneva Motor Show, saying that it will market the system in Japan and Europe “from 2019.”  DENDO is built around an Outlander plug-in hybrid. Its battery naturally is much smaller than a BEV LEAF, therefore, DENDO comes with the fixed battery bank and solar panels Nissan recommends against. Mitsubishi also cooperates with local Japanese governments.