Flash! Armies of Microcontrollers in Our Cars Hunger for Memory, and Renesas Feeds Them 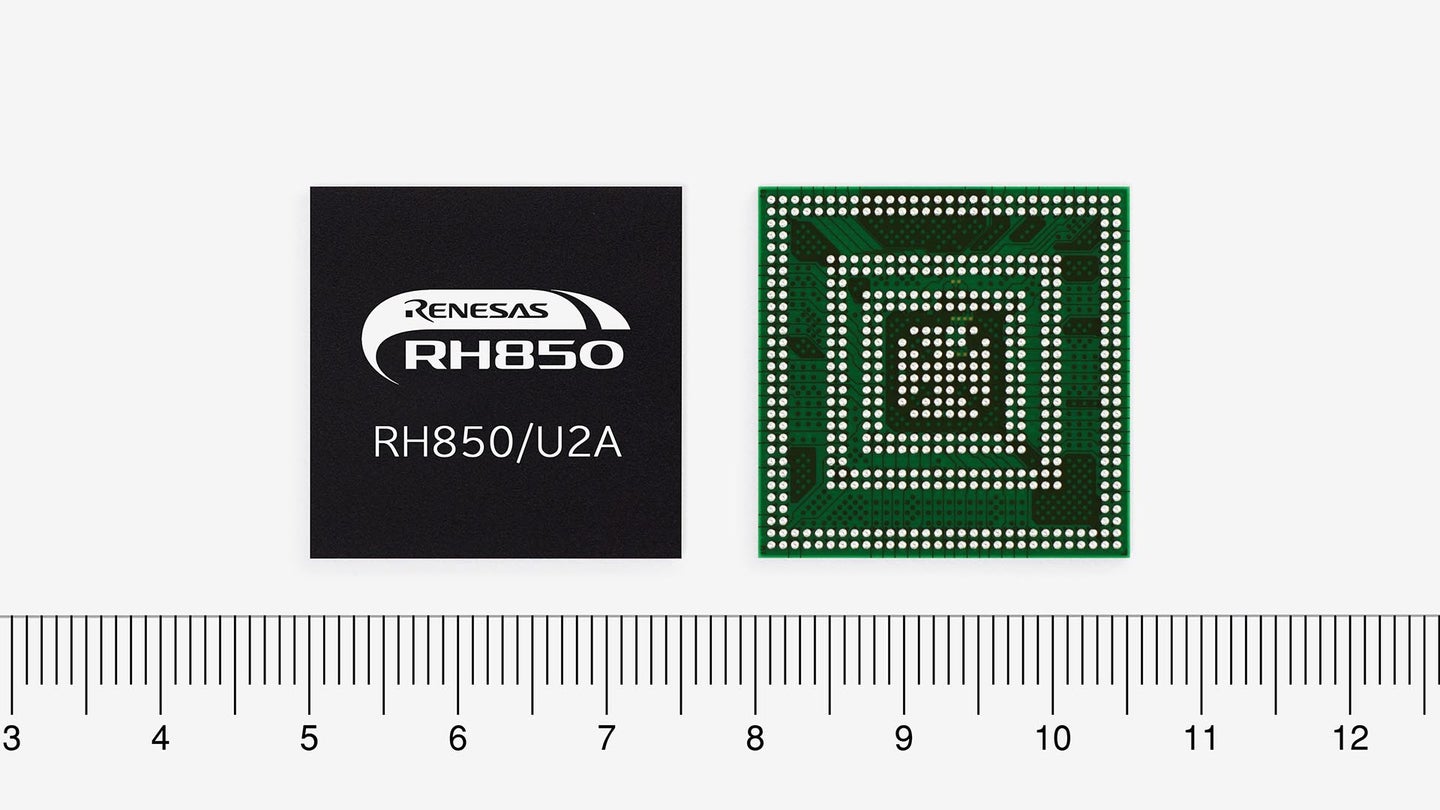 Our cars are filled with a dizzying number of microcontrollers (MCUs), chips that do anything from lowering the windows to absolutely nothing while they wait to deploy the airbags. You find (if you look hard, they can be tiny) microcontrollers in transmissions, they do steering, suspension, braking, body control functions, they are hard at work in stability management systems, GPS based navigation systems, by-wire steering and braking systems, and in many other places of the car. Distributing 70 of the devices throughout the car is quite common these days, better-appointed cars can have more than 100.  Quite often, a car can have m,ore "computers" than a small company.

The days when the little guys had only a few words of memory are over. With the advent of OTA, autonomous and electric driving, software grows, and with that the demands for on-chip memory.

Yesterday, Renesas, the reigning chip-giant in the automotive field, announced 24 megabyte flash memory to be embedded with its MCUs.

24 megs of memory may not sound much, after all, don’t we often have a thousand times more in our computers, or even on a single USB stick? For MCUs, 24 megs is a lot, actually it is the industry’s largest memory in an MCU, Renesas claims.

For you chipheads, the embedded flash memory uses the SG-MONOS (metal-oxide-nitride-oxide-silicon) technology announced in 2016. It is a 28 nanometer chip, and with that, the hotness of a 2011-era CPU finally has reached the prosaic microcontroller.

The tighter lithography is keeping the memory small, which at last opened the door to 24 MB of on-chip flash memory. The memory delivers industry-leading 240 MHz high speed random access timing, at junction temperatures from -40°C to 170°C.

As computing power increases in the car, power consumption of all those chips is turning into a likewise increasing problem. Without reducing the throughput, Renesas has reduced the memory’s peak current consumption by 55 percent compared to earlier Renesas devices. The new device achieves high-speed programming at 6.5 MB/s.

The memory will first go into the RH850/U2A MCUs of Renesas, samples of the MCUs are expected to be available in Q1 2020. For the moment, you will have the buy the RH850 chip if you want the memory. S should you be interested in making the new flash memory a part of your custom SOC (system on a chip) then you better start talking to Renesas now.