Executive Producer Mike Spinelli curates gifts for people who travel all over the place producing videos. 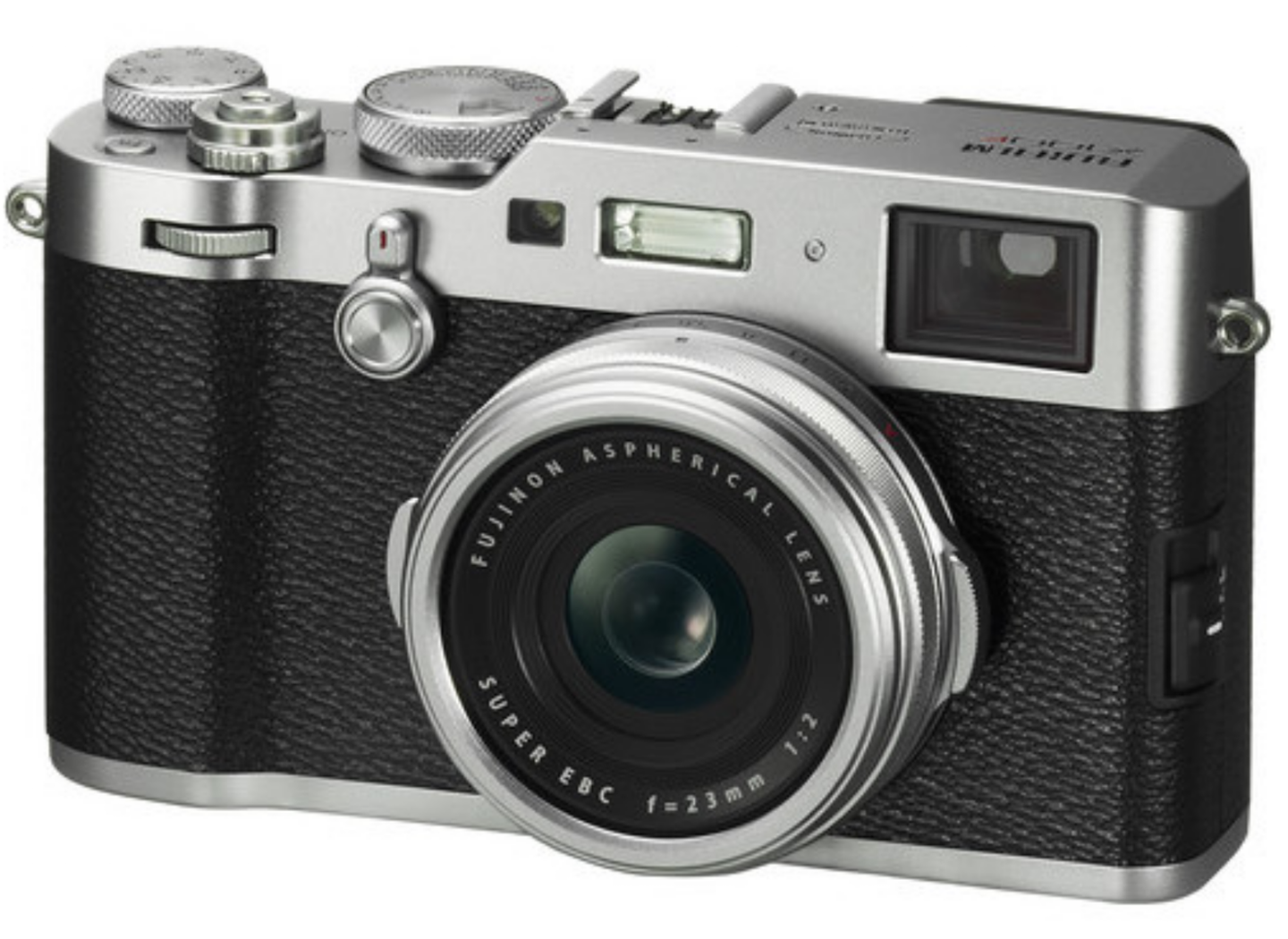 Writers, if you catch them in a moment of reflection, usually over drinks on someone else’s dime, will admit we secretly envy the ones manning the shutters and lugging the Pelican cases. I’ve loved every minute hanging out with great photographers and videographers; seeing a subject through their eyes sharpens a writer’s own eye for portraying scenes vividly. Often a photog catches a visual detail that launches a whole new narrative front. Sometimes their advice extends to the practical, like "always use a bathroom whenever one is available, because one might not be available later on." I'm not sure if that's a metaphor or just good sense, but I consider it both.

Learning to shoot photos and video has enhanced my perspective on the physical world immeasurably and remains an ongoing process, which makes choosing a proper camera crucial. One caveat: I’m not a camera gearhead, I don’t have an opinion on sensor format, and to be honest, I’m too focused (zing!) on wrapping my head around learning the basics of ISO, aperture, shutter, and focal length. As for gear, I just like what I like, and adhere to the saying that the best camera is the one you have with you. For a writer accustomed to traveling light, that means a compact that both fits in a pocket and has easily accessible manual controls, preferably analog. When my beloved Canon G12 crapped out, I needed a quick replacement. I found two.

If you’re looking to balance ease of use with picture quality, and at a form factor that encourages not leaving it at home, the Canon PowerShot G7X Mark II is a no-brainer. It’s small but it's built solidly. The 24mm-100mm zoom makes the G7X hugely versatile, though it really shines in the sub-50mm middle focal lengths. It’s great in low light, has very little digital distortion in its widest angle, and in good natural lighting produces spectacular video footage, especially in personal video (i.e., vlogging) and where a larger camera would be a liability--like music festivals and motorsport events. It’s not as full-featured as my old G12, and at around $600, it’s not an entry-level choice, but for me, it’s been a lifesaver.

If you judge a camera solely by how it feels in your hands, the Fujifilm X100F compact absolutely crushes its rivals. It’s tactile in every dimension, from simple hand placement to the reassuring analog dials that handle functions other, sleeker cameras make you sort through LCD menu screens to find and manipulate. And while the X100F does have a handy joystick to navigate digital settings, the old-school shooting binnacle proves that some interfaces needn’t be updated for the digital age. In fact, if you learned to take photos back when the word “film” wasn’t an anachronism, you’ll love the X100F even more. ISO, shutter speed, exposure comp, it’s all where you can get to it intuitively. As a fixed-lens setup, with an effective focal length of 35 mm, this is a camera that’s all about intimacy, shooting up close and being immersed in the action, while mastering your light-speed-optics skills.

I’m not usually one for predictions, but expect to see tons of really stable video from YouTubers in 2019. Gadgets that can grab high-quality, smooth-tracking video on the go are in a booming innovation phase. Size is going down and quality is spiking. The DJI Osmo Pocket (photo at top) is only the latest in a family of 4K/60fps handheld gimbal products that are making everyone’s YouTube videos look like they were shot by Joey the Glidecam Operator. A gimbal is a pivoted support system, first devised for ships, that allows the rotation of an object around a single axis, keeping it upright with respect to the horizon, despite roiling seas (thanks, Wikipedia).

I’ve used a gimble mount for my iPhone, the Osmo Mobile 2 for a while and I love it, especially as the iPhone X’s video quality has become so good. The Osmo Pocket frees the phone up for what it was made for: epic Bricks and Balls sessions, while putting true, three-axis stabilization in a pocket-sized form factor. It’s a huge feature set, including active-track, which uses optical tech to follow a subject automatically, in a miniscule package.

With so many ways to shoot great video, and cheaply, the big differentiator for video creators is audio. If you capture great-quality sound, you could shoot a reboot of Mean Streets on a VTech Kidizoom Twist Connect camera and you’ll have Netflix pounding down your door for a two-season deal. But really good-quality, focused audio is an expensive proposition, and one area many new videographers are loathe to spend their cash. But there’s no doubt, the investment goes a long way. I’ve been using a combination of Sennheiser lavalier microphones and a Zoom H4n digital recorder for years, for both internet and TV video productions, and no joke, that combo has saved my ass too many times to count. Sennheiser’s lav mics lock down the audio signal and provide great range, amazing quality, and truly spectacular battery life. The latest version is the Sennheiser EW 112P G4 – G, which at around $600 is a big expense for a new producer (of course, you’ll need two for interviews). But once you start using them regularly, you will never regret shelling out the money.

For recording audio, my Zoom H4n is a workhorse, and the recently updated version is even cleaner, with better dynamic range. I’ve recorded every voiceover for every episode in all five seasons of /DRIVE on NBC Sports with an H4n, under a down comforter, and I’ve never had a single complaint from editors or the network’s quality-assurance department. For a small producer, there is just no better audio team for the money than the ol’ Sennheiser/Zoom pack.

Coffee is really important. Seriously. If you want good coffee wherever you are, get the Aeropress. It’s not all hype or just some hipster BS; coffee just comes out better when you use this thing. Matt Farah got me to start using an Aeropress and I’ve brought it everywhere. If you’re a solo coffee drinker who hates crap coffee but stays at chain motels that seem to pride themselves on the junk, this little science-project coffee maker will change your life. If you hate coffee, but love someone who loves coffee, buy them this.

Other than a traveling companion who doubles down on his Spotify trap mix, nothing kills a road trip faster than bad snacks. After bad snacks and crap music is dirty service-station bathrooms. After those two is poor cellphone reception, which like some EDM music can be a safety hazard. The WeBoost Drive Sleek signal booster can’t do anything about the music, snacks, and bathroom maintenance, but it can pull a weak cell signal out of the air and make it usable for voice and data, including 3G and 4G/LTE. It’s a little cumbersome to set up, but once you’ve got it dialed in, the system can find a distant signal and amplify it up to 32x. It won’t do anything if there’s zero signal, though. That’s where the Blue Cosmo Inmarsat IsatPhone 2 comes in. Coverage area: Earth.