The app uses pre-recorded messages from family and friends to discourage phone use. 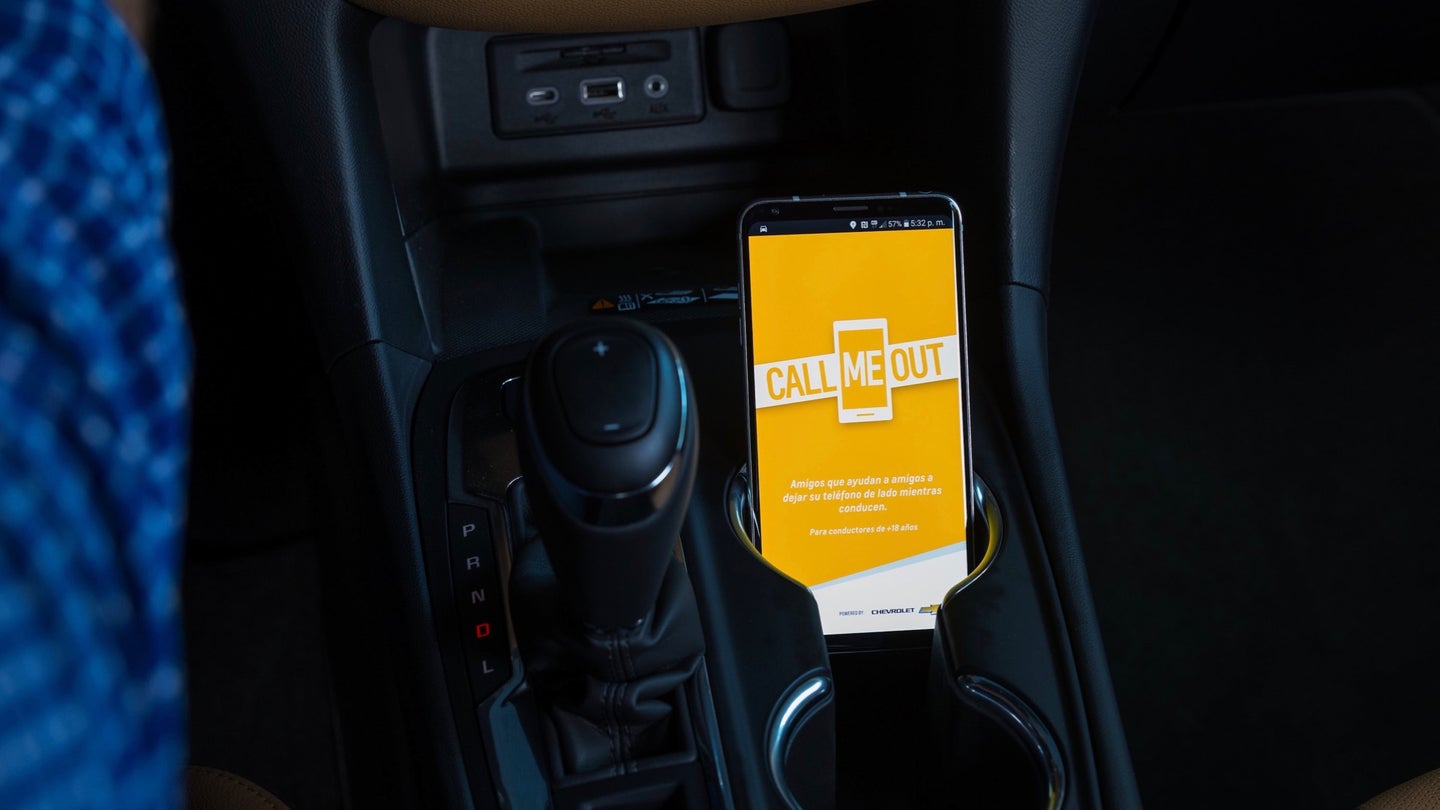 The app uses a phone's accelerometer and GPS to determine if the phone is being picked up while traveling at speeds above five miles per hour. If that movement is detected, the phone plays personalized messages from family and friends encouraging the driver to keep their eyes on the road and their hands off the phone.

Leaving no Silicon Valley trend unturned, the app also incorporates so-called gamification, in the form of a scoreboard and rankings. The less a phone is picked up while driving, the higher the driver's score. In addition to being extremely susceptible to guilt, Chevy apparently thinks most distracted drivers are exceedingly competitive as well.

A more creative solution for reducing distracted driving was needed, according to Chevy, because many people do it even if they're aware of the danger. The manufacturer cited a Research Now survey in which 84 percent of respondents said that driving while using a phone is dangerous, and 90 percent of respondents admitted to doing it. Yet the push by Chevy and other automakers to add increasingly-complex infotainment features to new cars seems at odds with the concern over distracted driving.

The app was developed through a hackathon hosted by Chevrolet. There, it challenged programmers to create a new way to curb a new way to reduce distracted driving. Chevy then partnered with students at Detroit's Wayne State University to test and refine the idea. Call Me Out is available to download through the Google Play Store, but Chevy hasn't announced an iOS version.