Inspired Flight just garnered a huge win by having the IDRA select its IF700 drone as the official commercial drone for the 2018 IDRA season. 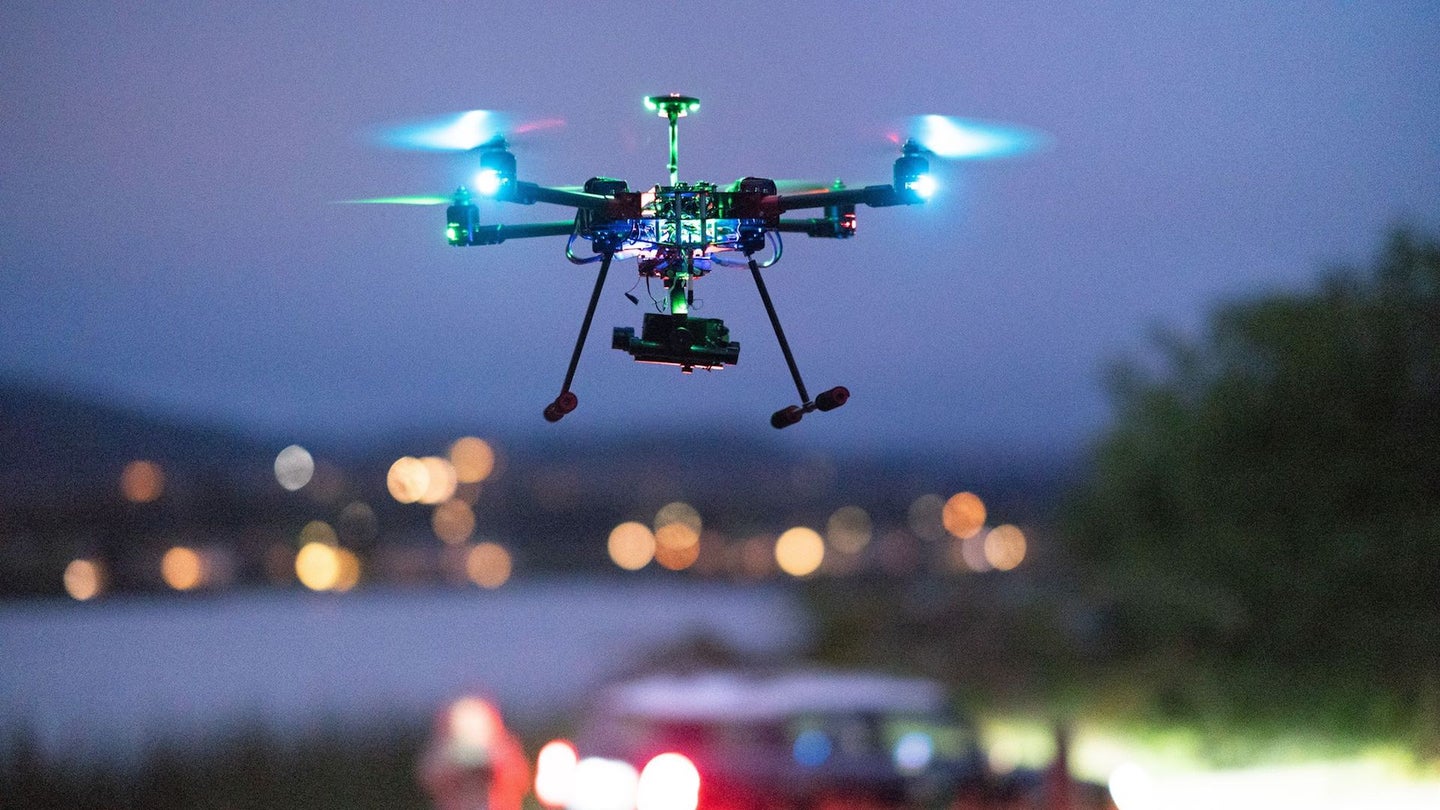 The International Drone Racing Association (IDRA) just named the Inspired Flight IF700 drone as the Official Commercial Drone for the 2018 IDRA season. According to the IDRA's press release, the drone is going to be injected into the IDRA’s marketing campaigns for the remaining 15 races of the season including the Dover Internationals and Finals at the Dover International Speedway in conjunction with NASCAR in October.

“We are excited to work with Inspired Flight again,” said IDRA President and CEO Justin Haggerty. “The Inspired Flight IF700 is an amazing aircraft, with many commercial applications. Although I haven’t had the opportunity to operate it, there are several technical aspects that pique my interests, like the [plug n’ fly] Bernoulli 3515 motors, retractable landing gear for full 360-degree imaging, folding arms for compact transportation, and swappable gimbal plates for modular imaging in the field.”

The last time we covered the IDRA was when the organization partnered with Miracle Flights, a nonprofit responsible for more than 114,000 free flights for ill children to distant medical facilities. For Inspired Flight, winning the IDRA’s support and resulting marketing and promotional boost is a huge achievement. “We are extremely excited to present the IF700 as the official commercial drone of the IDRA and to continue to build our relationship with them,” said CEO and Founder of Inspired Flight, Marc Stollmeyer.

The partnership should be particularly exciting for the drone manufacturer as its flagship drone has a high price-point, with increased consumer awareness likely resulting in higher sales. The $1,300 IF700 drone is pretty expensive, sure, but it’s one of the most all-encompassing professional drones available. With a 4K-capable camera, a 3D-mapping feature, and full 360-degree imaging capabilities due to the ingeniously designed retractable landing gear, this is quite an impressive unmanned aerial vehicle (for those who need these kinds of features).

While drone racing and drone manufacturing can rightfully seem like trivial fun and dull engineering to casual onlookers, they’re missing the forest for the trees. Drone racing is continuing to bring people of all ages, races, and genders together from all corners of the world. It can inspire a young kid to one day build his own drone, become a professional racer, or realize the vast potential of unmanned vehicles capable of carrying payloads. 3D mapping has already changed how engineers and architects approach projects, which is arguably shifting how an entire industry works. Ultimately, the International Drone Racing Association is continuing to bring drones into the mainstream, and if its support of Inspired Flight is any indication, that’s a company to look out for, as well.

The nonprofit responsible for over 114,000 free flights for ill children to medical facilities is targeting the drone racing community for donations.