The PHASA-35 is a lightweight, solar-powered drone that could stay in the air for a year, with potential ramifications for communications and imaging. 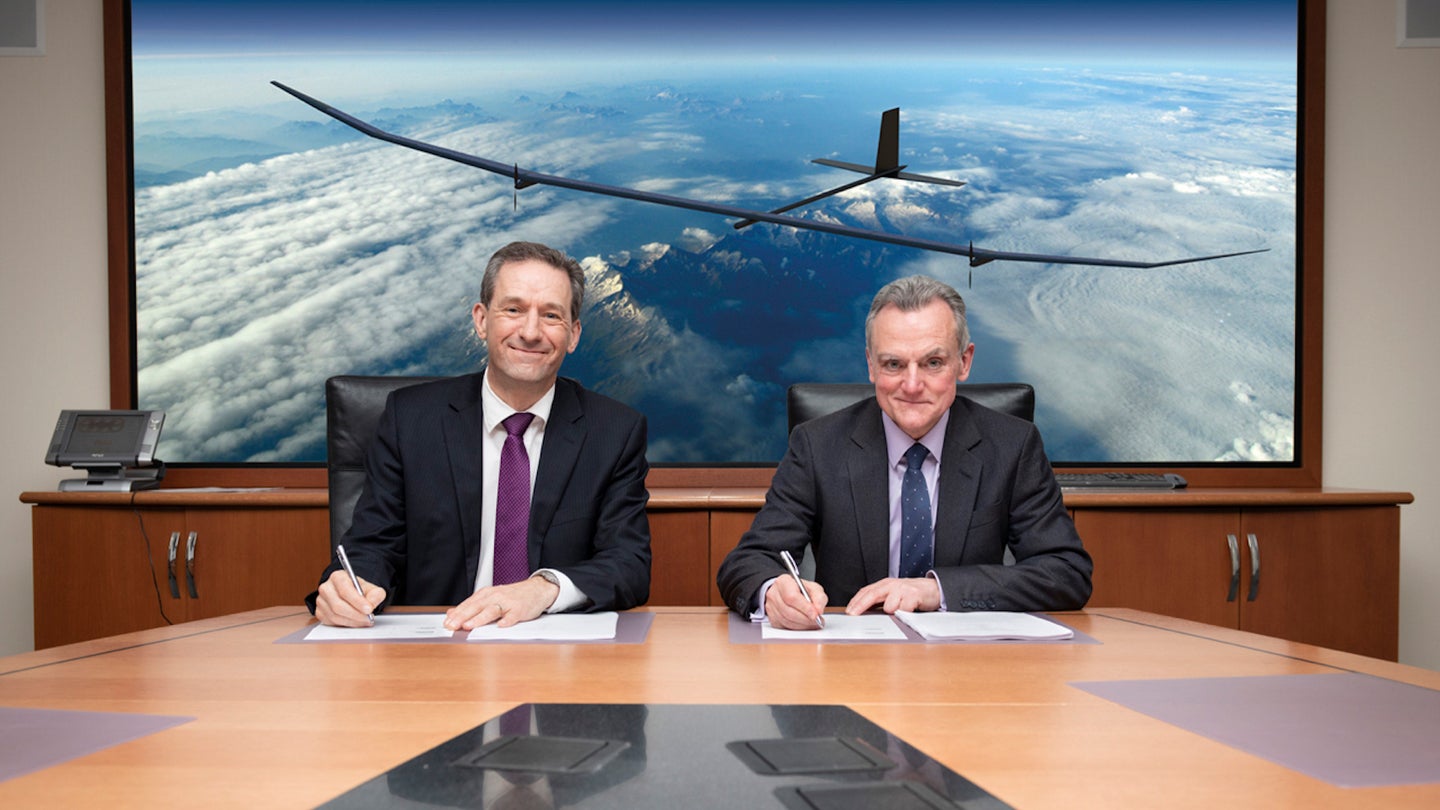 We’ve reported on a wide range of drones that can achieve a variety of flight times. While the SURVEYOR-HE, for example, can carry a 13.2-pound payload for 45 uninterrupted minutes, the Carrier H4 Hybrid has it beat by nearly four hours. According to Digital Trends, however, there’s a new drone in town—a solar electric one being developed by BAE Systems and Prismatic, which could potentially stay in the air for an unbelievable 12 months.

The PHASA-35, as the companies call it, is a high-altitude, long-endurance drone. We’ve reported on similar UAVs before, such as Russia’s solar-powered LA-252, which operates at an altitude of 9 to 13 miles and can thereby stay adrift for days at a time. The PHASA, however, uses sophisticated battery technology in addition to its lightweight solar cells, and again, has its competitors beat by, well, an entire year. The ingenious element here is that the batteries are reportedly charged by the reliable and free solar power from our sun, so that the UAV can operate around the clock.

“PHASA-35 is an air vehicle that is being developed to be capable of flying in the stratosphere at 70,000 feet above the earth, and is anticipated to fly for up to a whole year at a time,” said a BAE spokesperson. “The platform can achieve these previously unseen performance characteristics due to its extremely lightweight and innovative carbon fiber construction, coupled with its highly efficient solar panels which are able to power the vehicle and also charge the batteries for nighttime operation.”

As you can probably tell, this isn’t your traditional hobby quadcopter, and wouldn’t even fit inside your house. The PHASA has a reported wingspan of 35 meters, which is about two-fifths as tall as the Statue of Liberty. It’s the drone’s lightweight nature, weighing a mere 150 kilos, in addition to the battery and solar powered core, that allows for this albatross of a drone to stay in flight for so long.

According to Digital Trends, this thing has been in development for two years, with a successful test flight of a much smaller model achieved last year. The plan is to get two more prototype test flights done before the intended 2019 completion. Intended uses range from communications (similar to Facebook’s drone) to extending GPS coverage to desolate areas and optical imaging purposes. Hopefully, we’ll get to see this thing in action no later than the second half of next year, with some high-definition video footage in tow.