Like similar systems for cars, Daimler's Active Brake Assist 4 can automatically detect and stop for pedestrians. 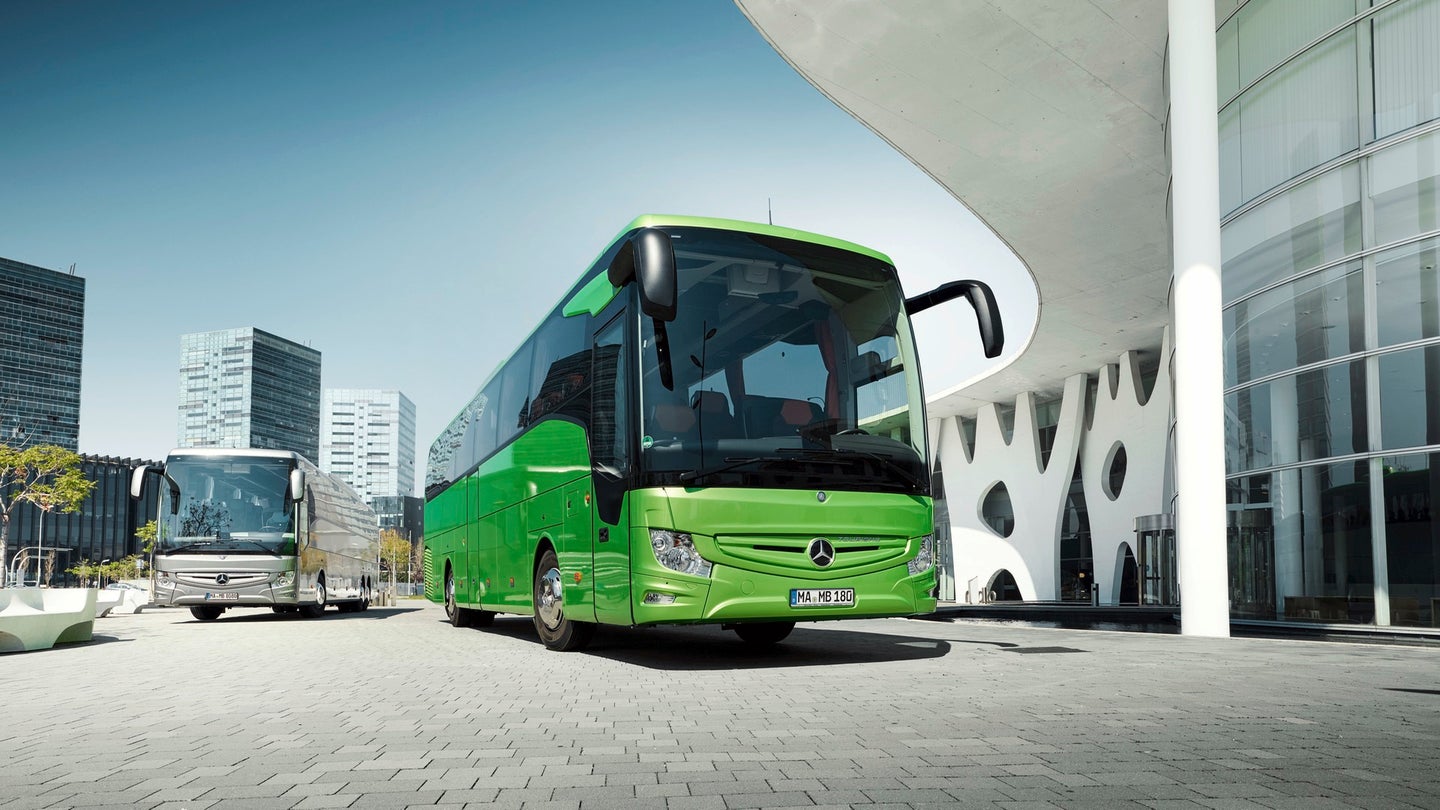 Buses are subject to the same hazards as cars and, as a collision and fire that may have left as many as 18 people dead in Germany shows, the consequences of a crash can be catastrophic. Daimler hopes to increase safety by adapting a feature that's already fairly common on passenger cars.

Like similar systems available in cars, Active Brake Assist 4 provides audio and visual warnings to the driver, and applies the brakes if the driver doesn't take any action. The system's radar can detect four-wheeled vehicles and stationary obstacles at a range of up to 820 feet, bicycles and motorcycles at up to 524 feet, and pedestrians at up to 262 feet, according to Daimler.

Active Brake Assist 4 will launch in Spring 2018 on the Mercedes-Benz Tourismo coach bus. It will be available on the Setra ComfortClass 500 and TopClass 500 buses as well. Adding the system requires specifying adaptive cruise control, since both features rely on the same radar sensors.

Perhaps because the technology is so readily available through its Mercedes-Benz car division, Daimler hasn't been shy about adding car-like electronics to its commercial vehicles. Some Mercedes commercial trucks even feature Apple CarPlay smartphone connectivity, and the company has dabbled with autonomous buses.