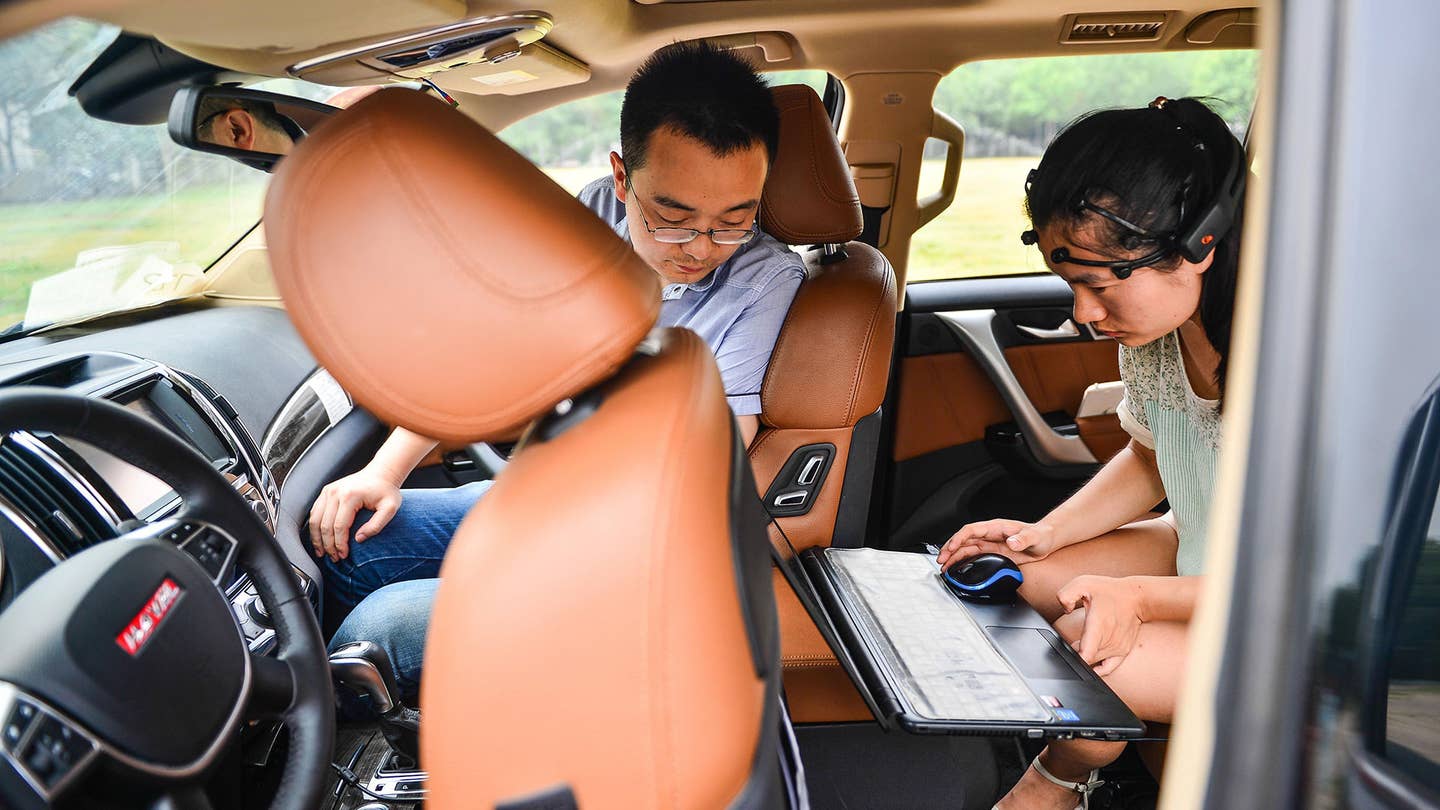 Just as we were warming to the idea of self-driving cars that required no cognitive exertion from their occupants, China has developed a mind-controlled car. Our brains would be blown, were they not busy depressing a cigarette lighter in an SUV prototype somewhere near Tianjin.

Reuters reports that engineers at Tianjin’s Nankai University have successfully tested a system that translates a motorist’s thoughts into motion. A great leap forward or a sign of the End Times, we’re not sure, but it has definitely got our synapses firing overtime.

Zhang Zhao, a lead researcher on the project, told Reuters that 16 sensors arrayed like nodes in a crown pick up electroencephalogram, or EEG, signals from the driver’s brain, and translate those signals into forward movement. Not just forward, mind, but backward, too. Door locks and brakes are also within the EEG ninja’s power. "The tester's EEG signals are picked up by this (brain signal-reading) equipment and transmitted wirelessly to the computer,” Zhang said. “The computer processes the signals to categorize and recognize people's intention, then translates them into control command to the car. The core of the whole flow is to process the EEG signals, which is done on the computer.”

The vehicle used in the tests is a Great Wall SUV. The Hebei-based company has sent its SUVs and crossovers to prospect outside of their homeland, making it one of the few Chinese carmakers with an export strategy. Great Wall is a darling of investors, too, and has even garnered praise from Ford Motor.

As for an endgame to the Nankai University team’s experiments, there are no plans to adapt the technology for production. But associate professor Duan Feng suggests that drivers should welcome such innovation. “In the end, cars, whether driverless or not, and machines are serving for people,” he told Reuters. “Under such circumstances, people's intentions must be recognized. In our project, it makes the cars better serve human beings."