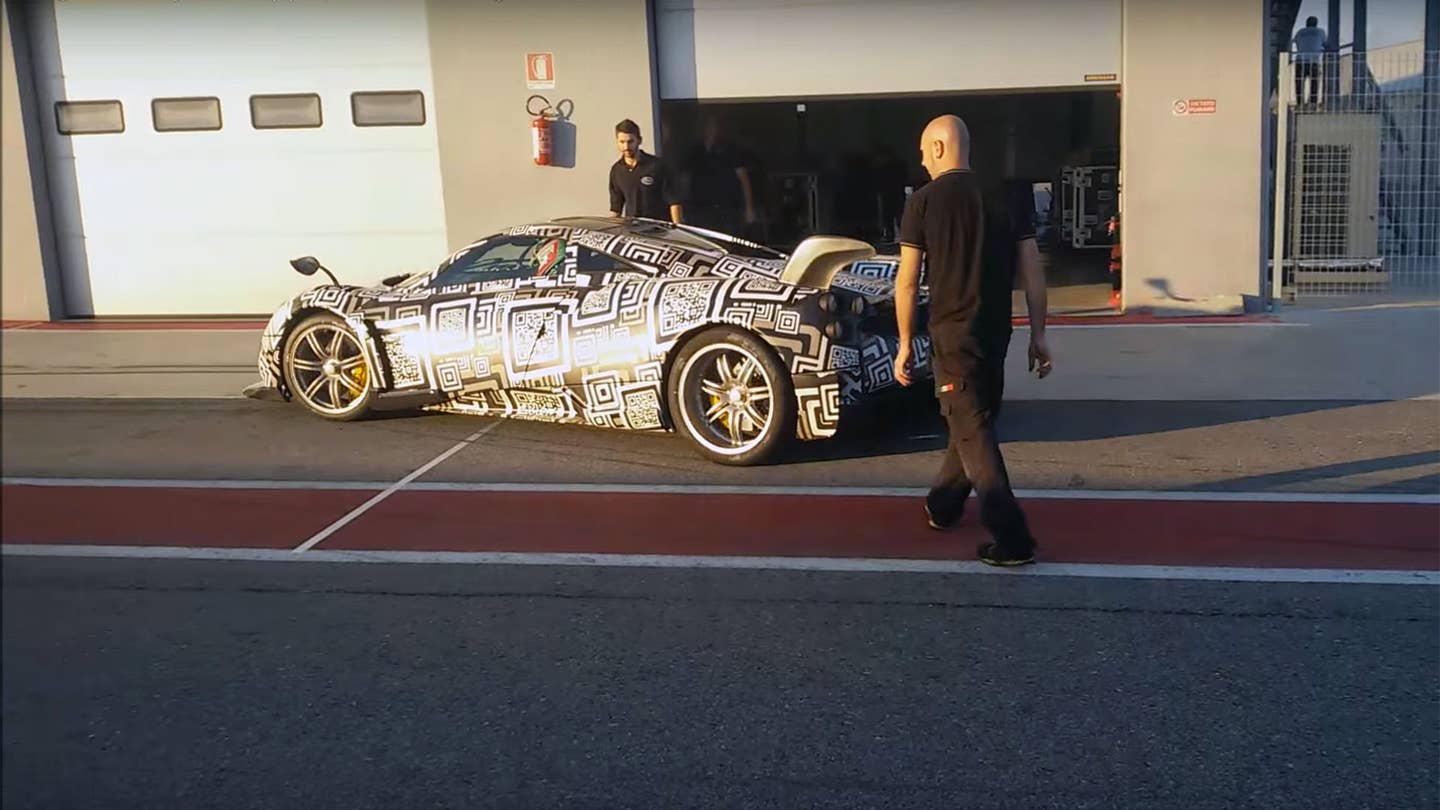 The current Pagani Huayra is an absolute monster. Curb weight under 3,000 pounds, twin-turbo AMG V12. It’ll get to triple digits in less than seven seconds and tops out over 230 mph. And we may have just spotted a more monstrous version.

See: This video, just surfaced from San Martino del Lago Autodromo in Italy, which shows a camouflaged Huayra in testing. Judging by the aggressive aero package, this could very well be the rumored Huayra S. Which, we’ve heard, is a hardcore, track-focused variant, both more powerful and at least 100 pounds lighter. You never know what Mr. Pagani has up his sleeve. But, lord, we hope it’s a Huayra S.