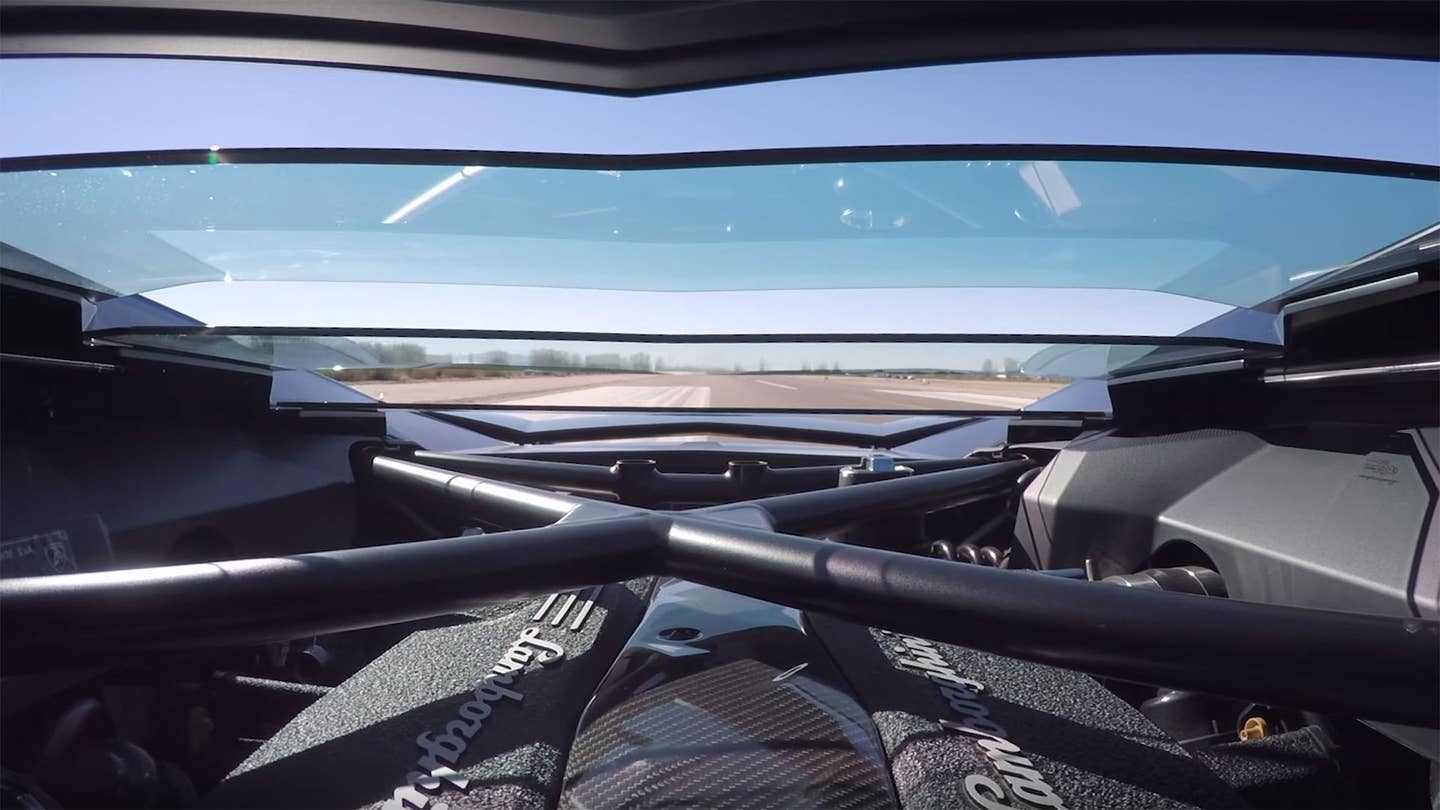 Underground Racing. You’ve probably heard of them, a little tuning shop out of Charlotte, North Carolina, specializing in turbocharging things that weren’t meant to be turbocharged. Vipers. Ferraris. Mostly, the company does Lamborghinis, like this Aventador LP 700-4.

The mechanicals, as you’d expect, are pretty incredible. Race-spec engine block with billet rods and custom pistons; custom clutch and billet flywheel; billet axles, billet differentials both front and rear. This Avendator needs all that, because it’s in the neighborhood of 1,200 horsepower.

Last week, the car ran at Omega Motorsport's No Flyzone half-mile drag race in Maricopa, Arizona. Underground says that makes it the first twin-turbo Aventador to compete in any kind of event. Results? Two hundred seventeen miles per hour. But this is not the world’s fastest Lamborghini.

It is not the world’s fastest Lamborghini, because that title belongs to another Underground Racing stud. See: The company’s twin-turbo Huracán, a 2,300-horsepower monstrosity that trapped 238.6 mph in the half-mile just last month. But this is the world’s fastest Aventador. It has a V12 and makes fantastic wastegate noises and would scare the pants off anybody you know. Hell of a thing. Watch it tear up the runway in the video below.