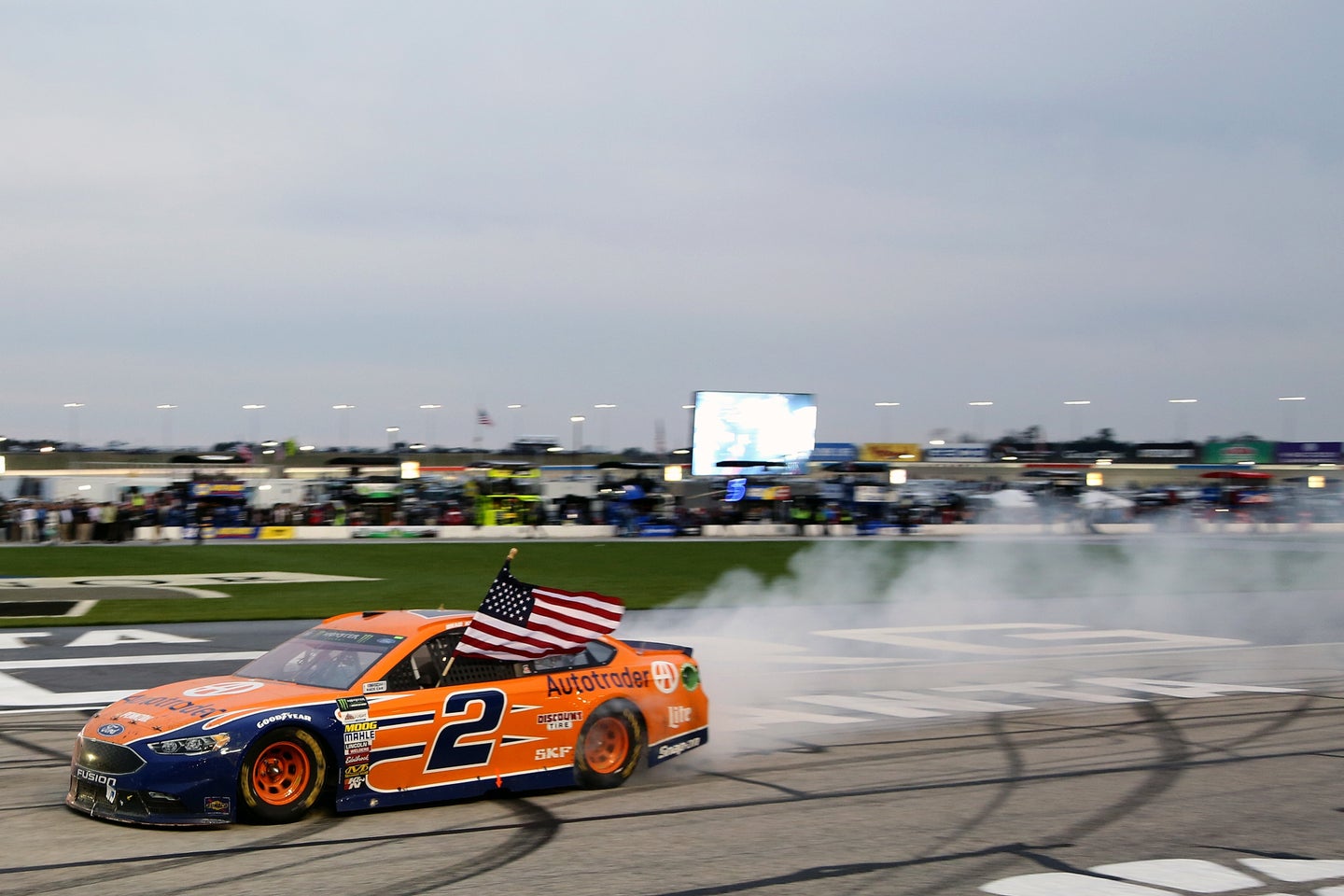 Brad Keselowski pulled off the win for Penske Racing in Sunday's Folds of Honor QuikTrip 500 NASCAR race at Atlanta Motor Speedway, but Kevin Harvick dominated the day—leading 292 laps of the 325-lap event.

Harvick looked to have the race win on lock, he even won the first two 85 lap stages, but a pit lane speeding penalty during the final round of pit stops relegated the Stewart-Haas Racing driver to the back of the field. This is familiar territory for Harvick at Atlanta, he has led the most laps in five of the last six Atlanta races, but has just one win—all the way back in 2001 when he filled the seat left by Dale Earnhardt Sr.'s passing.

Harvick wasn't the only driver to encounter problems speeding on pit lane. Seven-time champion Jimmie Johnson got dinged twice for the infraction, as did Matt Kenseth, and Joey Logano, Martin Truex Jr., Chase Elliott and Dale Earnhardt Jr. were also on the receiving end of just some of the pit lane speeding violations NASCAR handed out.

Despite Harvick's penalty with just 11 laps to go, Penske and Brad Keselowski didn't inherit the win by any means. The No. 2 crew worked their way to the front thanks to off-sequence pit stops and Keselowski muscled his way past then-leader Kyle Larson to take the win.

Larson would go on to finish second, with Matt Kenseth, Kasey Kahne and Chase Elliott rounding out the top five. Harvick worked his way from the back of the pack with 11 laps to go to ninth at the line. Not the win he was looking for, but overall, not a bad points day for the No. 4 team.