Supercross Takes Over Anaheim for 2018 Season 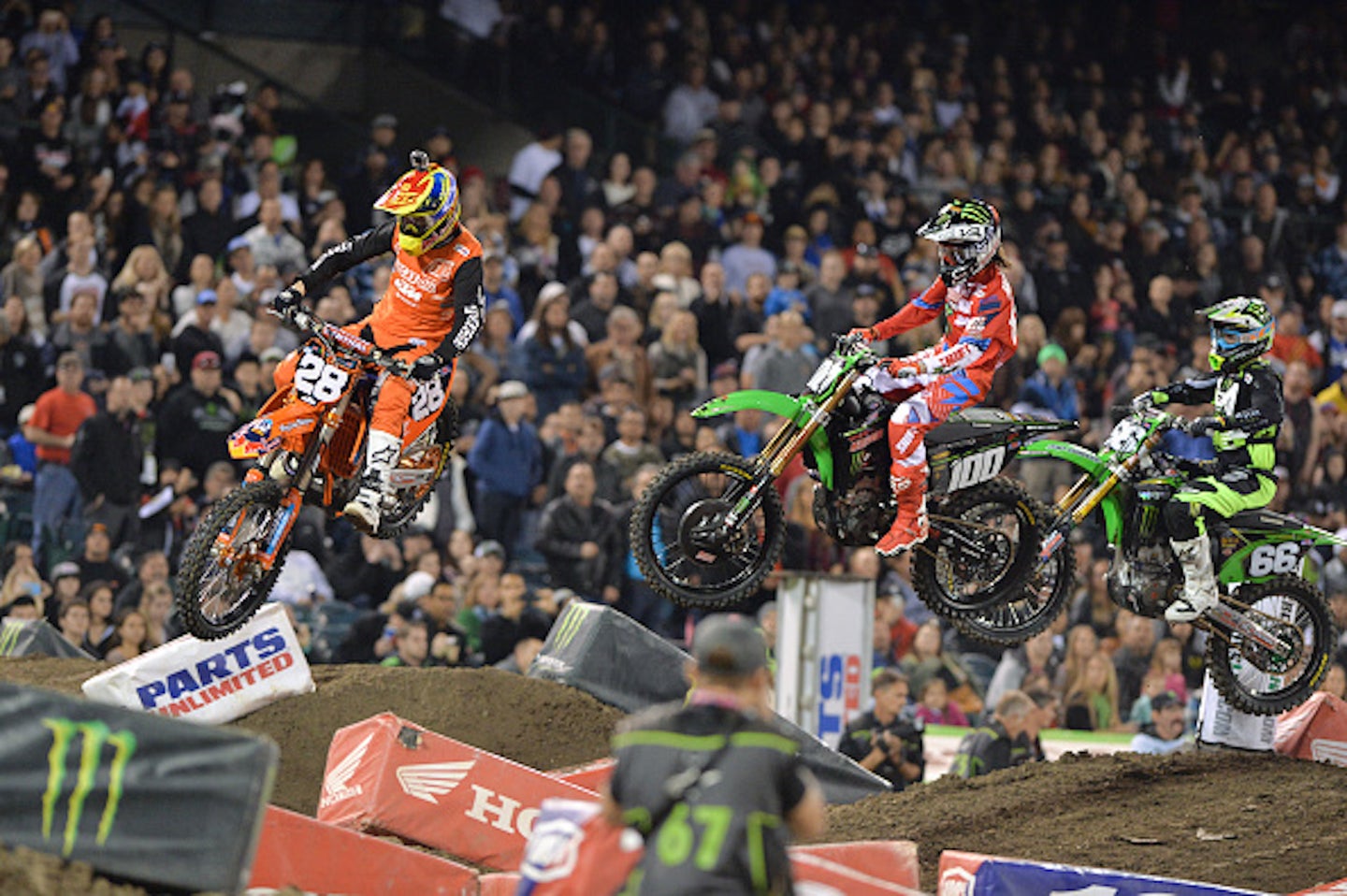 This was the third race of the 2018 Monster Energy Supercross series, a four-month-long indoor dirt bike competition that challenges drivers’ speed and stamina on different tracks all over the country.

This year is the first time in two decades that Monster Energy is using a Triple Crown system, which cumulates points from all three races per track and eliminates previous semi races. The rider with the highest amount of points, measured by speed and failure to crash, will take the ultimate crown. This system will ensure a more competitive race.

In the 250 Main, Joey Savatgy, a Georgia-based rider who drives a neon green Kawasaki, came in first overall with 26 points.

Shane McElrath, who won the first 250 Main in Anaheim on January 6, placed second. McElrath lagged behind last night, taking 5th place in the first race, but redeemed himself in the remaining two.

In the 450, Cole Seely, Brayton, Eli Tomac, Jason Anderson, and Justin Brayton were top contenders for each round. Tomac placed first overall with Seely in second, Anderson in third, and Brayton in fourth. View the rest of the results here.

Ken Roczen, the 23-year-old who previously won Supercross Lites and was a world motocross champion at age 18, only placed ninth overall. Roczen is still recovering from a traumatic crash in Anaheim 2 last year, in which he dislocated his wrist and elbow.

Overall, it was an eventful evening. The commentators spent most of the 2.5-hour-race discussing Roczen’s recent injury, their high expectations for McElrath, and Tomac’s comeback after he suffered a shoulder injury at Anaheim 1.

The next race will take place next Saturday at the University of Phoenix Stadium in Glendale, AZ, and the competition will continue south and east until the final race in Las Vegas on May 5.

These Incredible Photos Show Supercross Is Actually an Air-Based Sport