Gearbox gremlins will have Bottas starting no higher than sixth for Sunday's British Grand Prix. 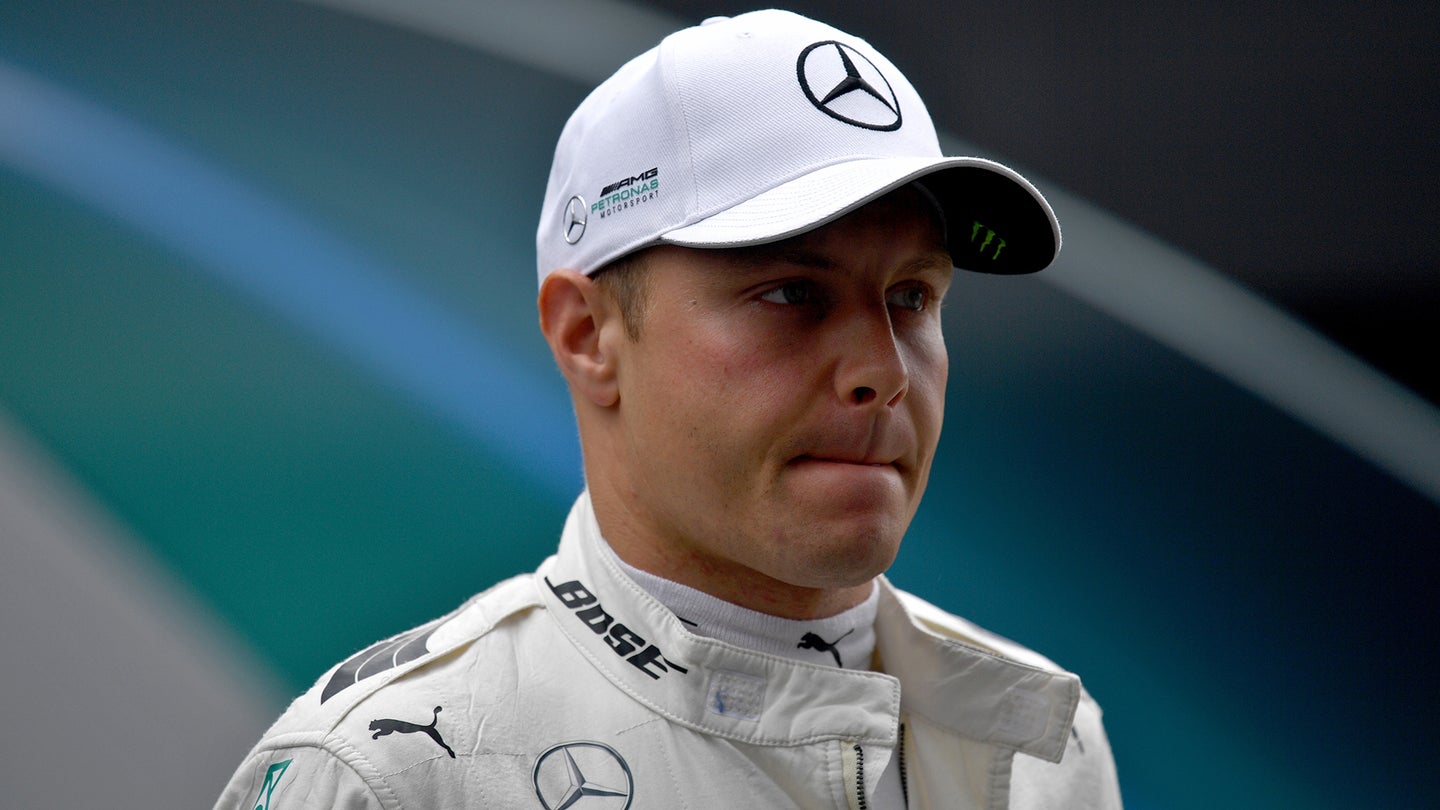 Mercedes driver Valtteri Bottas will be starting the British Grand Prix with a five-grid-spot penalty on Sunday. The team has confirmed that a gearbox change is necessary to make it through the weekend. After topping the time sheets for the first two practice sessions of the weekend, Bottas will start no higher than sixth on Sunday unless other drivers who qualify up front also receive penalties. Mercedes has said that the same issue that caused Lewis Hamilton to require an unscheduled gearbox change in Austria has affected Bottas's car as well.

Bottas has been making ground on Hamilton and Sebastian Vettel in the drivers' points standings. Starting behind them, which is likely, won't do him any favors. But Bottas has been driving exceptionally well the last few races. He stormed from a lap down to second place in Azerbaijan and won in Austria. He was the man to beat in Friday's practice sessions at Silverstone. With a consistent race pace, a good pit strategy, and maybe a little luck, a win isn't out of the question.

Bottas currently sits third in the points, with Hamilton in second with 151 and Vettel leading with 171. Another win, plus some bad luck knocking his competition back into the pack, and Bottas is right back in the middle of the fight for the championship lead. It's expected that Vettel with have a grid penalty or two in the near future, as Ferrari will need to use more than the allocated amount of some power unit components; that will certainly shake things up a bit when and if it happens

Bottas should not count on that to help him close the points gap to Vettel, though. In the long run, it might limit the damage if Bottas doesn't at least finish on the podium this weekend. The British Grand Prix is the end of the first half of the season, and the championship is still anyone's for the taking. Well, "anyone" so long as your name is Vettel, Hamilton, Bottas, or Daniel Ricciardo. We'll see where everyone stands after Sunday's race.