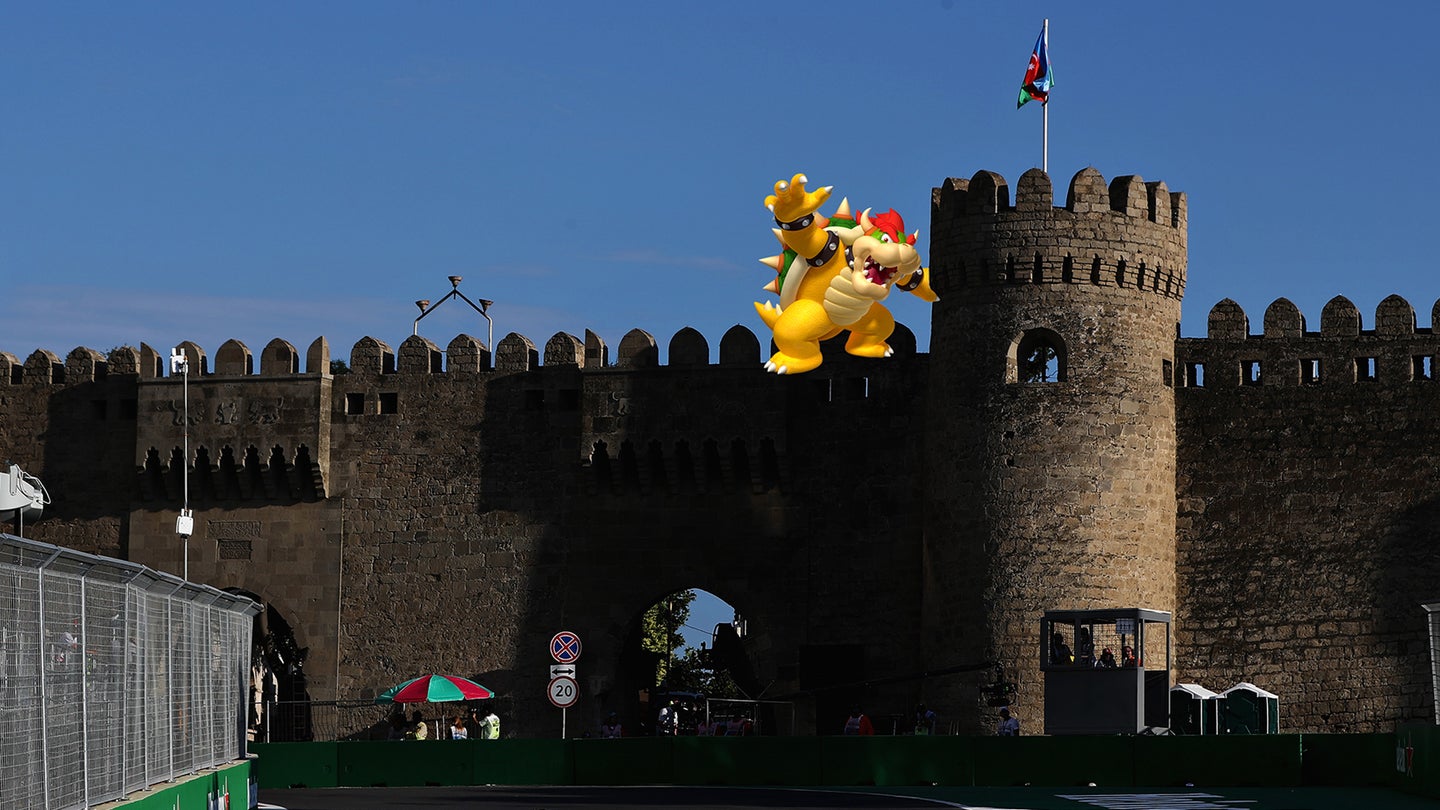 Force India's Sergio Perez was the first victim of Turn 8 at the Azerbaijan Grand Prix. During Free Practice One, Perez put his car in the wall next to Bowser's Castle, doing significant damage to the right side of the car. The right rear wheel was ripped off with the drive shaft still attached.

Bowser must have thrown a red turtle shell at him as he approached the corner. He clipped the inside curbing of the tight, awkwardly shaped turn. This sent his car into a section of track wall that sticks out just a bit, helping to define the crooked shape of Turn 8.

His car continued on, hitting the wall again a little further up the track. This brought out a red flag so the car could be removed and the debris field picked up.

The crew at Force India got Perez's car rebuilt and on track for Free Practice Two. Just to keep his mechanics' nerves on edge, Perez brushed the same wall in Turn 8 again.

Perez wasn't only driver who owes his crew a round of drinks tonight. Renault's Joylon Palmer hit the wall in Turn 8 in Free Practice Two, bringing out a red flag to clear the track.

In case you don't know, Bowser's Castle is a track on Nintendo's Mario Kart 64, which you can watch a video of below. If this year Formula One race in Baku goes anything like last year's, you might better off just watching this video again on Sunday morning.

Formula One Could Have Two New Teams by 2019, FIA Boss Says

Jean Todt looks to expand the series even further in the next couple of years.