60 Years of the F1 World Constructors' Championship: A Guide

How far back does Mercedes' lineage go? How many times McLaren won the championship? Answers here! 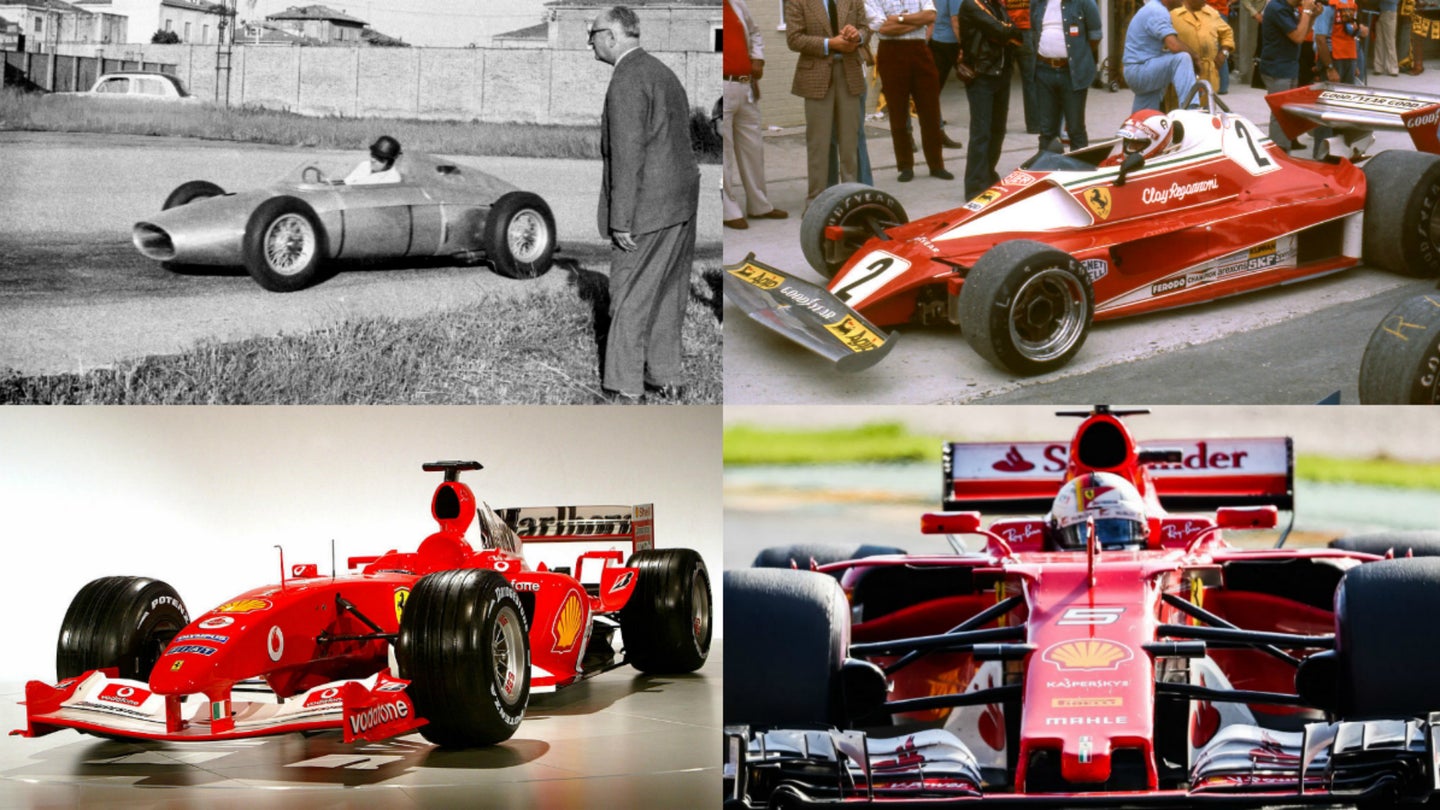 Late last year, I found myself curious about some of the history of the Formula 1 World Constructors' Championship. Who won the most championships? How many times were teams disqualified? The only way to answer these questions was to spend several hours yanking numbers from Wikipedia to compile into a Google spreadsheet, one which became a chronological history of the World Constructors' Championship, complete with color coding and pretty little trophy symbols. Early on, I had to make a few calls on what data to exclude, because was enough fluff data to write a volume rivaling Tolstoy's War and Peace. There were dozens of teams who were either one-off entries in Germany or at the Indianapolis 500, there were customer teams who never built so much as an axle for their car, and there were teams that never competed in enough events to be worth tracking.

As a result, I had to set some requirements that teams need to have met to be worthy of inclusion in this chart, and they are as follows. Teams that competed between 1950, when Formula 1 regulations were introduced to Grand Prix racing, and 1957, the final year of competition before the first WCC, must have competed in more than one championship event during this period. This counts out Indy 500 entries, Bugatti, and the countless one-off entrants. With some notable exceptions, the timeline is also limited to factory teams and constructors, with customer teams being mostly excluded. From 1958 and beyond, the era of the WCC, only teams that scored championship points at least once in their history made the cut, which cuts out Life and Pacific. The now insolvent Caterham has been included due to how recent they competed in Formula 1.

Finishing places and trophy emojis denote the team's finishing position in the WCC. The presence of a pair of numbers separated by a slash, like 2/9, means that the chassis was entered by multiple teams that used different engines, as the varying chassis-engine pairings were scored separately. A filled-in square that lacks a number indicates that the team did not score points that season, and was thus not classified in the WCC. This applies exclusively to the old points system, where only the top six classified race finishers received points, as opposed to the current system, where the top ten classified race finishers receive points.

For those uninterested in how Lola and Dallara became embarrassingly intertwined with equally weak Formula 1 entries, or the fate of Sir Frank Williams' first attempt at launching a Formula 1 team, here's a boiled-down, bulleted list of facts for those who have an attention span as poor as my own.