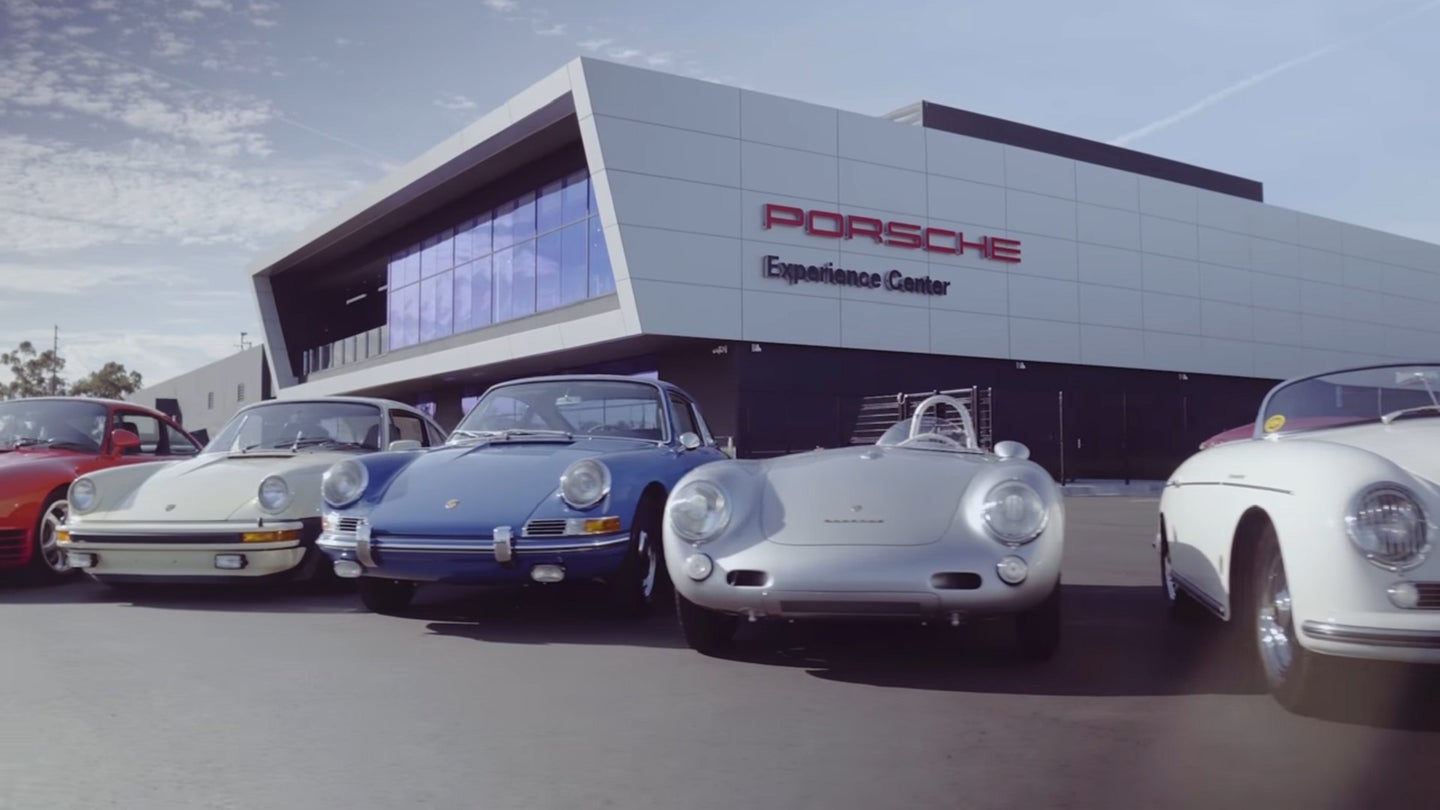 This weekend Porsche debuted their new documentary "Porsche: Decades Of Disruption" on CNBC. In case you missed it, we have the entire episode, presented without commercials (as it is itself a commercial, we suppose), below. It's definitely worth 25 minutes of your time.

Join Porsche racers Pat Long, CJ Wilson, Derek Bell, and Tommy Kendall, along with Porsche collector Spike Feresten, Porsche historian Dieter Landenberger, and Porsche's own Frank-Steffen Walliser as they talk about the eight Porsche models that exemplify the story arc of the company over the last seventy years. The cars in question, Porsche's original 356, giant-killing 550 Spyder, iconic 911, daunting 911 Turbo, game-changing 959, motorsport-derived Carrera GT, World-beating 918 Spyder, and the new super-sedan Panamera Turbo S E-Hybrid, are individually great cars, but together they add up to one of the best sports car companies in the world. Each of these cars changed the game in one way or another, making the competition sit back and rethink how cars are made.

I'm not usually one to appreciate self-congratulatory productions like this one, but if anybody deserves it, it has to be Porsche, right? Each of the narrators of this video are truly enthusiastic about the brand and the products they create. Each of the cars in this group of eight has taken the available technology of the era and stretched it to the absolute limits of what is expected from a road car.

The final ten minutes of the video focus entirely on the new Panamera, including CJ Wilson and Pat Long driving the Panamera Turbo around the southern California Porsche Experience Center private track, before moving into the discussion of the new Panamera Turbo S E-Hybrid. It's interesting to note that most of the engineering team behind the 918 Spyder were moved to the Panamera program, and their expertise was applied there.

Yes, it's a half-hour commercial for the new Panamera, but it's a damn entertaining one. It's a bit of an egotistical way to promote your new sports sedan, sure, but Porsche has probably earned that right. Porsche has spent their entire existence as a car company disrupting the industry, setting and then resetting the benchmark. It's safe to say we're looking forward to the Mission E project to see how that 'disrupts'.

KBB Calls Porsche’s 718 “The Finest Sportscar On The Market”

They even make that claim without any price constraints.